The Sinking Of The USS Indianapolis And The Harrowing Aftermath

It was a highly top secret mission that brought the USS Indianapolis to the moment of her demise. She and her crew had just completed their highly secretive mission, having delivered the parts for the first atomic bombs to the U.S. airbase on Tinian Island. It was only a little more than a month before the terrible war in the Pacific would be over when the unimaginable quickness of death came to her.

Just a few minutes after midnight, on July 30, 1945, the crew of the Indianapolis was awakened by the terrible blast of the first torpedo from the Japanese submarine, I-58.

Only moments later she was hit by a second torpedo. 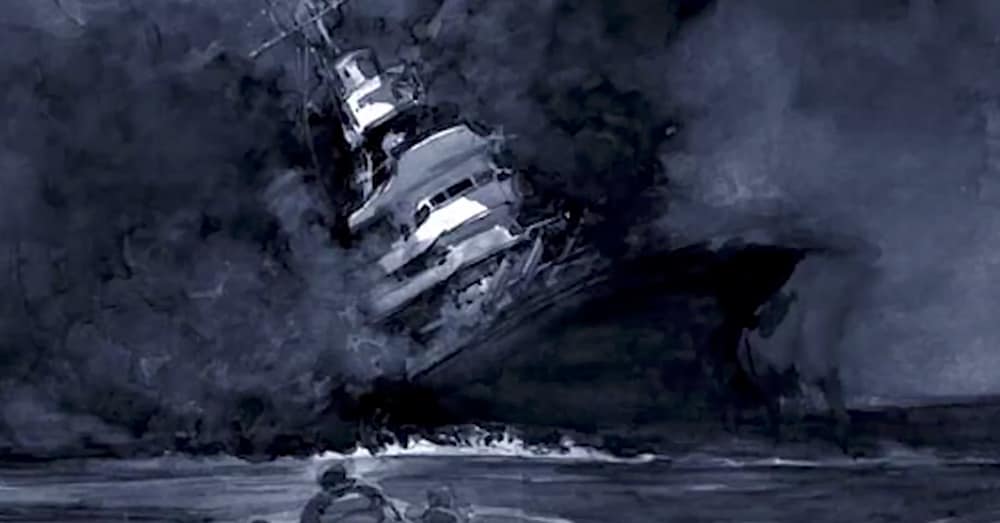 She listed frighteningly quickly to her starboard side throwing many of the men who had been asleep on her decks because of the terrible heat of that tropical night in the berths below, over the rails and into the sea. Unbelievably, the great ship sank beneath the waves in only 12 minutes.

The Indianapolis had a crew of 1,196 when she was struck. Three hundred of her crew went to the bottom of the sea with her. Some 900 were left floating in the darkness of night, in the warm waters of the Pacific Ocean with only a few life raft—not enough for all of the men who found themselves suddenly floating in the immensity of the sea, some without even life jackets. 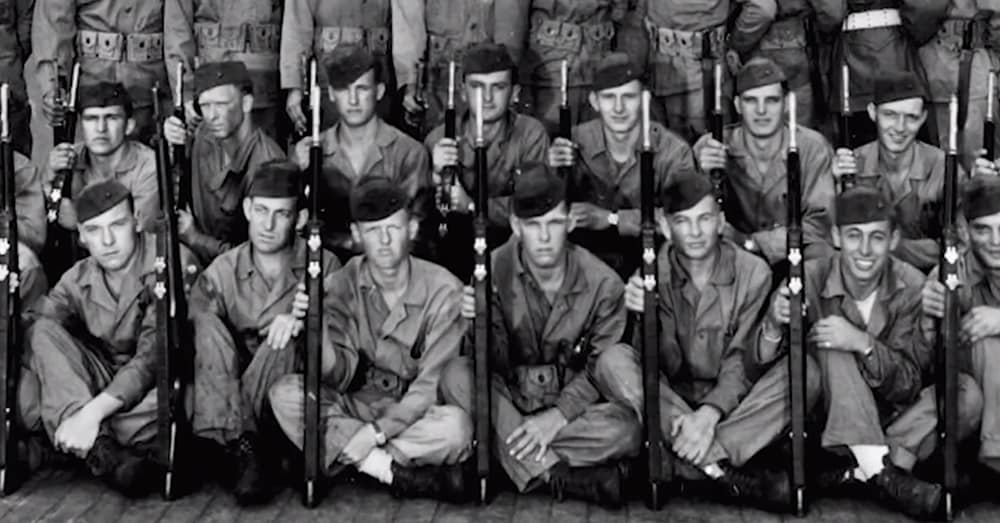 Those approximately 900 who survived the sinking faced exposure to the elements, dehydration, saltwater poisoning, and, worst of all, sharks for the next four days. They knew that they had to stick together to ward off the sharks. They knew that they should not drink the water, but floating in the open sea, under a tropical sun all day long and shivering at night, they got thirsty. Some submitted to the temptation to drink that seawater and became delirious. They started to imagine that they saw ships coming to save them, or islands to swim to, and they began to swim away from the security of the group.

It would not take long before they were hit and taken by the many sharks that were cruising around them throughout those four days. 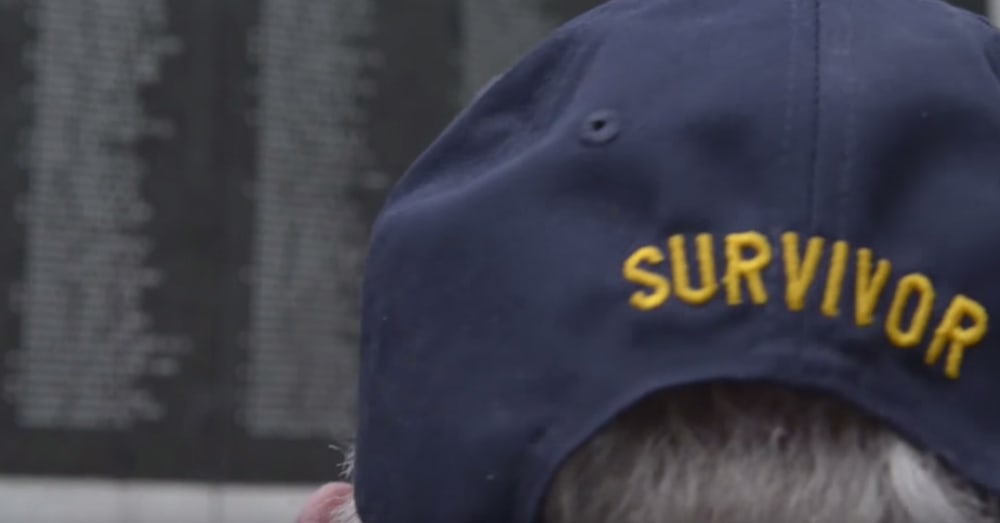 Source: YouTube/MAHARBAL5022
The hat of a surviving crewmember.

Some of the others succumbed to injuries received during the torpedoing, or became too weak and could not stay afloat and drowned. One of the reasons that they were left out there for so long was that, because of the nature of their mission the Indianapolis, which was the flag ship for Admiral Raymond Spruance, the commander of the 5th Fleet, they had been ordered to maintain radio silence.

The ship sank so fast that no SOS was sent and the Navy did not know what had happened to her or her position at the time of the sinking. 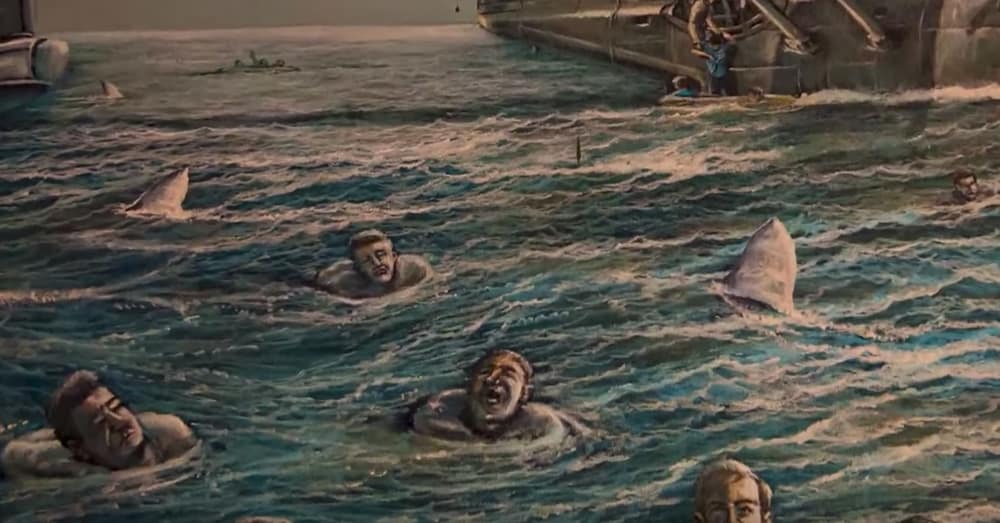 The first that the Navy knew of what had happened to the USS Indianapolis was when the remaining survivors were spotted floating in the sea by a PV-1 patrol plane on a routine patrol. When the rescue units arrived they picked up only 317 men. That was all that remained of the 900 survivors of the sinking.

The sinking of the USS Indianapolis was the US Navy’s greatest tragedy of that war. And it happened only a month shy of the war’s end, which the Indianapolis and her Navy and Marine Corps crew had made possible by successfully delivering the bomb materials for the “Fat Man” and “Little Boy” atomic bombs to Tinian. 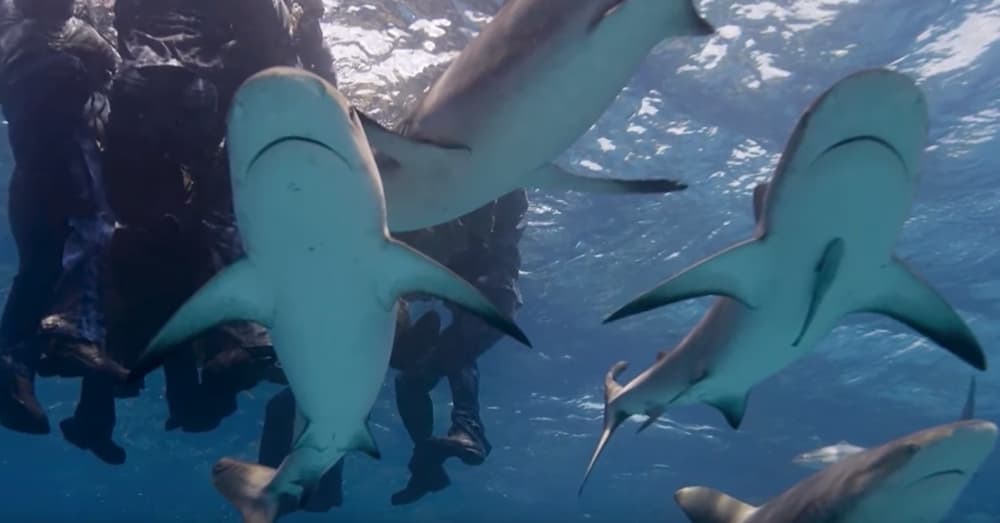 Source: YouTube/MAHARBAL5022
After the ship sank, sharks killed more of the crew members.

On August 6th and 9th, 1945 those bombs were dropped over Hiroshima and Nagasaki, only days after the USS Indianapolis went down.

The sinking of the USS Indianapolis was and continues to be the greatest loss of life at sea in the history of the United States Navy.
Learn more in the video below.

The Veterans Site sends its sincerest respect and thanks to the 31 survivors of the sinking of the USS Indianapolis who are still with us today. We send our condolences to the families of all those who were lost. We will never forget your sacrifice.