The U.S. Once Had Its Own Version Of The Ancient Spartan Immortals

To know your history is to know who you are and how you got here. The study of our history is ultimately important to the survival and continuation of our country.

Freedom is not free. This nation’s freedom was won in blood. It was built upon the noble desire to bring about a concept of self-governance and freedom like the world had never seen before. Abraham Lincoln would eventually define that concept most clearly in his “Gettysburg Address” when he said that it was “a government of the people, by the people and for the people.”

The following story is one of those pieces of our American history that we all should know.

Most people have probably heard about the heroic stand of the Spartans warriors at Thermopylae in 380 BC, where 300 of them held off the entire Persian Army in an ultimately suicidal rear guard action, giving the Greek armies time to retreat and reform in 380 BC. They became known to the Greeks as “The Immortals.”

Well the Continental Army of the Revolutionary War has its own “Immortals.” They are called “The Immortal 400.” Here is their story. 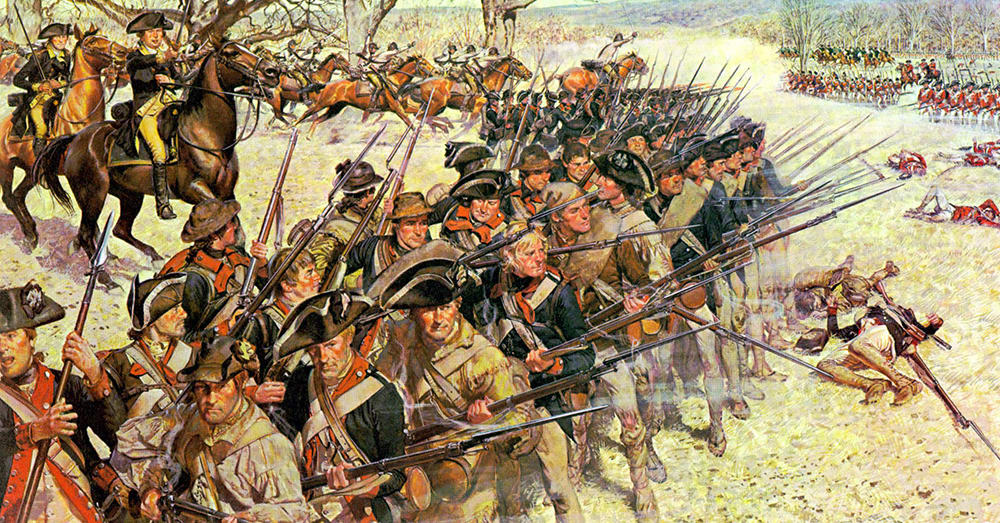 Source: Wikimedia Commons
The veteran First Maryland Continentals throw back a British attack and counter with a bayonet charge.

On August 22, 1776, the first major battle of the Revolutionary War was fought on Long Island, just a little over a month after the signing of the Declaration of Independence. General William Howe landed a force of 20,000 Redcoats on Long Island and began a fierce attack on General George Washington’s Continental Army. The Continentals were severely outnumbered and were on the verge of being defeated.

While Howe had committed large numbers of his forces into head-on battle with Washington’s troops, he was also moving some of his forces to take up positions behind Washington’s Continental Army in order to put them into a pincer.

It was not looking good for the Continentals. They needed to retreat from the field to be able to regroup and to fight another day. 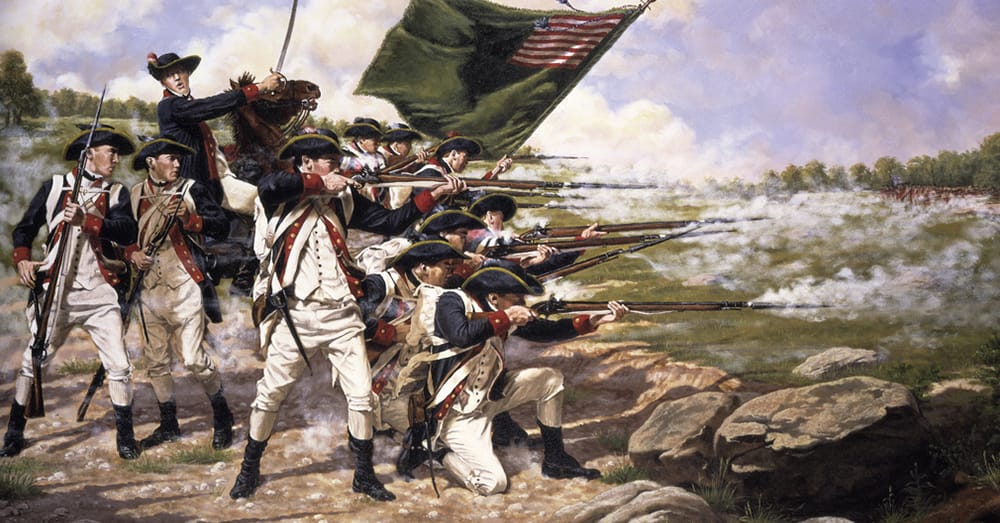 Washington’s forces were being badly mauled and were slowly being surrounded. There was only one small gap in Howe’s forces that could be utilized for a Continental retreat. This is where the Maryland Regiment under the leadership of Col. William Smallwood, were ordered to provide a rear guard action to allow Washington’s army to retreat.

Some 2,000 of Howe’s Redcoats took over and occupied a position called, “The Old Stone House” It was a fortified position and was a threat to the retreating Continental Army. The 400 men from the Maryland Regiment placed themselves between the British troops and Washington’s retreating forces. They not only harassed the British forces, but conducted several unbelievable, bayonet charges against The Old Stone House. They so occupied the British forces there that Washington’s Continentals were able to make and orderly and successful retreat.

At the end of the day only 9 of those Marylanders were able to rejoin the retreating and now safe Continental Army.

Because of those Marylanders’ heroic actions that day, they became known to the rest of the Continental Army as “The Immortal 400.” The Maryland Regiment would be reformed and would go on to participate in many other defining battles of the Revolutionary War including: Trenton, Princeton, Camden, Cowpens, Guilford Courthouse, and ultimately at Yorktown. 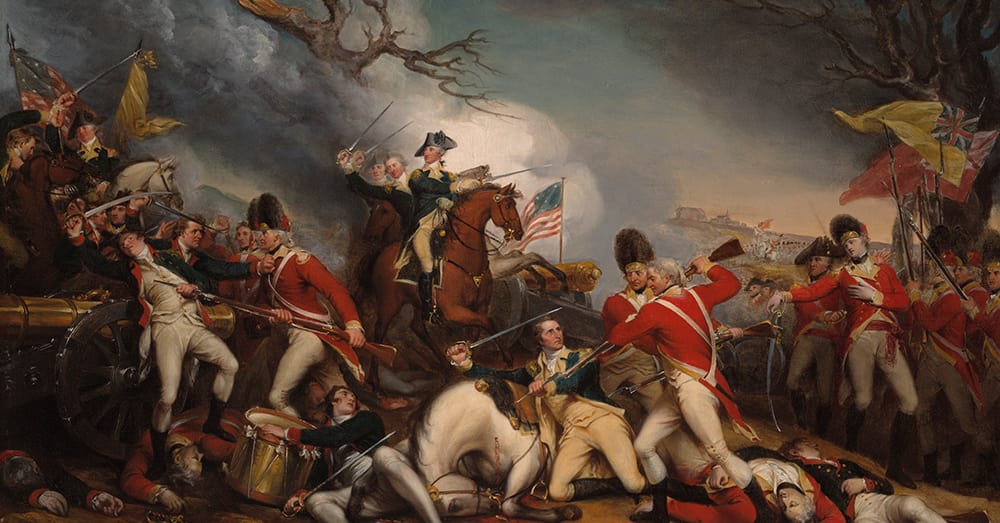 Source: Wikimedia Commons
George Washington at the Battle of Princeton.

Washington so respected the Maryland Regiment that he came to refer to them as his “Old Line.” The State of Maryland would gain one of its nicknames because of its fighting units as well. It would became known as “The Old Line State.”

If it had not been for the heroism and fierce tenacity of those 400 men from the Maryland Regiment that August day in 1776, the Continental Army might have lost the war and our nation might not have won its yearned for independence. They truly earned their nickname, “The Immortal 400” that day. Their efforts to protect the rear of the retreating Continental Army at the Old Stone House were as important to the eventual victory and independence of the United States of America as the efforts of the 300 Spartans “Immortals” was to the survival and eventual victory of the Greek City States over the massive invading armies of Persia.

The Veterans Site hopes that by sharing some of our history, we can keep it alive in the minds our our fellow Americans. Share this with others and keep history alive.