Even though it’s been several decades since Edmund Rusinek served in the military, he never forgot how lonely life could get at training camp.

Edmund also remembered being a young serviceman who’d just been drafted back in 1945. During one trip off-base to grab a meal, a friendly stranger picked up the tab for his lunch and it left a lasting impression on the young man, so he’s been “passing it down” ever since. 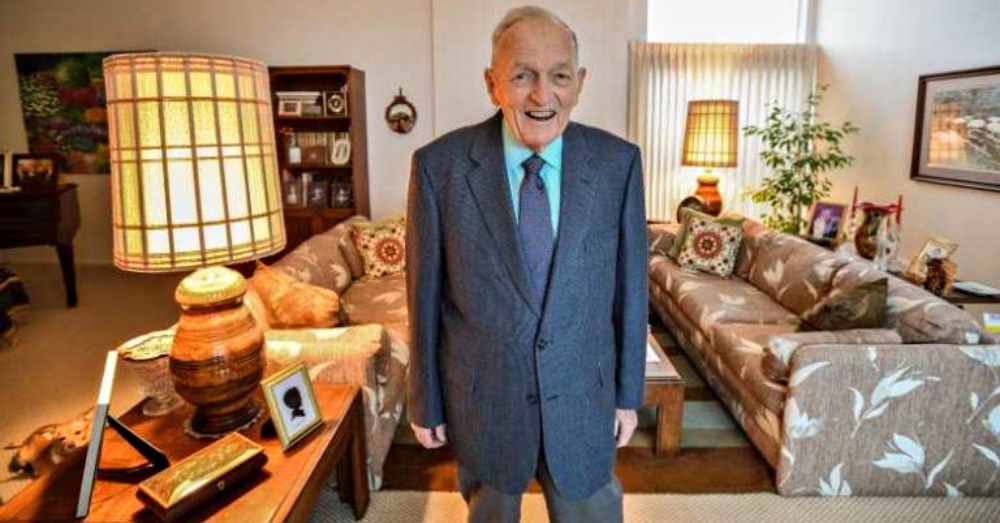 On his 92nd birthday, Edmund decided to keep up that “pass it down” tradition by heading to the Chick-Fil-A in Orange County, California where he’s a regular. Once there, he handed cash and his credit card to the manager and told her he wanted to buy the meals of every service member and military family that stopped in on his birthday.

Edmund says he wanted to do something nice for local military not just because it’s his personal tradition to do so, but because he still remembers the pangs of loneliness he felt when he was a young man stationed so far from home. 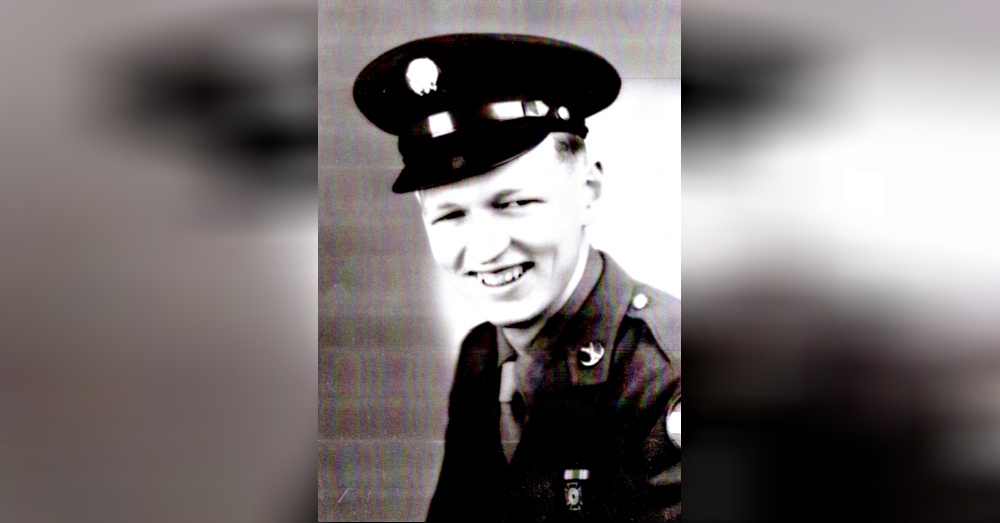 “There are lots of kids in the military around here, and they all look so young to me,” he explained. “Back then, towns would throw Saturday night dances for servicemen stationed there so they could get off base to socialize. There’s nothing lonelier than training camp on weekends. The only thing the kids have around here is the American Legion, and that’s a bunch of old geezers like me,” he joked. 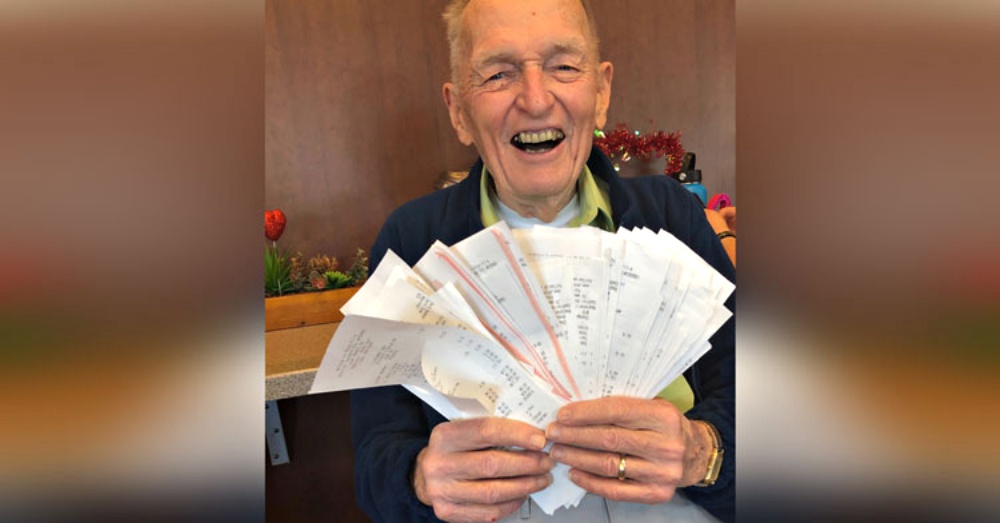 As Edmund paid the tab— which came to $1,500 — he told manager Viola Sarkis that he just wanted the service members and their families to know “that someone cares.” Viola said she wasn’t a bit surprised by the gesture because all of the Chick-Fil-A employees know and love Edmund.

“Edmund is a regular customer. He always comes in for a salad, cookies and coffee,” she said. “We call him our local sweet thing.” 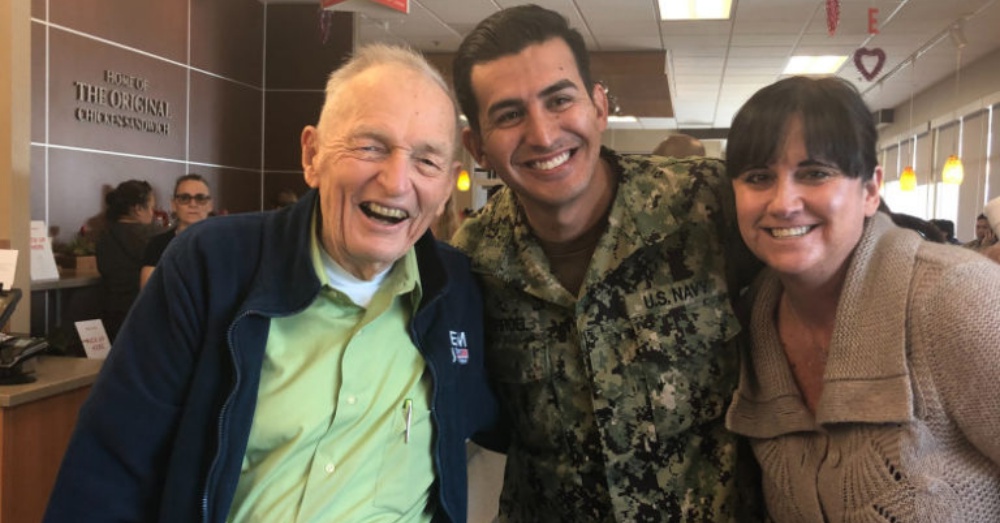 The next day, Edmund returned to the restaurant so that the service members could express their sincere appreciation for his kindness. Dozens of military personnel and their families turned up to shake his hand and thank the man who once stood in their shoes and understands how hard it is. 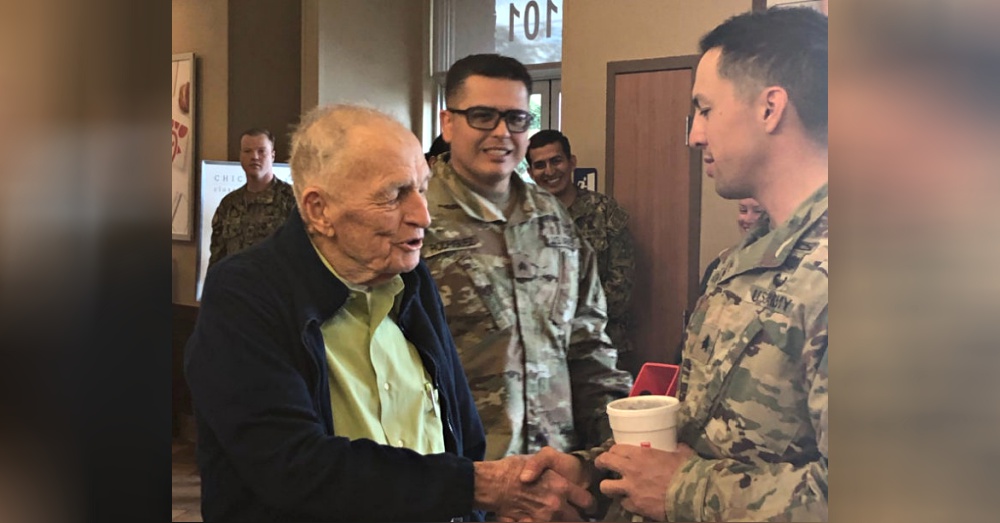 What a fantastic way to celebrate a birthday! To Edmund and all of the other military members, thank you for your service. We hope the recipients of Edmund’s gift will consider picking up his tradition of “passing it down” as well. This is how kindness avalanches get started!

Please share this story to “pass it down” even more.

96-Year-Old WWII Pilot Is Nervous To Fly, But Once He’s In The Air, Memories Come Flooding Back: Click “Next” below!