Personal tragedy has the power to break us… But it also has a way of making us appreciate life and the people we share it with — even if they’re strangers.

A few months back, brothers Jonathan and Stephen Full from Durham, North Carolina, suffered a devastating loss. Their stepbrother Joshua committed suicide. The former U.S. Marine had been struggling with severe PTSD after he returned from a tour in Iraq.

Heartbroken but determined to honor his fallen brother, Jonathan says he’d been thinking about doing something nice for a service member ever since. His chance came in March when he, Stephen, and their children stopped at a Chick-fil-A and noticed a couple of soldiers in line to order food. 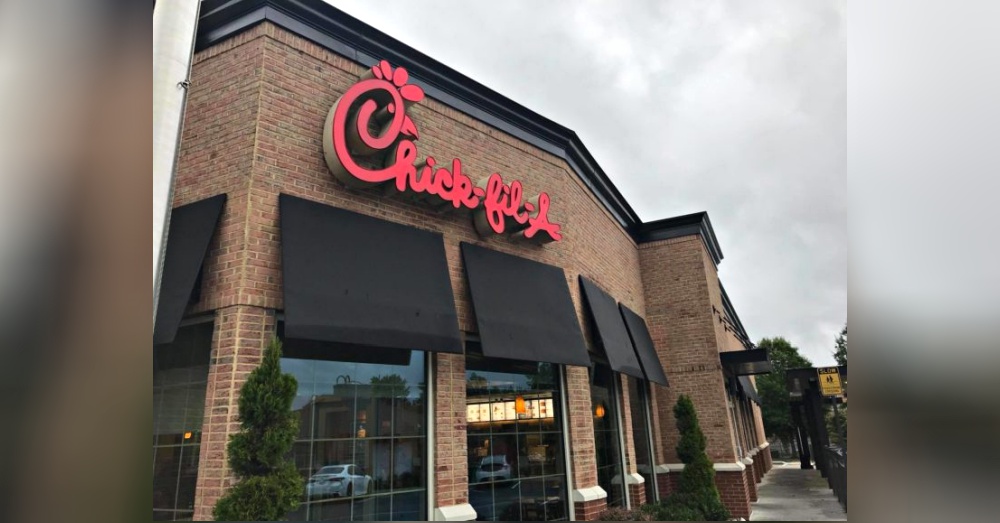 As soon as he saw the men, Jonathan got up and went to pay for their food. That’s when about nine more military members walked in. But Jonathan says he didn’t care how many more came in — he’d buy each of their meals. He ended up paying around a dozen bills.

“It’s always been on my mind to pay for some military members’ meals when I get the chance,” Jonathan later said. “It just hit me real good in my heart to do it then.” 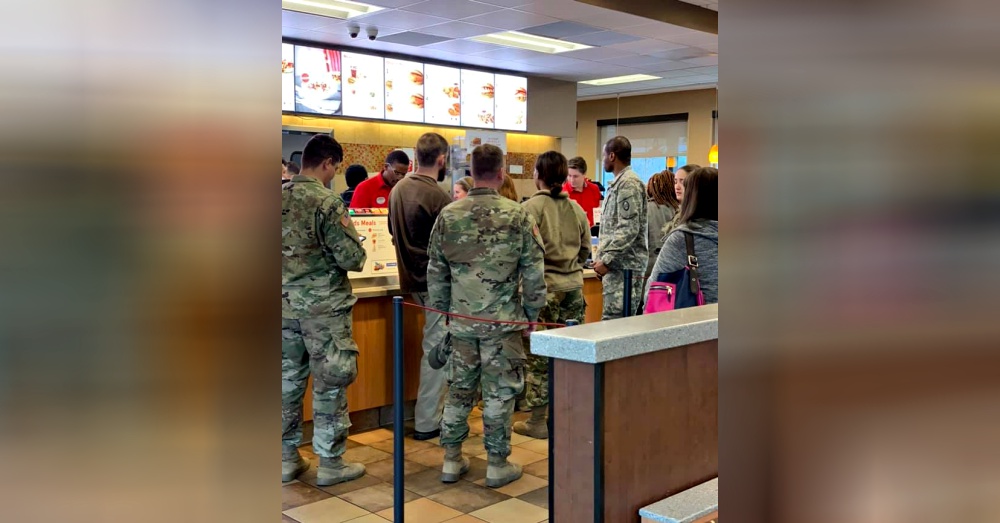 Stephen shared the “proud big brother moment” moment on Facebook along with a couple of photos, writing, “in remembrance of our late brother Joshua who suffered mentally from severe PTSD, he asked them to reach out to anyone they knew with PTSD and try their best to get them the help they needed.” 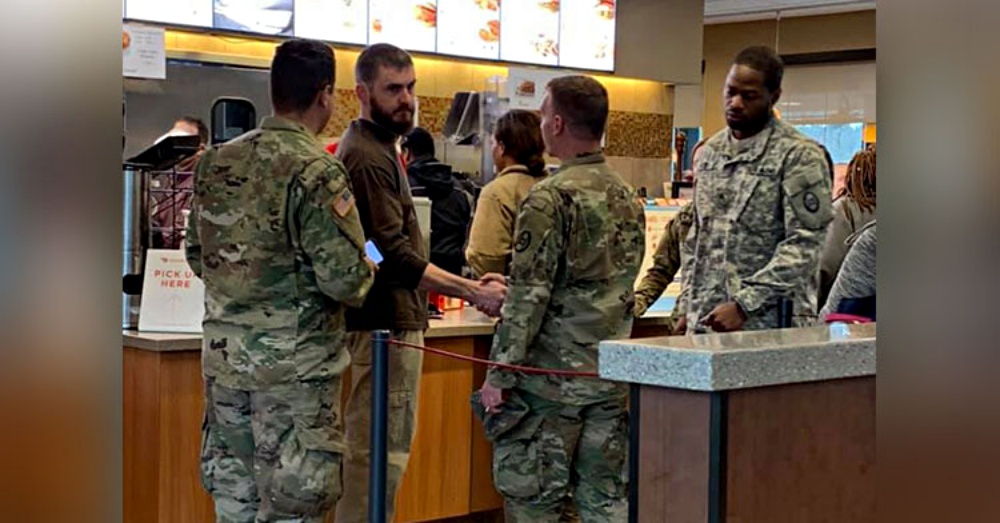 The post touched hundreds of people’s hearts. Many wrote to thank Jonathan for his kind gesture and paid their respects to Joshua. 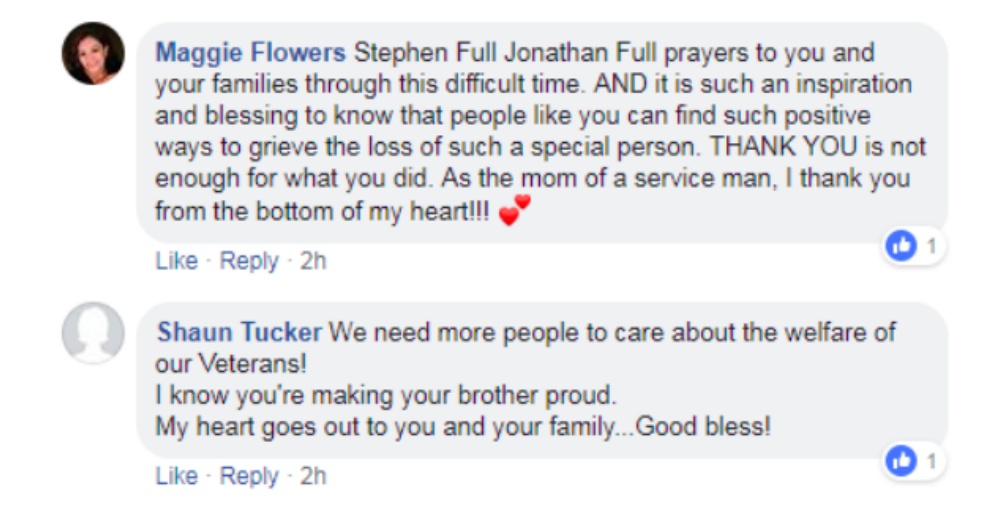 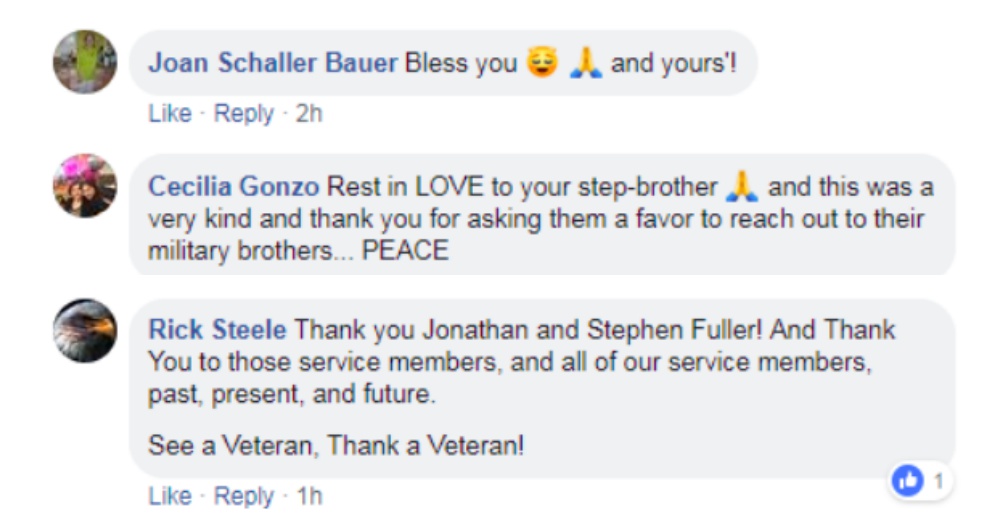 While Joshua may not be here anymore, we’re certain he’d be so proud of his brother’s good deed. Thank you, Jonathan, for treating these servicemen so well. We’re so sorry for your loss.

Please share this story to honor Joshua and spread awareness about the people who fight for our country every day and suffer from PTSD.

Newly Commissioned Air Force Officer Honored By Grandfather Who Is Older Than The Air Force Itself: Click “Next” below!