A group of Marines from Texas A&M’s Fish Drill Team formed the U.S. Marine Corps Silent Drill Platoon in 1948, for what was just meant to be a single performance.

Their routine stunned the crowd with uniformity and precision. It was clear the unit had talent, and it soon became a permanent fixture at the school. Today, the 24-man platoon has over 70 years of amazed audiences under their belts. 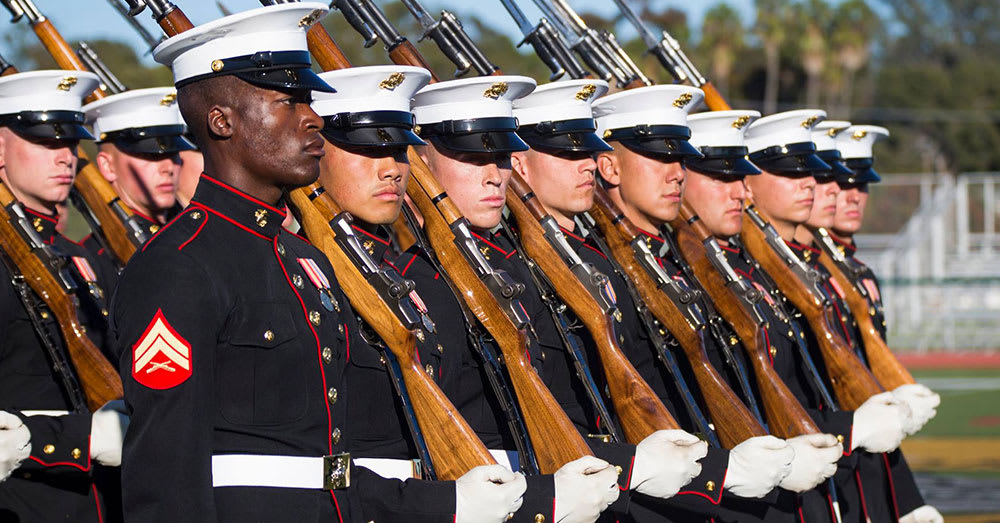 These Marines may look serious. That’s not hard to do while holding an M1 Garand fitted with a sharp bayonet. They need razor sharp senses to keep from being stabbed, or stabbing someone else.

Each of the Marines fits to a specific set of physical standards, as well. Anyone over 6’1 isn’t allowed on the team. But, once they’ve made it on the team, the Marines work closely together during a two-year ceremonial tour at Marine Barracks in Washington, D.C. From there, they perform at venues around the country. 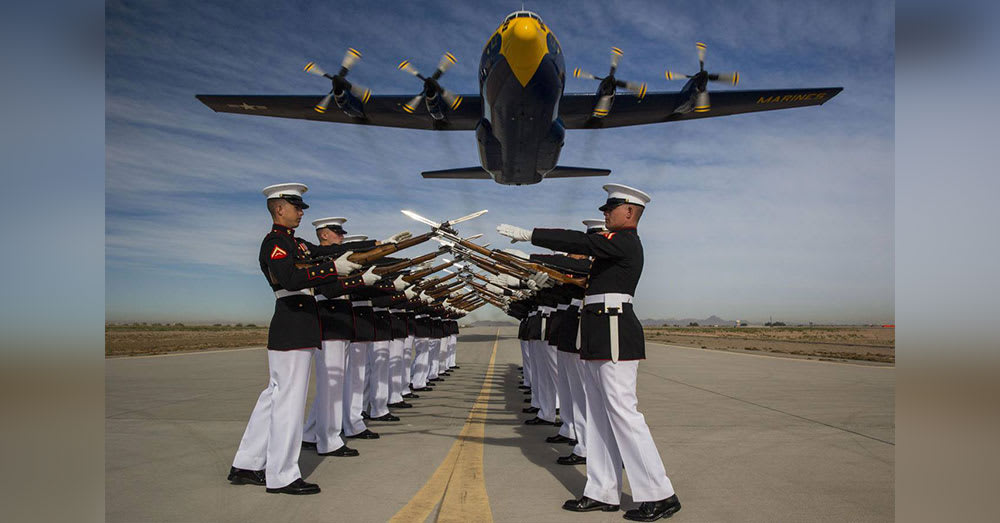 It’s always a treat to see these elaborate spins and tosses. No wonder crowds watch, slack jawed in amazement. The Marines practice extensively with their weapons, some likely incurring a few scrapes in the process, but they all achieve perfection. If they don’t perform the routine perfectly, they don’t perform.

By the way, don’t try this at home, kids. 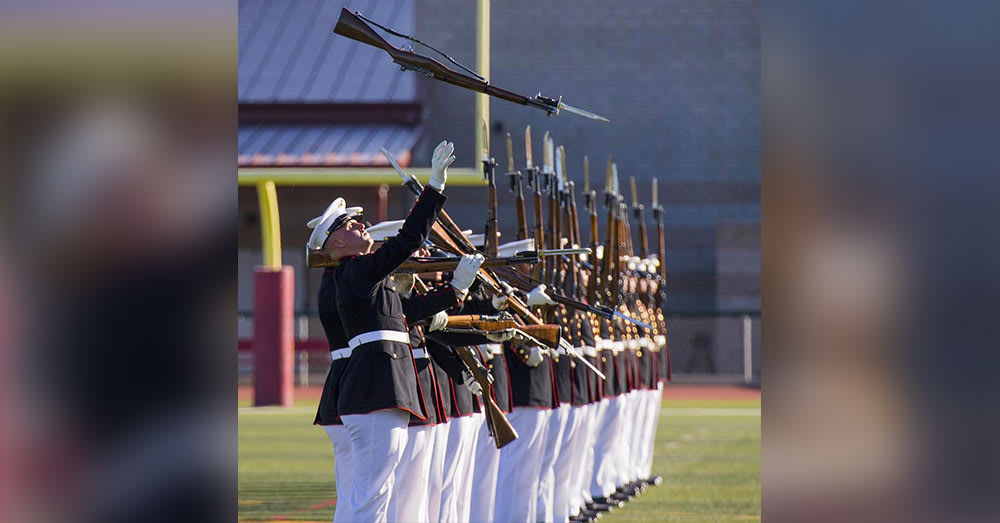 Students at Gallatin High School in Nashville, Tennessee, got the chance to see the Silent Drill Platoon a few years back. The routines are meant to highlight “the professionalism associated with the United States Marine Corps.,” and they certainly made their point.

This performance must have been one of the most memorable points of the students’ school year! 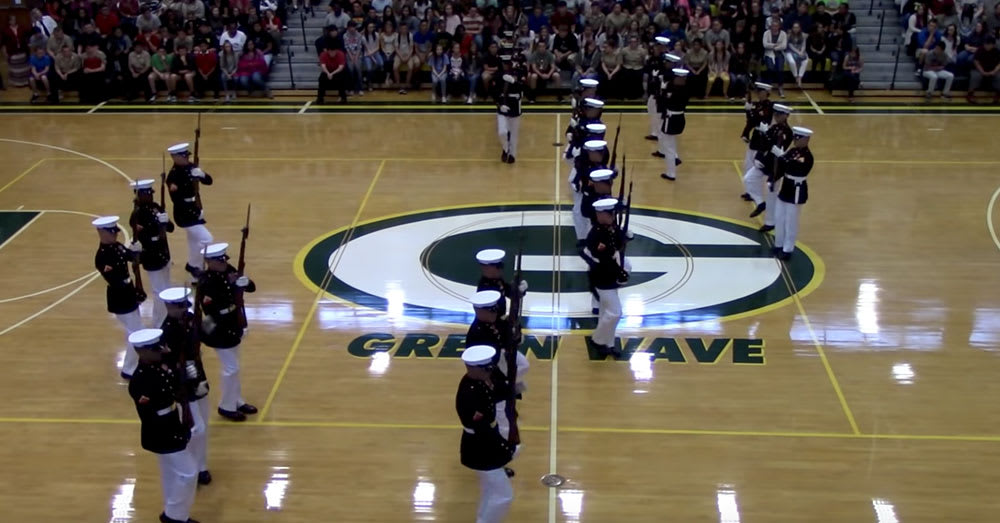 Check out the Marines’ impressive moves in the video below, and share this video with your friends to spread appreciation for how much work they put into the routines.