When it comes to prom, most teens are only concerned with getting a date or finding the perfect dress. One young lady from Rochelle, Illinois decided to focus her energy elsewhere.

Aubrey Headon started working on her custom made prom dress two years before the big night. She designed the royal blue halter-neck gown herself, embellishing the waist and bodice with fabric she thought resembled the American flag. Yet it’s not the dress’s uniquely patriotic design that has people praising Aubrey for honoring veterans; it’s the skirt. 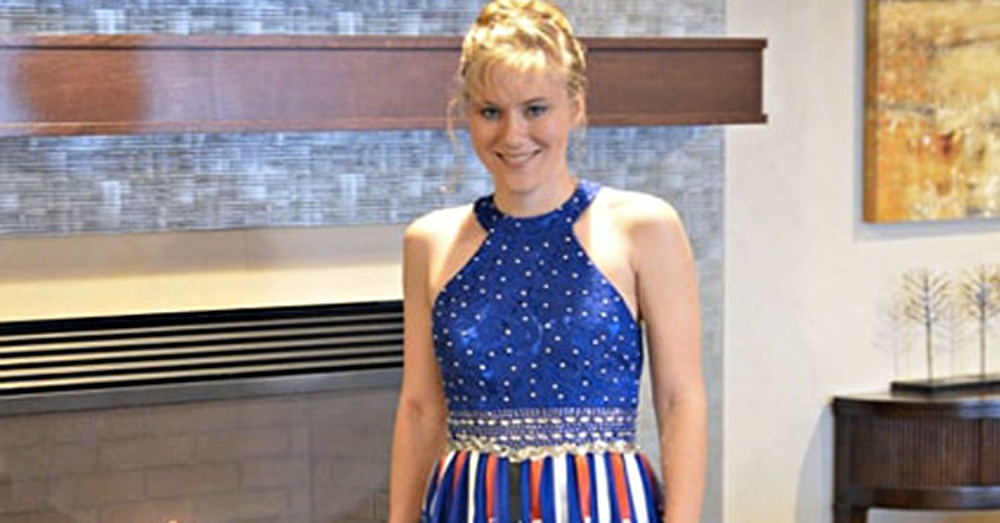 On the skirt Aubrey carefully embroidered twenty-five names belonging to the 3rd Battalion, 5th Marines, known also as 3/5 or Darkhorse. These soldiers lost their lives in the Sangin District in Afghanistan’s Helmand Province between September 2010 and April 2011. Among those who lost their lives fighting for our country was Alec Catherwood.

Aubrey got the idea to do “something special” in Alec’s memory after meeting his mother, Gretchen Catherwood. “It all started when I met one of the Gold Star moms, Gretchen Catherwood,” she explained. “She started the Darkhorse Lodge to help combat veterans. I do a fundraiser every year to donate to the lodge.” 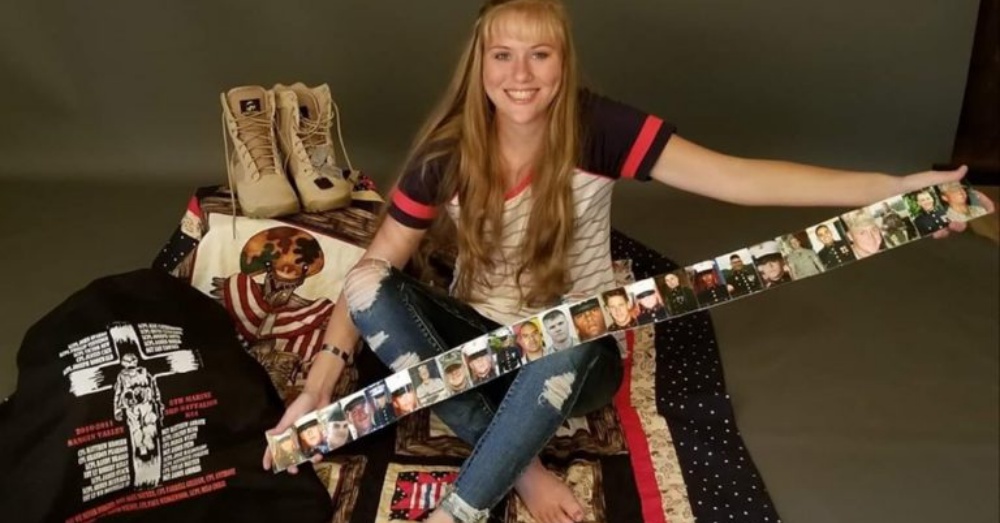 The Darkhorse Lodge is an initiative to build “a peaceful atmosphere for combat veterans to enjoy rest, relaxation, and recreation.” Aubrey has been actively involved in the charity ever since meeting Gretchen, creating t-shirts to sell in order to raise money for the five guest cabins and other quarters necessary to create the retreat.

Thanks to her fundraising efforts, last October 2018 Aubrey was able to hand Darkhorse founders Gretchen and her husband Kirk a check for $2,133. 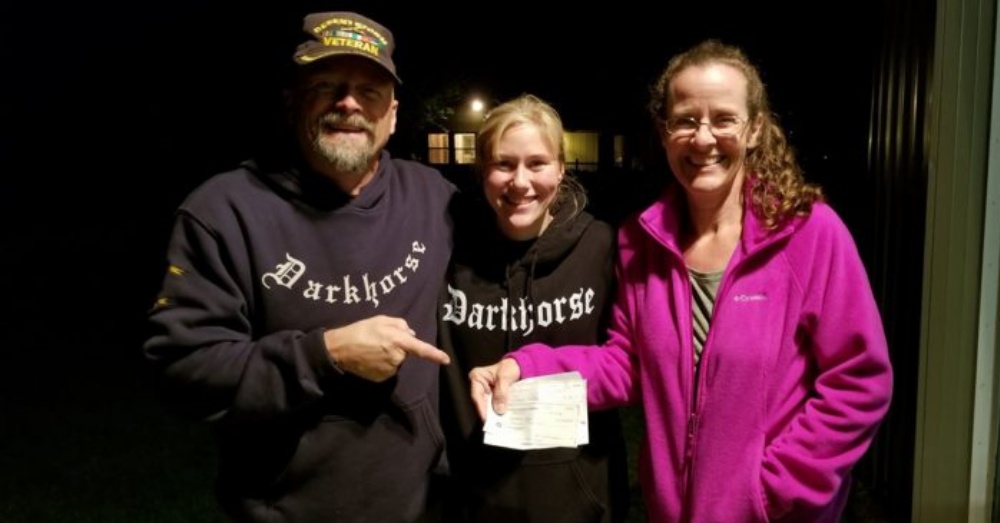 Aubrey decided to continue her effort to raise awareness for Alec and the other fallen heroes at her prom at Rochelle Township High School. “I wanted to wear this tribute dress [to] my senior prom so the memories of the guys who fell in Afghanistan for our right to live how we do and do what we do every day is carried on,” she said. “I don’t want them to fade into nothing.”

On the dress Aubrey also included a tribute to one of Rochelle Township High’s own, alumnus Tyler Smith. Tyler was a member of the Illinois Army National Guard who died in September in a drowning incident.

Aubrey says she has received a lot of praise from both military members and civilians alike, noting that the families of the fallen are especially appreciative of her tribute. “The biggest response has been from Gold Star families, thanking me for remembering their loved ones,” said Aubrey. 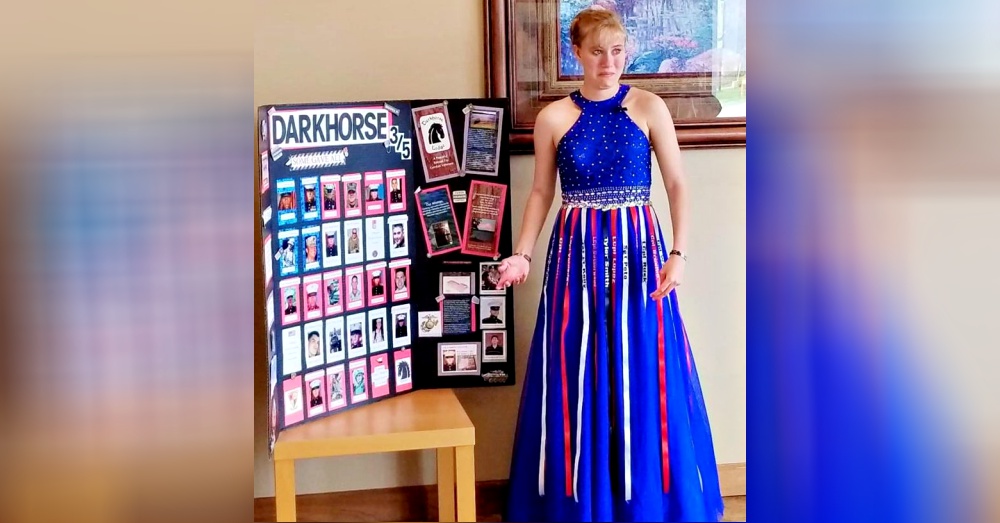 In a world where teenagers often get a bad rap it’s so nice to be able to point to a person like Aubrey. Her empathy, compassion, and respect are qualities we should all strive for. It’s incredible to see someone so young who has already shown the rest of the world how to reflect and remember the sacrifices made for our freedom every day.

Please share this incredible teen’s story to help her raise awareness for the Darkhorse Lodge.