Mom Has Purest Reaction When Deployed Son Surprises Her At Her Work.

Reunions are an emotional time for everyone, but they’re especially powerful when one of the parties is off risking their lives for their country.

We’ll save you some time on this one. Go ahead and grab tissues now because this is one of the sweetest reactions to a soldier coming home that we’ve ever seen. 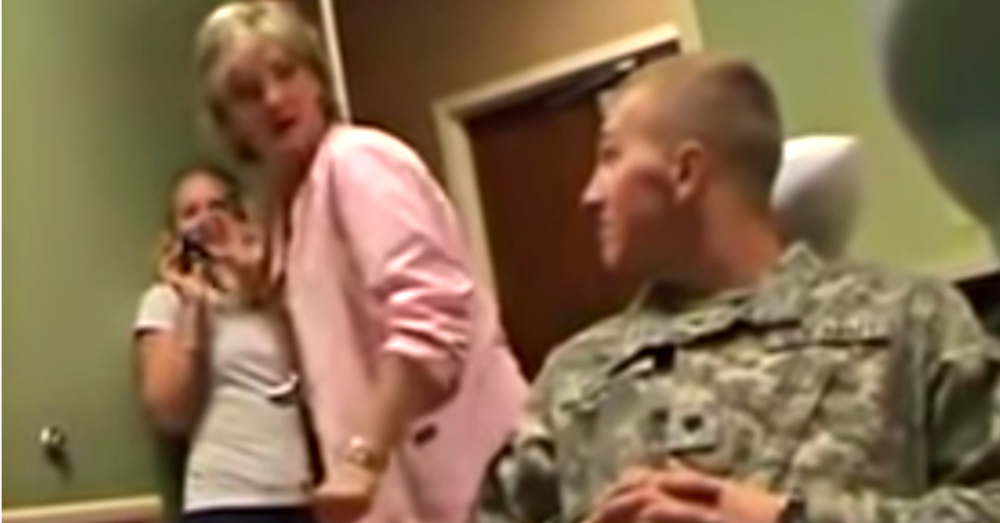 Share on Facebook
Share on Facebook
” rel=”noopener noreferrer” target=”_blank”>video posted online, a soldier is sitting patiently in a chair at the dentist, looking like any other patient. When his mom — a dental hygienist going about her normal work day — walks in, she thinks nothing of the fact that her client is wearing an army getup. In fact, his clothes don’t register at all because she’s too busy wondering why in the world another relative is hiding behind the door filming her.

Utterly confused, the hygienist turns around. That’s when she first sees the face of the “patient” waiting for her and realizes it’s her brave son, unexpectedly home from deployment. Overwhelmed by her emotions, she screams and falls to the floor, slowly processing the fact that her baby has come home. 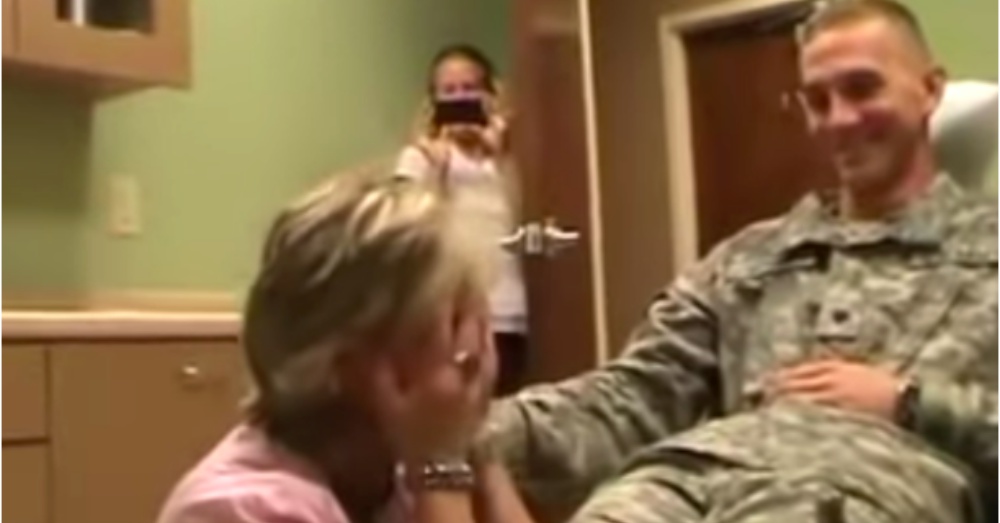 As she leans in to hug her son, she cradles his head as if he were still a small child. We don’t know much about this loving family, but it’s abundantly clear these two share a deep bond. 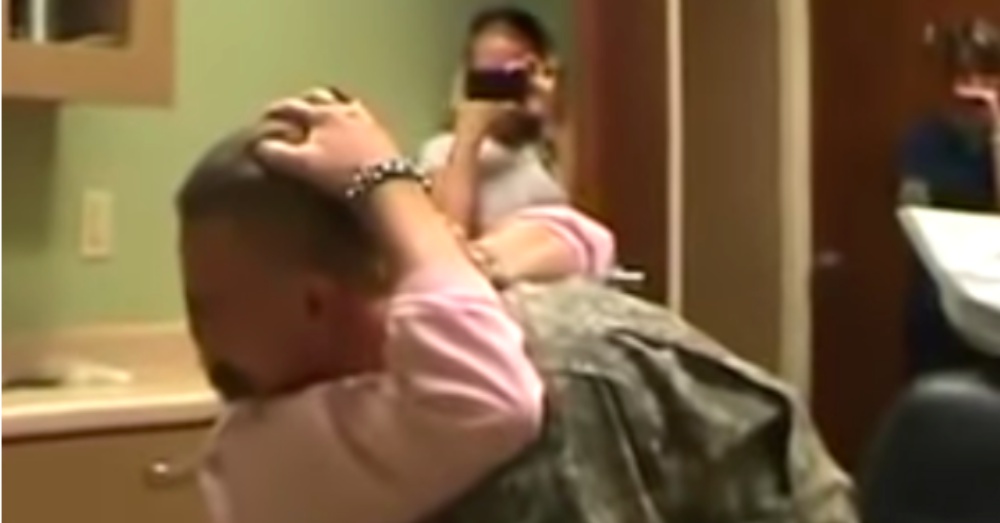 As the videos continues, her coworkers come to check on them and are quickly brought to tears by the obvious love and excitement she has for the son she missed so much. 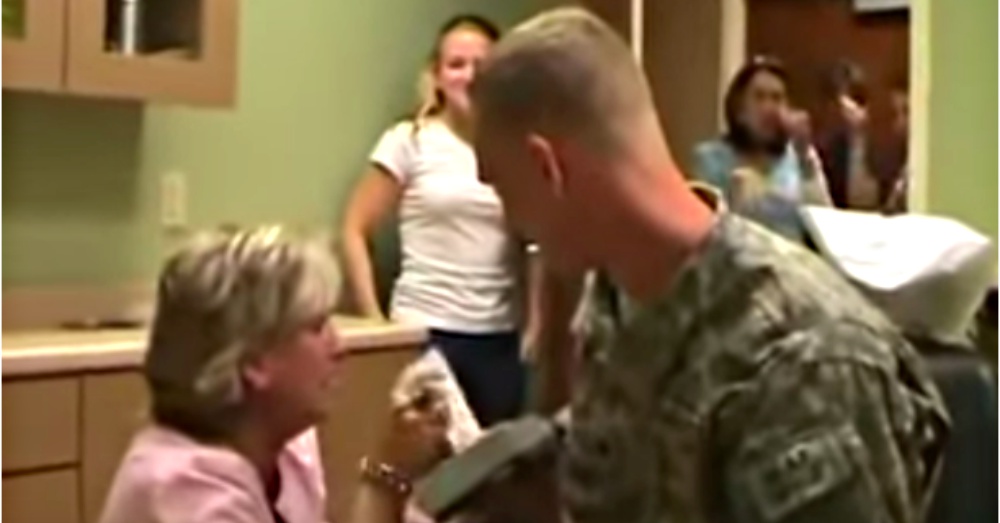 It’s safe to say this homecoming surprise was a huge success! We’re betting this was one of the best days of work this mom has ever experienced.

Watch her epic reaction to her son’s return in the video below, and be sure to spread the love by sharing it with your friends.

Deployed Military Mom Surprises Sons At Last Baseball Game Of The Season.: Click “Next” below!