John Wooden once said, “The true test of a man’s character is what he does when no one is watching.” One Alabama man certainly showed he had true character, not realizing it was all caught on film.

A security camera in downtown Mobile, Alabama captured footage recently of an American flag ripped from its post. The person who snatched the flag stomped on it and then left it crumpled on the ground. The act of randomly desecrating the flag — and destroying someone’s property — was unjustifiable. Thankfully, two patriotic Good Samaritans happened to come along just minutes later and found the flag on the sidewalk.

When they saw that the flag had been torn from the house and left on the ground, the pair stopped and immediately got to work doing what they could to fix the problem.

The owner of the flag, Margaret Dopson, posted the footage from the security camera on Facebook.

The woman in the footage first picked up the flag, but her friend soon took charge of the situation. He knew exactly what needed to be done. 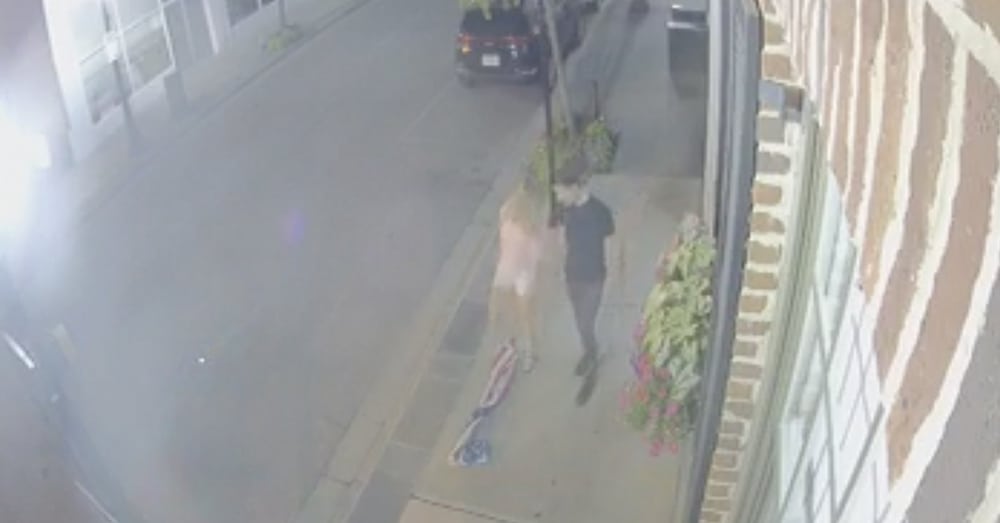 The two people captured on the security camera stopped and picked up the flag and began to properly fold it with all the respect it deserves. That’s wasn’t much of a surprise when the identity of the man and woman were discovered. It was Nikki Patterson and her friend, Kees Anderson, a 24-year-old member of the U.S. Coast Guard stationed in Mobile.

In an interview Anderson said, “We felt like it was such a small thing, a simple act of kindness.”

Kees’ actions weren’t motivated by a desire for recognition. He wasn’t even aware anyone saw them. Instead, he acted out of honor and decency — thing instilled in him by serving in the U.S. Coast Guard.

“It’s a symbol of what our country stands for and what these people have literally sacrificed their lives for and done heroic things for — all in the name of that flag. And it’s pretty important to me that you show respect,” Anderson said. 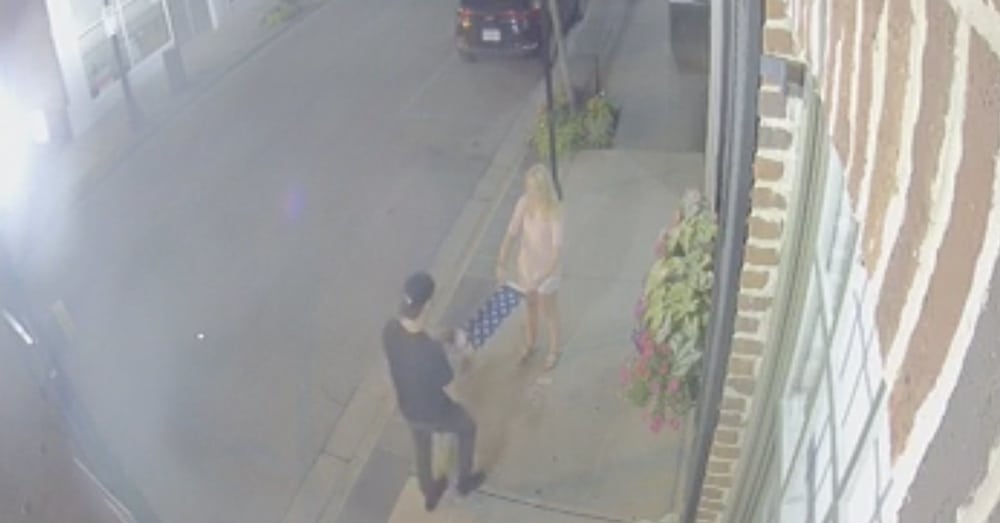 Nikki Patterson told her Guardsman friend that it must have been fate that brought them there at just the right time to correct the injustice. She grew up in a military family herself, so she was raised to respect the flag. She admitted, though, that she never learned how to properly fold the flag.

Anderson had his friend and gym partner help him fold the flag, and in just over a minute he showed her the proper way to fold the flag. Once they were finished, Anderson then placed it in the homeowner’s doorway and they went on their way.

For the patriotic pair it was just a simple and natural thing to do, but in reality it was a noble act of kindness, respect and duty.

Watch these two Good Samaritans make things right in the video below!

Boys Use Lemonade Stand To Raise Money For Fallen Officer's Family: Click “Next” below!