For the majority of US citizens, we will never know the pain and emptiness it feels to lose someone we love to war. When we hear stories of lives lost while serving, we will bow our heads, maybe shed a tear, but then life will go on as usual.

Unfortunately, that’s not the case for everyone. Julia Yllescas lost her dad Army Ranger Capt. Robert Yllescas, when he was serving overseas. She was just a child at the time – but, she found a way to keep his memory alive with the help of photographer, Susanne Beckmann. 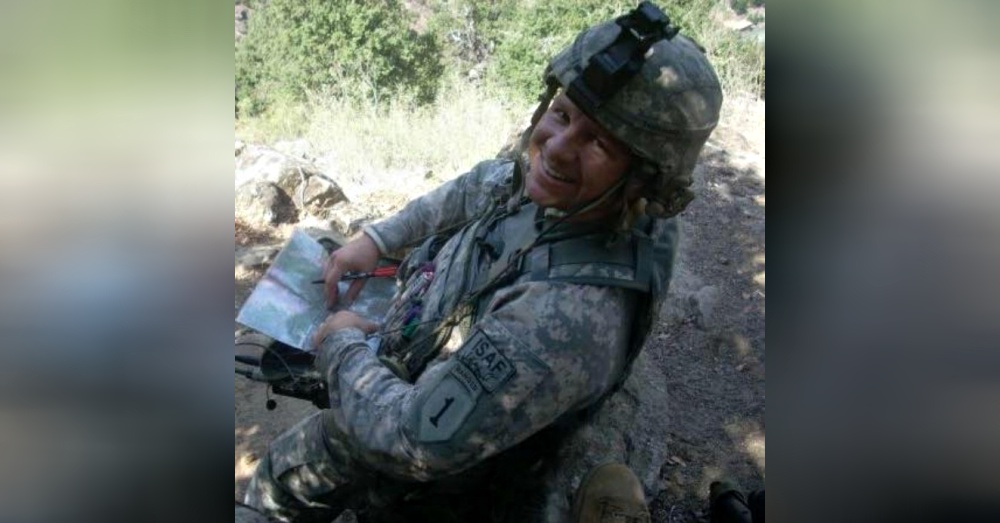 In October of 2008, Julia’s dad, Rob, stepped on an IED while serving in Afghanistan. He survived the blow and was taken to Germany for medical care, and later transferred to Maryland. Sadly, 34 days after his injury, Rob passed away. 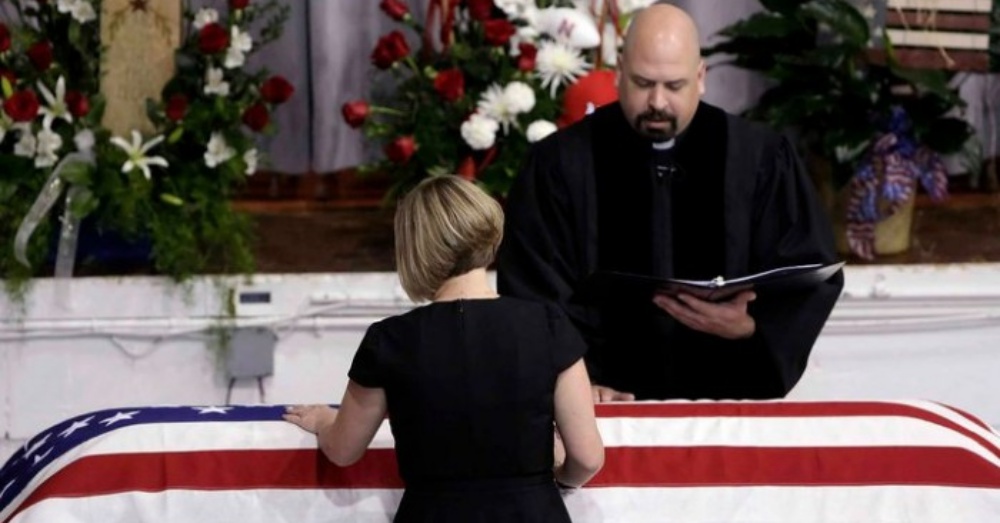 Though it’s been nearly 11 years since he passed, Julia still carries memories of her dad with her every day. Knowing this, Susanne, who was hired to take Julia’s senior pictures, came up with the idea of adding a few “Angel Photos” into the mix. 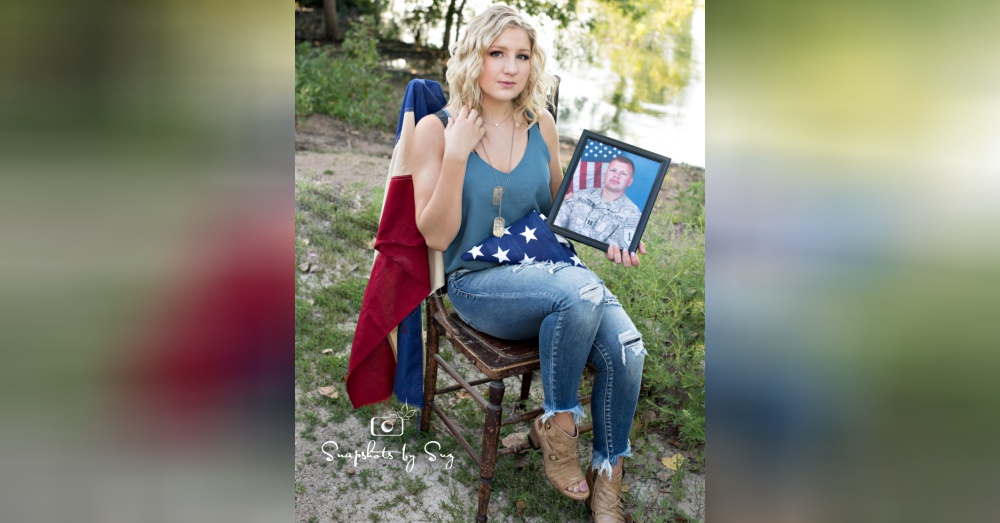 Julia loved the idea and they quickly got to work. When taking the photos, Rob’s daughter posed as if he were sitting there with her. Then, Susanne went home and added his image into the pictures – and the result is incredible! 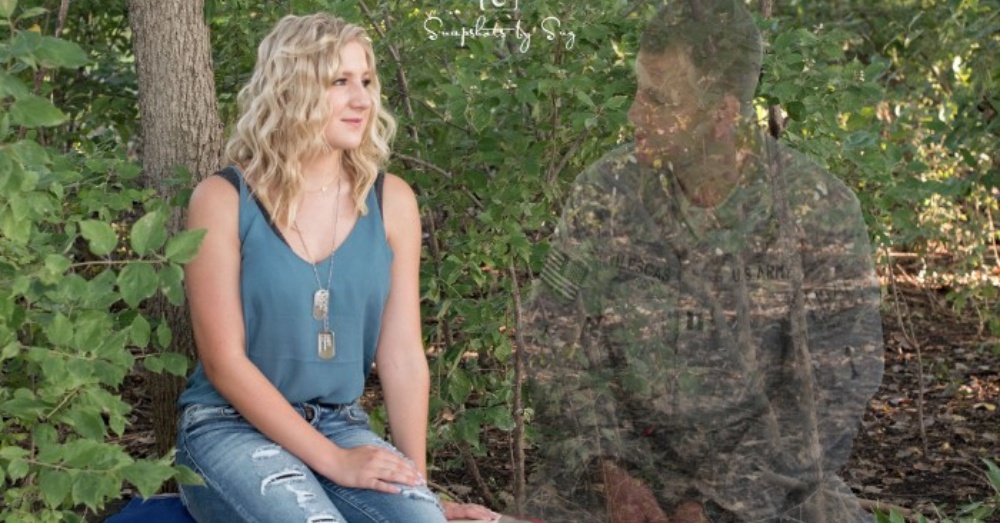 Julia wore her dad’s dog tags and incorporated the American flag into the photos. When she saw the final edits, Julia said, “It almost felt .. like he truly was there” and when Julia’s mom looked at the pictures they “took her breath away.” 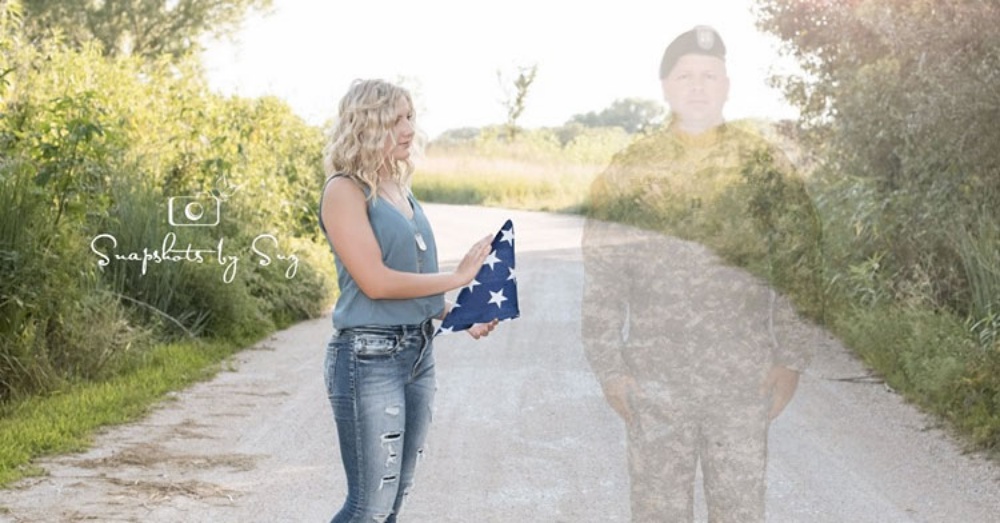 Since Susanne posted the photos on Facebook, the story has gone viral. Thousands of people have also left comments, most of which are thanking Rob for his service and sending love to his sweet daughter. 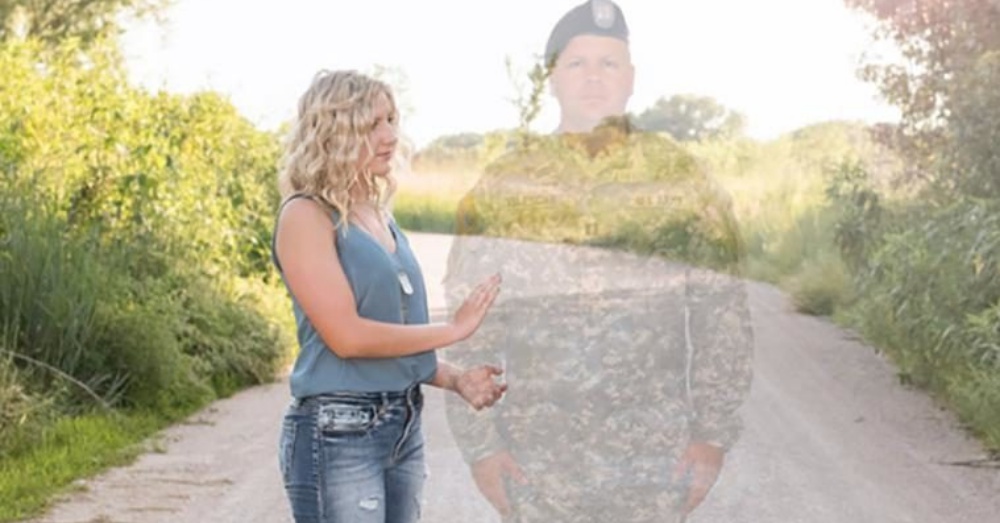 These photos are truly works of art, and wonderful keepsakes for Julia as she continues through life.

Spread the joy! Share this story with your friends!