On January 27, 1945, toward the end of WWII, Soviet troops pushing the Nazis back to Germany came upon the death camp at Auschwitz, Poland. They and their American and British counterparts liberating other death camps came face to face with the horrors of the Nazi genocidal efforts to eliminate the Jewish race from the planet. From the time Auschwitz was opened by the Nazis, 1.3 million human beings, mostly Jews, were brought to that camp.

They were stuffed into railway cattle cars with no food or water and on their arrival at Auschwitz, they were met by the infamous Dr. Mengele, who, with emotionless arrogance, arbitrarily directed each one toward their immediate death or to the slow death of slave labor, through the gate over which were hung in wrought iron letters the cynical words, “Work Makes You Free.” In the end, 1.1 million of those human beings, mostly Jews, were murdered there, by fellow human beings.

I’m reminded here of the final words of the totally depraved human soul of a character, Kurtz, in Joseph Conrad’s novel Heart of Darkness, as he was dying and looking at the darkness of his own heart and could only hiss: “The Horror! The Horror!”

We must never forget that the “free” choices of the Nazis and the Japanese forced the horrors of WWII on the entire world. And millions of lives were spent on the battlefields to reclaim the real, natural rights to freedom of countless human beings around the globe.

One of those who survived the horrors of those camps was the famous psychologist Viktor Frankl. He penned one of his most famous works shortly after being liberated from the Auschwitz-Birkenau death camp that day in 1945. It is entitled, Man’s Search For Meaning. It is, in large part, a reflection on the issue of freedom and finding the meaning of one’s own life. It has been a seminal book in my own understanding of the personal struggle we all encounter in searching for the meaning of our lives, and particularly through the reality of suffering, which, though relative, is the crucible we all must go through in that search.

Do we really understand the meaning of the word “freedom?” The Declaration of Independence famously and correctly listed “Liberty” as the second right in a short list of three examples of the “inalienable rights” that all human beings possess, a priori to government by reason of our shared and equal humanity. In other words, the government’s sole and legitimate purpose in relation to that inalienable right to liberty is to protect, to defend, and to promote what was endowed to each and EVERY human being by our Creator…not by government. We Americans have absorbed this concept of liberty into our collective DNA. Or have we?

In his book Man’s Search For Meaning, Frankl writes about freedom properly as a universal human right. He writes about it, though, from the context of having survived the living hell of the Holocaust death camps, where he had all of what would be understood as freedom stripped from him, including even his name (replaced by a number tattooed on his arm).

His difficult writings about “freedom” are based on his own self-reflections as a prisoner, and his own observations are applicable to the various choices made by his fellow prisoners and, ironically, those who imprisoned, tortured, and murdered them on a daily basis. The following are a distillation of his thoughts on freedom that are important for all of us to reflect upon. Why? So as to never again allow anything like the Holocaust to occur. The underlying reality is that the capacity for the abuse of freedom and the horrors of that event is always just under the surface in human society.

For Frankl, as it was for Aristotle, Aquinas, and others since Greek times, freedom is uniquely and explicitly tied to responsibility. It is only since the Enlightenment that the natural connection between freedom and responsibility has been gradually “untied” and even severed. This is why reflecting on the idea of the real meaning of freedom today is as important as ever.

Frankl writes that even when we are under what seems to be unbearable stress or pressure from “outside” forces, we still possess one final freedom. We are free to choose our response to that pressure. He writes, “…everything can be taken away from a [person] but one thing: the last of the human freedoms—to choose one’s attitude in any given set of circumstances, to choose one’s own way.”

But he always moderates this idea of freedom with its corresponding duties. “Freedom, however, is not the last word. Freedom is only part of the story and half the truth. Freedom is but the negative aspect of the whole phenomenon whose positive aspect is responsibleness. In fact, freedom is in danger of degenerating into mere arbitrariness unless it is lived in terms of responsibleness.”

What he means here is a responsibility not just to the self, but to others, to life, and to God. He makes a curious recommendation here on the meaning of freedom that is worthy of contemplation here “…that the Statue of Liberty on the East Coast be supplemented with a Statue of Responsibility on the West Coast.”

We should be very careful of how we understand the term “freedom.” The Nazis understood only the half-truth of the term. They felt free to conduct genocide and supported it with Neitzchean philosophy, Social Darwinist “science” and law. As Dr. Martin Luther King Jr. reminded us, quoting Thomas Aquinas, “Unjust laws are no laws at all.”

Any law or action that denies the inalienable rights of any human beings is not only unjust but is a total denial of the natural human duty (responsibility) toward one’s fellow human beings. Hence Martin Luther King’s quote, “An injustice anywhere is an injustice everywhere.” The Holocaust was an injustice of unspeakable depth and depravity. But it was conducted by “fellow human beings.” This is what we must never forget.

This January 27, 2022, will be the 77th anniversary of the liberation of the Auschwitz-Birkenau death camp. Let’s all take this opportunity to personally meditate on the challenge that Viktor Frankl so generously and respectfully offers us in his book Man’s Search For Meaning:

“We have to stop asking about the meaning of life and instead to think of ourselves as those who are being questioned by life—daily and hourly. Our answer must consist not in talk and meditation but in right action and right conduct. Life ultimately means taking the responsibility to find right answers (morally responsible answers) to its problems and to fulfill the tasks which it constantly sets for each individual.”

This is the more difficult route to take, but it is the route that most naturally fits with our shared human dignity and our natural moral responsibilities toward one another, not just the isolated self.

Pledge To Remember the Holocaust 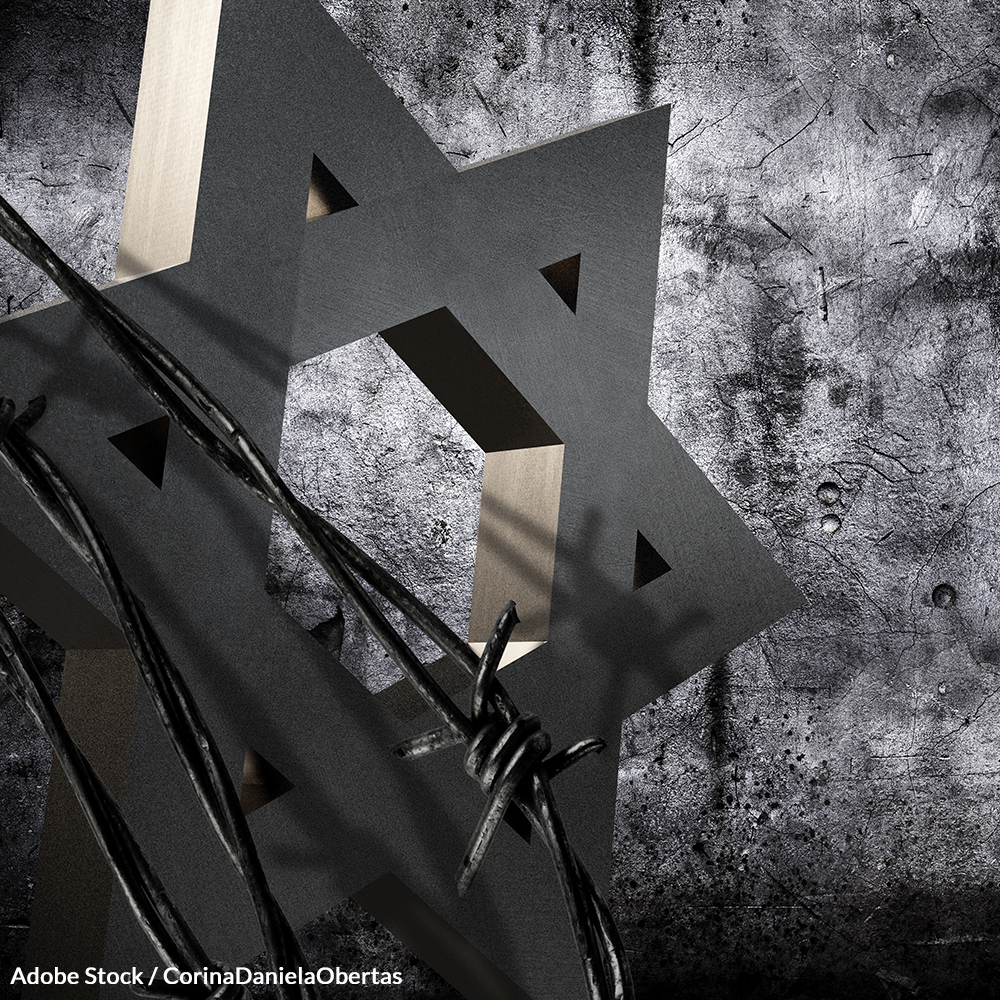 January 27 is the “International Day of Commemoration in memory of the victims of the Holocaust,” established in the memory of the 6 million Jews, including one-and-one-half million children, and millions more who were murdered in concentration camps set up by Nazi extremists led by Adolph Hitler during World War II.

Help us ensure the Holocaust will never be forgotten. Sign the pledge to honor International Holocaust Memorial Day.