Meet The Most Decorated Single Unit In The Vietnam War

In June of 1966 Marine Reconnaissance teams were being sent out to look for enemy movements in the area west of the Chu Lai Marine Base. One of those teams was an 18-man patrol from Charlie Co. 1st Recon, lead by then Staff Sgt. Jimmie Howard. They were inserted by helicopter to the top of Hill 488, some 20 miles west of Chu Lai.

They didn’t know it then, but this patrol would become the most highly decorated single unit in the Vietnam War.

On June 13, shortly after they had been inserted on top of Hill 488, they began to spot enemy activity. They were supported by an Army of the Republic of Vietnam (ARVN) 105mm howitzer battery. They called in artillery missions on those movements. Two days later, they spotted even more enemy movements and again began calling in artillery missions. It became obvious to the enemy troops that they were being observed and they had a fair idea as to where they were being observed from as well. 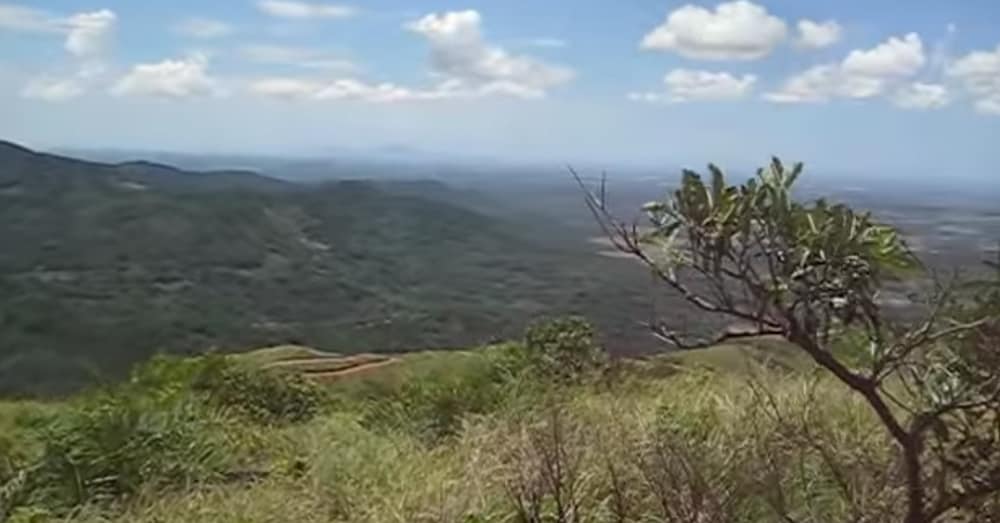 Source: YouTube/TulsaKungFu
The view from Hill 488.

It was shortly after that when Staff Sgt. Howard reported on the radio that there were squads of NVA force, later identified as being from the 3rd NVA Regiment, that were beginning to move toward his position on top of Hill 488.

In the total darkness, just after midnight on June 15th, 1966 the NVA began probing the Recon team’s position. One of the Navy Hospital Corpsman with the team, B.C. Holmes, recalled, “They were within 20 feet of us. Suddenly there were grenades all over the place. People started hollering. Guys were getting hit at the same time.”

In other words, all hell broke loose for this 18 man Recon team, which was clearly outnumbered. But they fought back with a ferocity that would later be recognized by the Marines that were airlifted out to help them get out of that mess. 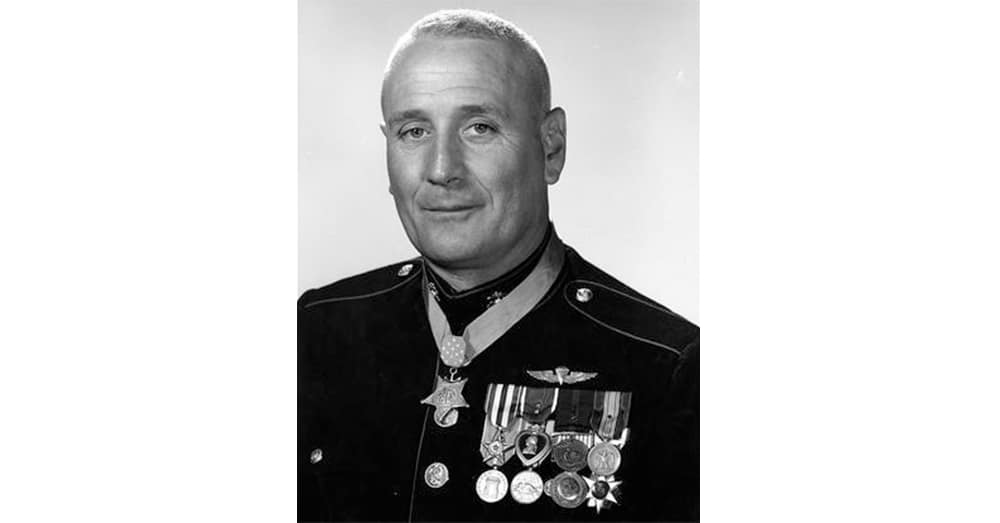 The 3rd NVA regiment forces were coming at them with everything they had. The Recon Marines’ position was being swept by AK-47 and heavy machine gun fire from everywhere. Howard got on the radio and reported to Lt. Col. Arthur Sullivan.

“You’ve got to get us out of here,” he told Sullivan. “There are too many of them for my people.” 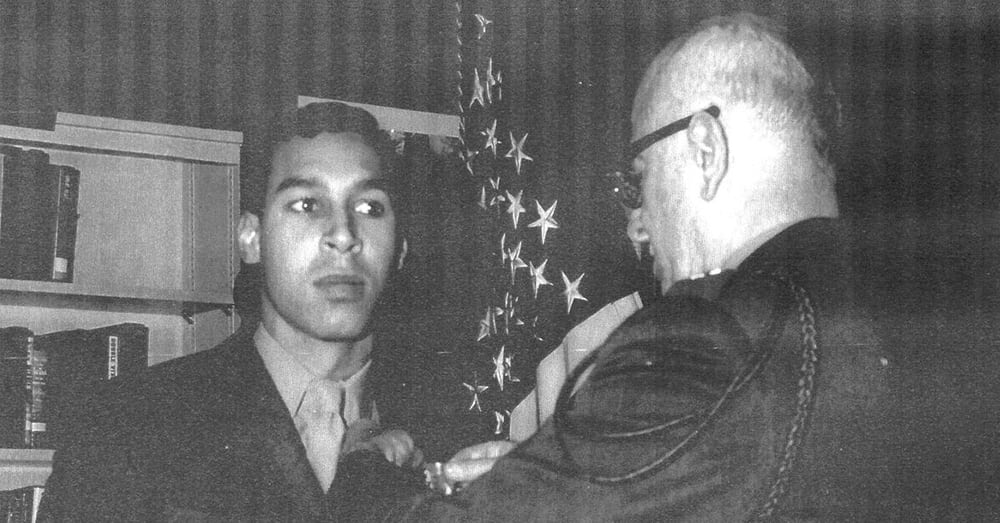 Sullivan immediately called in Marine and Air Force air support. Marine Huey gunships began strafing runs to within 20 feet of the Recon perimeters and Marine and Air Force fighter jets were dropping bombs as close as 100 meters from their position. This helped to slow down the NVA assault on Howard’s Recon Marines, but the enemy stayed in the fight throughout the night, firing AK-47 rifle fire at the Reconners all night.

Things couldn’t have been worse for Howards Recon team. They were running out of ammo. In fact, they started throwing rocks at the enemy, hoping that they would think that they were grenades.

During the night, Howard himself was hit in the back by AK-47 rifle fire. This temporarily paralyzed his legs, but not his spirit. He dragged himself from position to position throughout the night, encouraging his men, keeping them in the fight, even though every last one of them had been wounded. 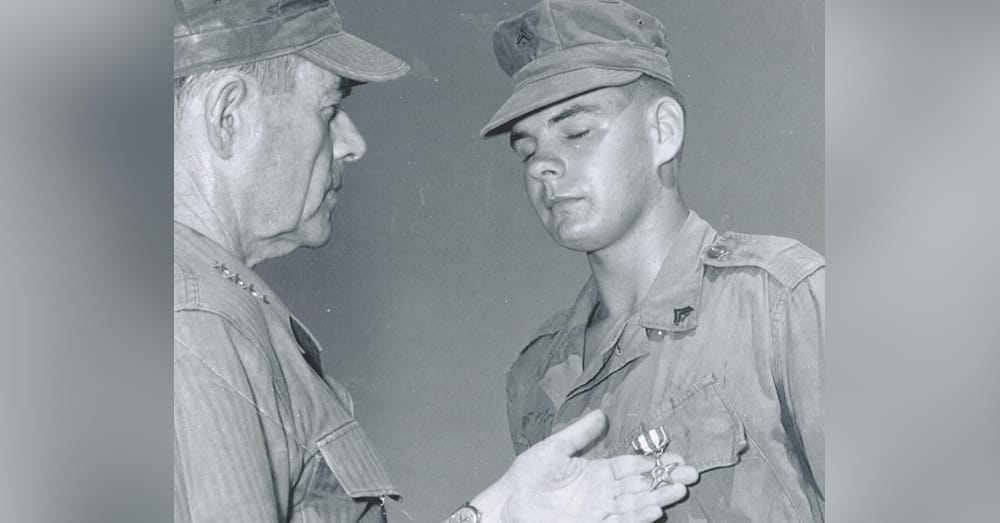 At Dawn, UH-34 helicopters from Marine Aircraft Group 36 (MAG 36) flew in Marines from Charlie Co. 1st Bn, 5th Marines out of Chu Lai. They were led by 1st Lt. Marshall Darling. They were inserted at the base of Hill 488 and began to assault the NVA 3rd Regiment forces from below in the effort to help break the siege on the Reconners at the top of the hill. As they got to the top of Hill 488, they reported that when they approached the Recon Marines, nearly all of them were armed with AK-47s they had taken from the enemy dead.

Every one of the Recon Marines and Corpsmen had been wounded, most more than one time. The Marines from C/1/5 counted 42 dead NVA around the Recon position. In this fight, the Marines suffered 10 KIA, including 2 from C/1/5 and 2 from one of the Huey squadrons, meaning that 6 of the 18 Charlie, 1st Recon team members were among those KIA. 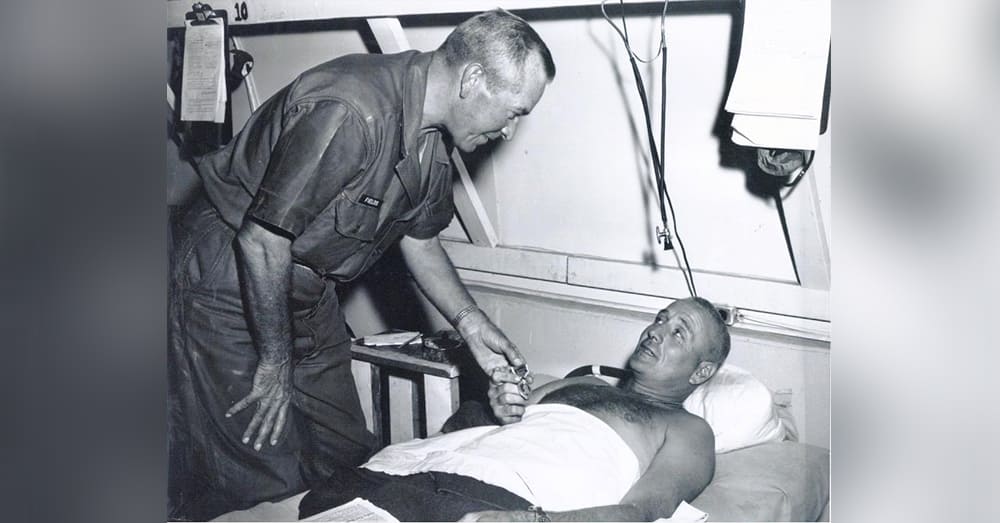 All 18 men were awarded for their valor that night on top of Hill 488.

The Veterans Site sends its respect to the Reconner Marines and Hospital Corpsmen of C Co., 1st Recon Bn. You are the epitome of the Marine Corps motto of, “Semper Fi!” We will never forget.