I joined the Navy in 1966. As fate would have it, though, the majority of my military service was with the Marines as an FMF Corpsman. As a result, I never saw service on a ship in the blue water Navy. In fact, the only ship I was ever on was as a patient on the USS Sanctuary, a hospital ship, off the coast of South Vietnam. 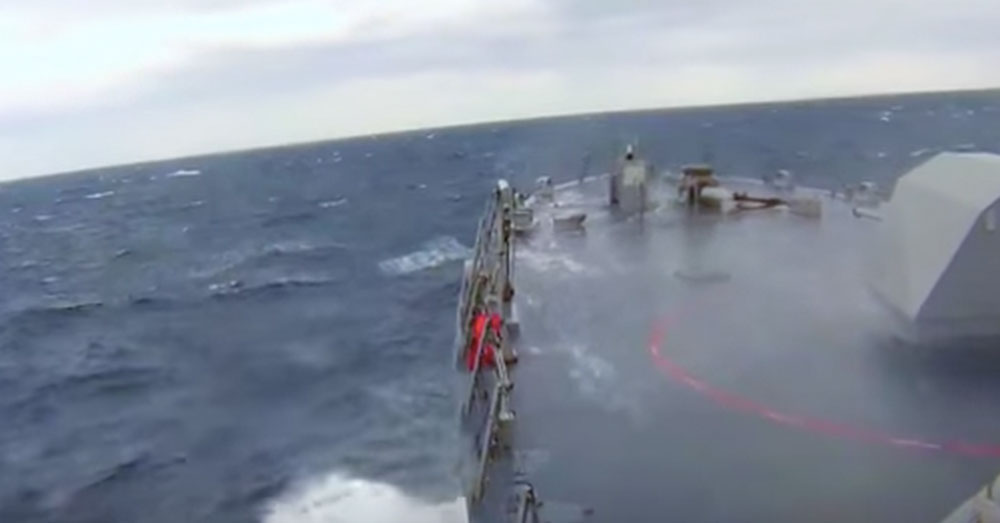 Because I have no experience and have no clue what it must be like on a warship riding out the raging seas during a heavy storm, I have no way of telling a good story about such an experience, but I recently happened to come across some YouTube videos of Navy ships encountering high seas that are pretty dramatic.

I suspect that these videos may bring back some memories of various sorts to some of my sailor brothers who have gone through such experiences.

Videos can only give us a hint of what it is like. I’ll bet, though, that sailors who have been through this would have some lively stories to tell about their experience in the grip of heavy storms out on the high seas.