Imagine, for a moment, being on a six-man Recon patrol.

You are spread out with a good 10 to 15 feet between you, moving slowly and warily through the jungle, every muscle tense, our senses on high alert. You are heading back to the LZ you had been inserted into only an hour or so before, because you have found a fresh, very recently used company-sized, NVA staging area hidden under the thick canopy of the forest.

Your team leader and radioman have been busy radioing in the coordinates and reporting on what you are seeing. There are sleeping areas, cooking areas, all cleared out, well camouflaged and able to accommodate well over a hundred men.

Command says to get the hell out of there and to get back to our LZ for an immediate extraction. 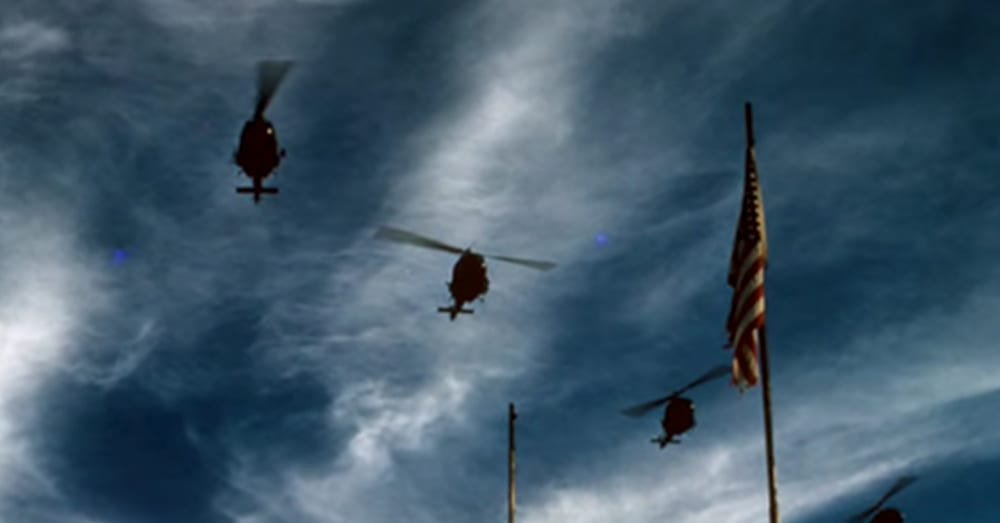 Your team gets back to the bomb crater atop a small, open, elephant grass covered knoll. The sharp blades of elephant grass are 10-12 ft tall. One of the team sets a claymore mine just off of the trail you have made through the elephant grass, just in case there are any enemy troops following you.

As you wait nervously for the helicopters there is nothing but silence! The air is heavy with humidity. It’s midday hot. Then you hear movement in the grass from the direction you’ve just come from. It is slow and deliberate. There are more than one of them out there in the elephant grass.

They are close, maybe twenty yards away. 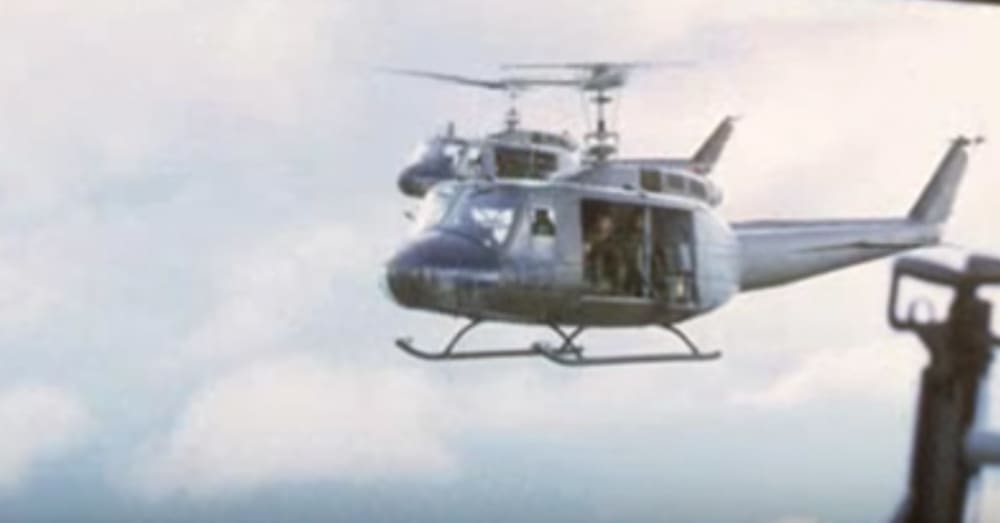 Source: YouTube/woodymitchell
A helicopter team fly a mission over Vietnam.

In that moment, you can hear your team’s six M-16 safeties going to semi, or full auto position. Then the team leader hits the plunger on the claymore and the silence is split by a deafening roar as the claymore blast tears through the elephant grass and anyone who might be in front of it.

Just as suddenly, the distinctive “crack-crack-crack” of AK-47 fire comes from three directions. All six of our M-16s return the fire in short and long, intense bursts.

Then, just as suddenly, silence again. It is eerie. You can hear your own nervous breathing and that of your team members. And each of you take quick glances toward the sky hoping to see the gunships and extraction helicopters coming in. 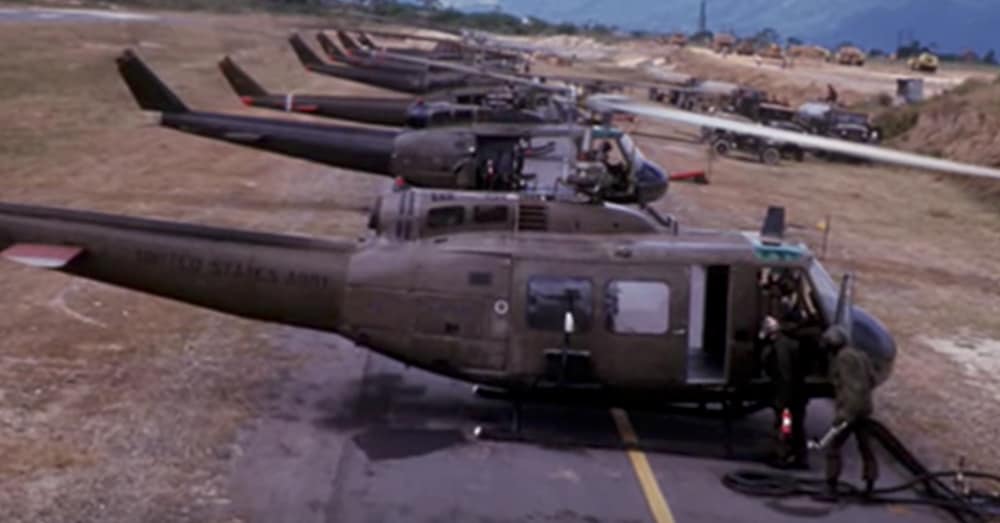 Source: YouTube/woodymitchell
Hueys lined up at an American base in Vietnam.

It was at times like this that the troops on the ground valued those helicopters, their pilots and their crews more than anything in all the world. The two videos attached to this article will give you a sense of the courage, the skill and the fierce, uncompromising dedication those helicopter pilots and crews possessed, and how much they meant to us on the ground who were caught in the middle of it. Those pilots and crews were some of the bravest men in Vietnam. And we reconners and infantrymen loved them.

As the writer, Joe Galloway says in one of the videos, to us they were “God’s own lunatics.”

When they got the call, they came in and did not hesitate to enter the kill zone to pick us up, to get our wounded out, to bring in needed food, water and ammo supplies. They had very little protective armor, and they were not fast, but we knew that they were not going to stop in their efforts to help us on the ground.