It was the worst of times to be a war hero.

The Vietnam War had become very unpopular and the pressures and the intimidation of political and social decent reached all the way to the White House. As a result, Marine Corps First Lieutenant Harvey Barnum, who had been approved for the nation’s highest award for bravery, the Medal of Honor, became one of only two people who were denied a White House ceremony to receive the award.

This denial has been rectified by a recent decision made by Navy Secretary Ray Mabus.

During the Vietnam War, as a first lieutenant, Barnum served as a forward observer with the 2nd Battalion, 9th Marines, 3rd Marine Division (Reinforced). On one occasion in 1965, he was with his company unit on patrol near Ky Phu, in Quang Tin Province. According to his Medal of Honor citation, they came under ferocious attack from Viet Cong forces and “were quickly separated from the remainder of the battalion by over 500 meters of open and fire-swept ground, and casualties mounted rapidly.”

The enemy fire was intense and accurate. His commander was mortally wounded and the radio operator was killed. The citation says that first lieutenant Barnum gave aid to the dying commander took command of the unit and the radio communications. He rallied his fellow Marines, reorganized them and led them in a counterattack against the enemy positions that were continuing to lay down heavy fire on them.

Though his unit was severely depleted his calm and quick decisions and actions turned the tide in their favor. On several occasions during the battle, he exposed himself to enemy fire to point out targets, which encouraged and inspired his men throughout the intense engagement. 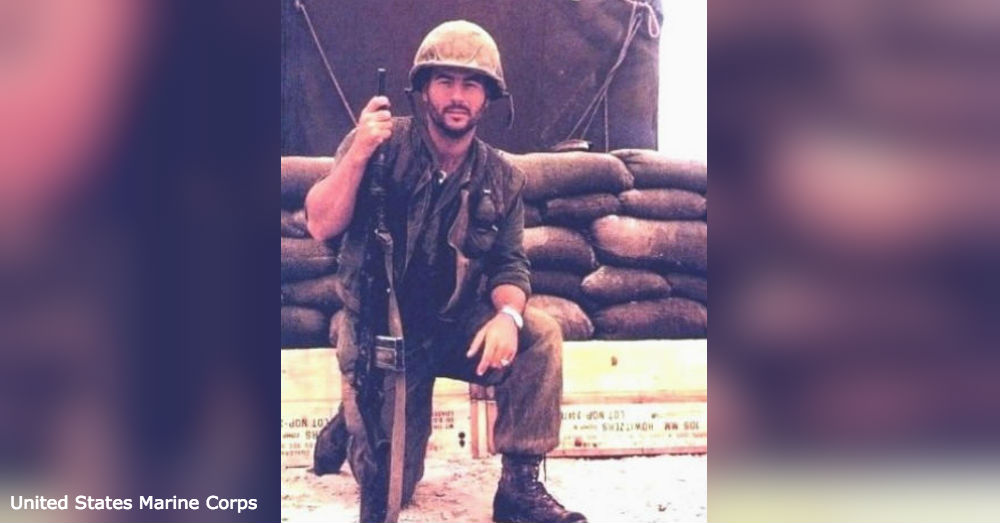 With the radio, Barnum directed the cover fire from two helicopter gunships that had come to their aid. At the same time he directed one platoon from his company to counterattack key enemy positions. This made it possible to call in the transport helicopters to evacuate the dead and wounded. He then led the remaining elements of his company to “mop up the final seizure of the battalion’s objective.”

His heroic actions were recognized by those who were with him and he was put up for the Medal of Honor.

Barnum was awarded the Medal of Honor in February of 1967. But because of the intensifying anti-war movement at the time, the Johnson Administration denied him a White House ceremony as it did not want to draw any attention or negative publicity about the war.

The Commandant of the Marine Corps at the time, General Wallace M. Greene, was not pleased. The general was quoted as saying, “He earned it, it’s been approved and if you won’t decorate him, I will.”

Barnum received the award from the Secretary of the Navy with General Greene in attendance, in the Sousa Band Hall of the Marine Corps Barracks in Washington, D. C.

Harvey Barnum went on to serve a long and successful career in the Marine Corps, retiring in 1989. Recently, Secretary of the Navy Ray Mabus decided that it would be fitting to name one of the new Arleigh Burke-class destroyers after Barnum. According to traditional naming conventions, this is unusual, because they are usually only named after deceased members of the Navy, Marine Corps, and Coast Guard.

Mabus said, “I think it’s important, when we can, to honor people who are still with us and thank them for what they did.” 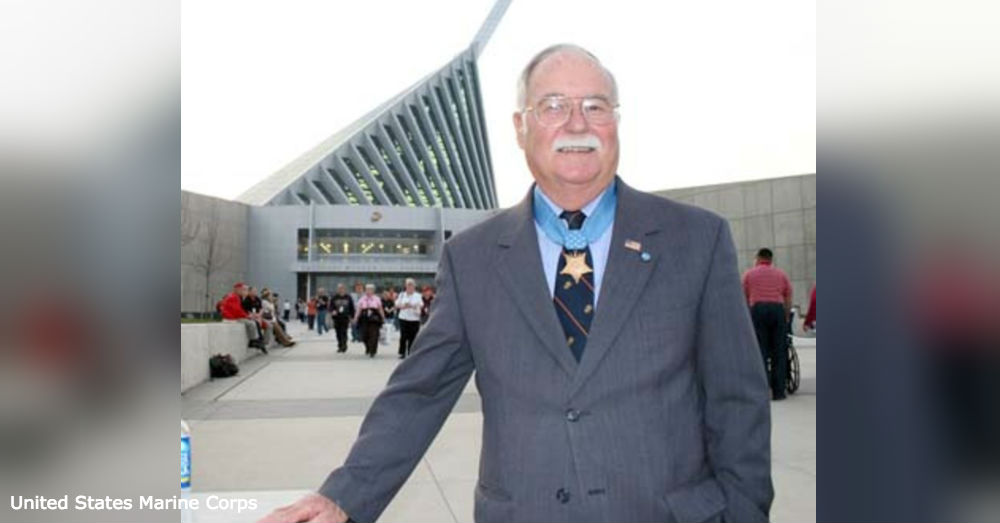 Barnum hopes to be able to go aboard the USS Harvey Barnum for a ride when she is completed. He also wants to be available to her future crews to answer their questions and to talk about his wartime experiences.

The Vietnam War was a tough time to be a warrior serving our country. It was not a popular war and the reactions of the anti-war movement went beyond peaceful protest. In the end, the protesters were unable to separate the warriors from the hated war in their minds. It has taken many decades for the country to do that and to finally recognize the selfless sacrifices of those who fought in that war.

We Vietnam Veterans are no longer vilified as we were in those days. Yet still today, the only “Welcome Home” we usually hear is from one another. It has become our habit to say, “Welcome Home” to one another when we meet another Vietnam Veteran. It has a different meaning for us. It has a sincerity that can only come from those who went through hell together, who survived it because they loved each other and depended on each other in ways that most will never know or understand, only to come home to a hell of another kind; one that was filled with either hate, or with complete indifference. But we knew the Harvey Barnums among us. And we knew real heroes, those who gave their all. We honor them with our lives and with our memories of them. We keep their stories alive.

The Veterans Site wishes to add its honor and respect to Col. Harvey Barnum for what he did for his brother Marines during that desperate fight against a determined enemy at Ky Phu that December day in 1965. You honor all of us. We thank you, good Marine. You continue to inspire us with your life and your continuing dedication toward those who serve this great country.

Semper Fidelis! We are Fratres Aeterni!