The USS Harry S. Truman Has Been Refitted And Is Ready For Duty

Watch this video about the USS Harry S. Truman (CVN 75), the eighth Nimitz-class carrier in the United States Navy preparing to go to sea trials after being refitted out of Naval Station Norfolk, Virginia.

You will get some idea of the duties of the various ratings aboard an aircraft carrier and a sense of her size and complexity. You’ll see “Snipes” at work below decks, and “Airdales” topside, walking the flight decks checking for stray objects that could endanger flight operations. 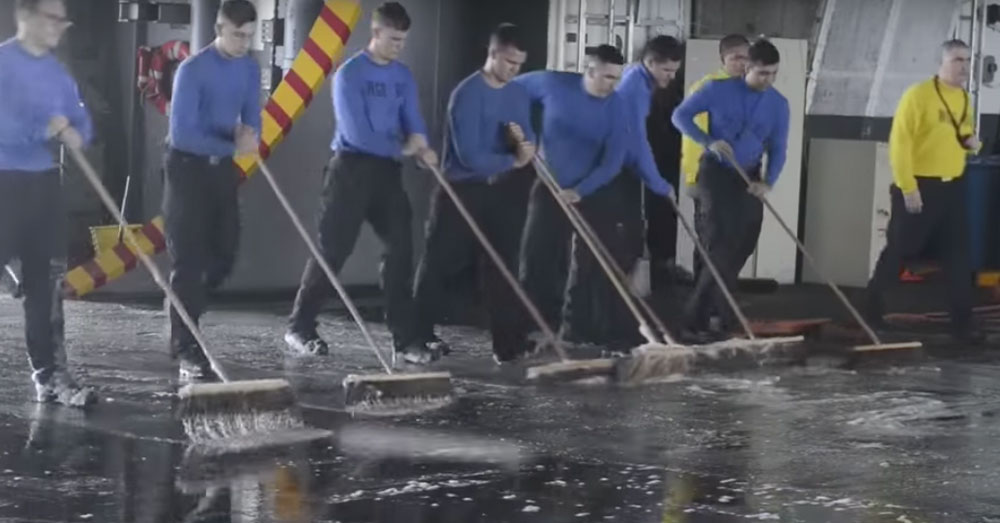 Source: YouTube/AiirSource Military
A deck of the USS Harry S. Truman gets a good swabbing.

These huge ships are literally floating, self-contained and sustained cities. I have only been aboard one as a visitor, but I’m sure there are some swabbies out there who remember serving on carriers and could tell many a good tale.