Retired Lieutenant General Harold “Hal” Moore, 94, has passed away. He was a decorated war hero, a West Point graduate, and veteran of both the Korean War and Vietnam War. Moore is well known for his autobiographical book We Were Soldiers Once… And Young, which detailed the Battle of Ia Drang in Vietnam and the heroism of the soldiers who fought there. The book was adapted into the film We Were Soldiers in 2002, with actor Mel Gibson portraying Moore.

“I just lost my best friend,” Joseph Galloway, friend, co-author, and fellow veteran told Stars and Stripes. “I remember that none of us would have come out of there alive if it weren’t for Hal Moore and his brilliance as a combat commander.”

Galloway was a reporter during the Vietnam War and was at the Battle of Ia Drang with Moore. They became lifelong friends, and would eventually tell their story – and the story of the men they served with – in the New York Times Best-selling book We Were Soldiers Once… And Young.

The Battle of Ia Drang took place in 1965 during the Vietnam War. Moore, then Lt. Col. of 7th Cavalry, led the 1st Battalion against the North Vietnamese Army (NVA). After landing in the Ia Drang Valley, they immediately came under attack from the NVA without a clear landing zone for evacuation. 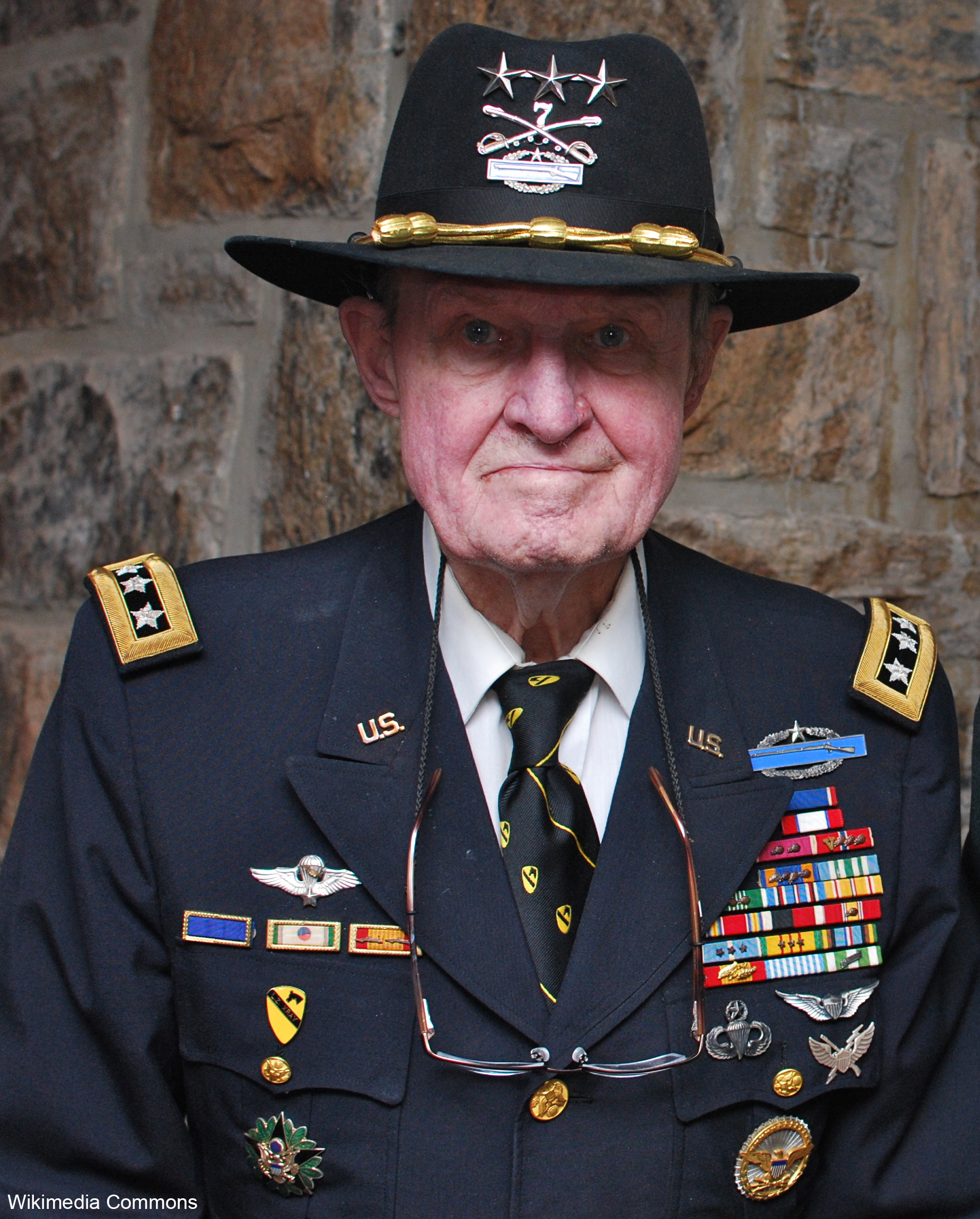 “Within 20 minutes of the first shot, the 7th Cavalry, vastly outnumbered, was assaulted by hundreds of enemy furiously determined to overrun it,” Fort Bennings recounts of the battle. “After a three day bloodbath, the enemy quit the field leaving over six hundred of their dead littering the battleground. Hal was awarded the Distinguished Service Cross, the nation’s second highest award for valor, for his actions during the fight.”

Moore served for 32 years in the United States Army, starting with his first commission from West Point as a Second Lieutenant and eventually earning the rank of Brigadier General, Major General, and finally Lieutenant General. He passed away at home just three days before his 95th birthday, and was laid to rest at Fort Benning Post Cemetery.

Not only is Moore remembered for his valiant service to his country for more than three decades – domestically and overseas, including two wars – but also for his service to fellow Vietnam veterans. Moore and Galloway wrote We Were Soldiers Once… And Young in an attempt to accurately portray the conditions of the Vietnam War and the brave men who fought in it. Both men believed that was something which had not been achieved and that Vietnam veterans deserved the proper recognition and respect.

That carried over into the making of the acclaimed film We Were Soldiers, as well. Moore and Galloway had turned down offers to make their book into a movie more than once, but when approached by director Randall Wallace, they got on board. Wallace, a former Army Ranger himself, had the actors go through boot camp as training for the film, used authentic firearms, and even had actor Greg Kinnear learn how to fly a helicopter (instead of using special effects) to retain its authenticity.

Lt. Gen. Hal Moore was a hero and a patriot, and he will be sorely missed, but he will not be forgotten. His legacy of valor and dedication to the Army and veterans will continue to live on to inspire others in the future.

Watch a clip of the film We Were Soldiers below.