Growing old is tough, especially when battling dementia. This was the case with 95-year-old WWII veteran Edward Hardy. Life got tough when Hardy was moved into a care facility in Somerset, England. He had to leave his 91-year-old wife of 75 years behind at home. But a ray of hope has been shining down on Hardy since he made a strange request of the Internet community: he wanted musicians to jam with! 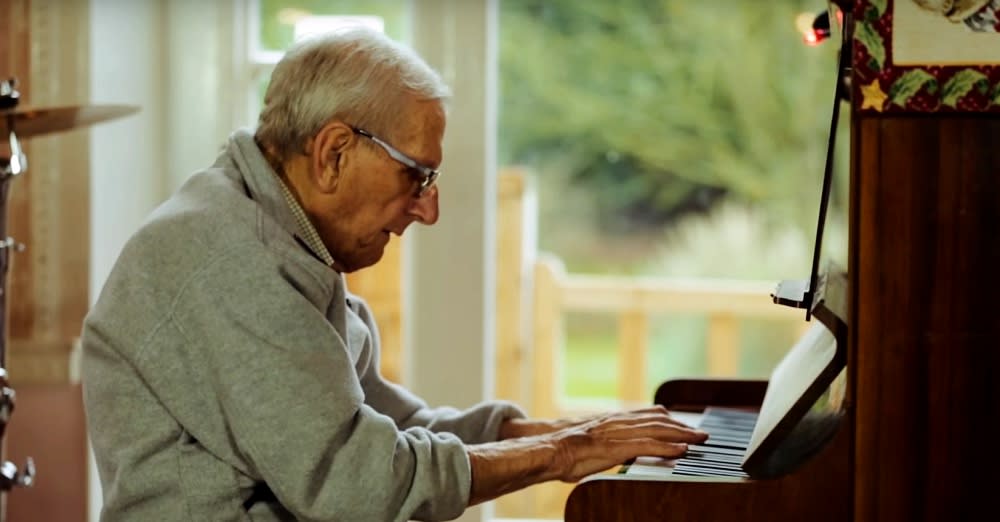 Edward Hardy was a jazz pianist for a huge part of his life. After returning from deployment in Japan during WWII, Hardy started a band. He went on to play with a quartet for 40 years. But after he moved into a full-time care facility for his dementia, he hasn’t been able to find people he could play with. He was still able to play piano despite his mental state. So he reached out to the Internet for help.

Sam Kinsella, one of the women looking after him at his care facility, used Gumtree (the UK’s version of Craig’s List) to post an ad soliciting band mates for Hardy. Kinsella and Hardy were shocked to receive over 80 responses from willing musicians!

Since then, Hardy has reunited with his former band mates, friends he hasn’t seen in over 35 years. Music has been long known to help with the effects of dementia and Alzheimer’s. Hardy seems to agree when he said:

“I have missed playing and when I do play now it makes me feel better and young again.”

And now that he has a group to play with, they’re rehearsing for a performance at Hardy’s care facility. Saxophonist, Jezz Jackson, told SWNS that it’s a unique opportunity. “Ed was born in the 1920s and has lived through all the major eras of music… this was also a special opportunity to perform with him.”

Check out more videos of musically talented veterans on our blog!