Vincent R. Capodanno, Jr. was a man of action. When he served with his Marines, he was a good 18 years older than most. He was like a father figure to many; someone they could talk to, who would listen without judgement as they poured out their fears and their hopes to him. That meant that he was with them in the field. This was more remarkable for the fact that he was a priest, a Catholic Chaplain.

Father Capodanno, went to Vietnam in April of 1966 and was with 1st Battalion, 7th Marines at Chu Lai. He was the only Catholic Chaplain and spent most of his time rotating between the 12 rifle companies and accompanying them out into the field. Rather quickly, he gained the affectionate respect of his Marines who began calling him “Grunt Padre.”

While serving with the 7th Marines, he was awarded a Bronze Star for his own heroic actions in the field. Fr. Capodanno volunteered to extend his tour in Vietnam twice. In July of 1967 he was transferred to the 1st Battalion of the 5th Marines. 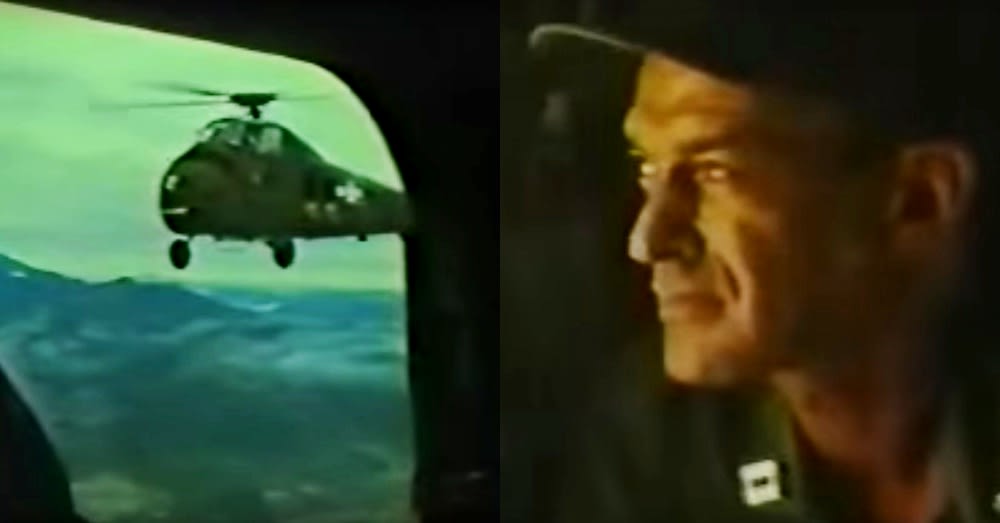 On September 4th of that year, the two companies of 1/5 became engaged in an intense battle in the Thang Binh District. Fr. Capodanno went into the field with reinforcement companies from 3/5 to be with his men. When they were inserted, they ran into a storm of enemy resistance. One platoon was under particularly heavy fire and was in danger of being overrun. Fr. Capodanno went to their aid and pulled their radio operator to a safer position, then moved through heavy enemy fire to aid other Marines.

He was wounded by mortar shrapnel, but continued to offer aid. He saw a Corpsman get hit by machine gun fire about 15 meters away and went out to get him. At that time, he he attempted to shield the Corpsman and was himself hit by 27 rounds from the Machine gun. Fr. Capodanno died trying to save that Corpsman.

For his actions that day, Fr. Vincent Capodanno Jr. was awarded the Medal of Honor. He is one of three Chaplains to earn the MOH during the Vietnam War.

honors and respects the courage and the faithful dedication of Fr. Capodanno. We thank all Chaplains who have served the faith needs of our military in times of peace and in times of war.

To Fr. Capodanno we say “Semper Fi, Grunt Padre. You are not forgotten.”