When Vietnam veteran Greg Andre heard his niece had passed away, there was little he could do but mourn in silence. Because of his health and finances, Andre could hardly send a card, let alone travel far from his Sandy, Utah home to attend the funeral. 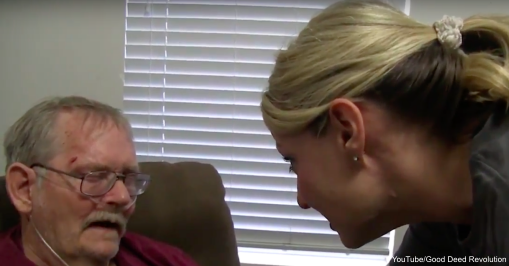 When Utah non-profit Good Deed Revolution caught wind of Andre’s story, their staff contacted Mac Warehouse, who donated a laptop with a webcam so he could watch the service from home.

The laptop was delivered to Andre a day before the funeral.

“If it weren’t for you guys I would not be watching the funeral tomorrow. And for that I owe you more than I could ever repay,” Andre told the staff at Good Deed Revolution. “The only thing I can say is I will pass on the act of kindness in some other way, shape, or form.”

While Andre’s heart was touched by the work of others, over 60,000 more veterans remain abandoned on the streets of the United States, where some have been robbed, beaten, and even killed. Often all that stands between them and a home of their own is the deposit, but as most chronically homeless veterans do not have jobs or income to cover that required cost, they remain on the streets. There is housing ready for many of these chronically homeless veterans, and your donation will help move one into their own place.