Last week, a group of U.S. Army soldiers and coalition troops were ambushed in Niger, the north-central African country, according to U.S. Africa Command (AfriCom). Three Green Berets were initially reported as having been killed in the ambush, but AfriCom released a statement saying that a fourth soldier had also been killed. The military identified all four Green Berets who lost their lives in the ambush.

Pentagon spokesperson Dana W. White said in a press conference that this is the first time American troops have been killed in combat in the country of Niger.

U.S. troops in Niger train and assist Nigerien forces, as well as assisting French troops in the region with intelligence, surveillance, and reconnaissance of local extremists. Two other soldiers were wounded in the attack, along with a number of Nigerien troops who were killed or injured as well. The two injured U.S. soldiers were flown to Landstuhl Regional Medical Center in Germany, where they are in stable condition.

“It was meant to establish relations with the local leaders and the threat at the time was deemed to be unlikely,” said Army Col. Mark R. Cheadle. The soldiers, Cheadle said, were not conducting a combat mission at the time. “But our allies the French were very quick to respond with their assets immediately upon notification that it was needed.” 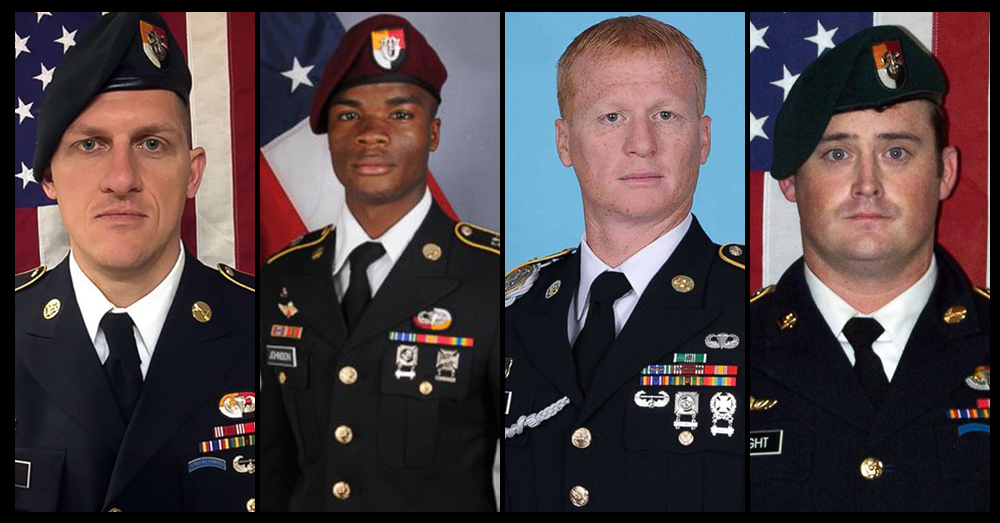 It is still unclear who attacked the troops and killed the four Green Berets, but according to Military.com, “the al-Qaida offshoot known as Al Qaida in the Islamic Maghreb (AQIM) operates in neighboring Mali and has conducted cross-border raids into Niger.”

“I’m terribly saddened by the loss of four of Fort Bragg’s finest in Niger this week,” said Senator Richard Burr of North Carolina. “This tragic news comes as a reminder that the United States has service members in 177 countries across the globe, serving alongside our allies to ensure America remains safe and free. Staff Sergeants Bryan Black, Jeremiah Johnson, Dustin Wright, and La David Johnson were courageous warriors who gave the last full measure of devotion, and I join an indebted nation in sending my condolences to their families and fellow service members.” 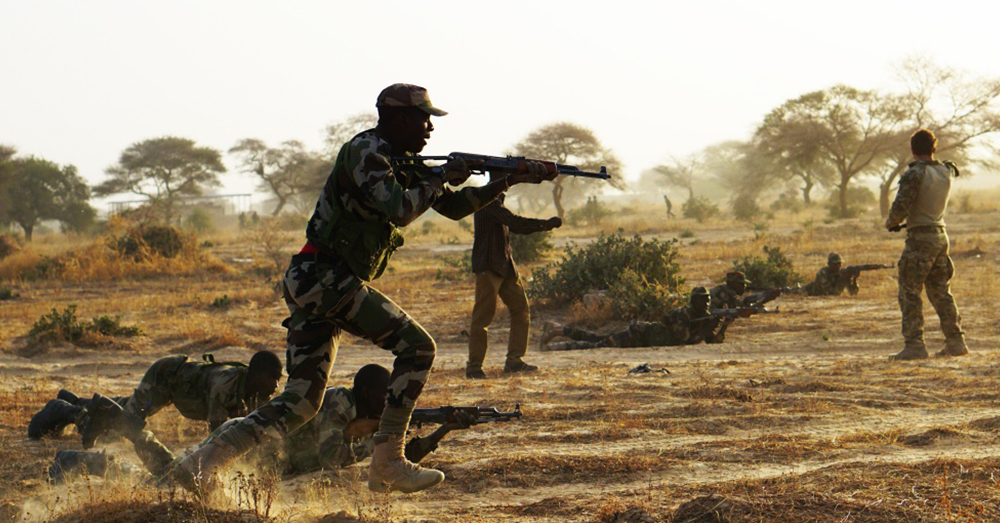 Lt. Col. David Painter, Commander, 2nd Battalion, 3rd Special Forces Group said, “Our thoughts and prayers are with this soldier’s family as we mourn the loss of this dedicated Green Beret. Staff Sgt. Black is loved by so many in our Battalion, and his life was spent in service to his family, his friends, his team, and his country.” He added, “Staff Sgt. Wright was an exceptional Green Beret, a cherished teammate, and devoted soldier. Dustin’s service to 3rd Special Forces Group speaks to his level of dedication, courage, and commitment to something greater than himself. We are focused on caring for the Wright family during this difficult period.”

Lt. Col. Megan Brogden, commander of Group Support Battalion, 3rd Special Forces Group said, “Staff Sgt. Jeremiah Johnson was an exceptional soldier in all regards. We, as a nation, are fortunate to have men like Jeremiah. He not only represented what we should all aspire to be, but he lived it. His loss is a great blow and he will be missed and mourned by this unit.”

“We are looking into all the facts that we can gather and [with our Nigerien partners] we will…figure out why this happened and what can be done to protect our soldiers, sailors, Marines, and airmen in the future,” said Col. Mark R. Cheadle.

The Veterans Site joins the Army and the nation in mourning the loss of these three brave men. Our thoughts and prayers are with their families, friends, and fellow service members.