Some of the best moments in life are also some of the smallest ones, and everyday people can be our heroes in these moments by doing some of the simplest things.

One amazing Marine veteran made a dream come true for two of his family members by helping his elderly father dance with his daughter. Dean Evans’s dad, Rick, suffers from Alzheimer’s disease and Parkinson’s disease. He was diagnosed in 2011, and, at the age of just 66, he is no longer able to stand and walk on his own. Evans left the Marines after eight years of service to return to his parents’ home in Waldorf, Maryland, to care for his father.

But when Evans’s three-year-old daughter, Paisley, who is obsessed with Disney princesses, requested a dance with her grandfather, Evans knew he had to find a way to make it happen. 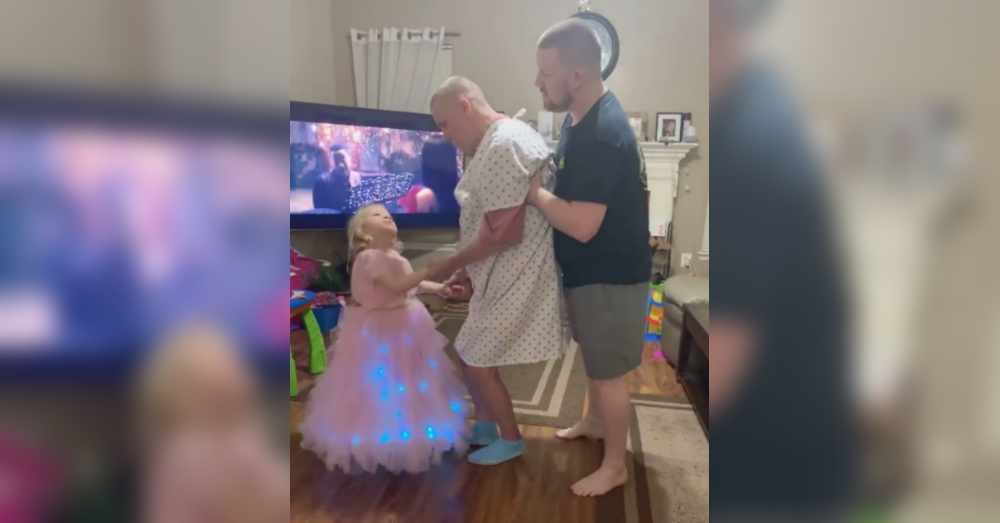 “My daughter wanted to dance with my dad,” Evans posted on Facebook. “She wanted him to go to a ball with her, so she grabbed her Disney dress. Melts my heart.”

So as Paisley donned her light-up princess dress and prepared for her dance, Evans helped his father stand up to dance with her. The family also played the live action version of the “Beauty and the Beast” song “Tale As Old As Time,” featuring John Legend and Ariana Grande, in the background to dance to. 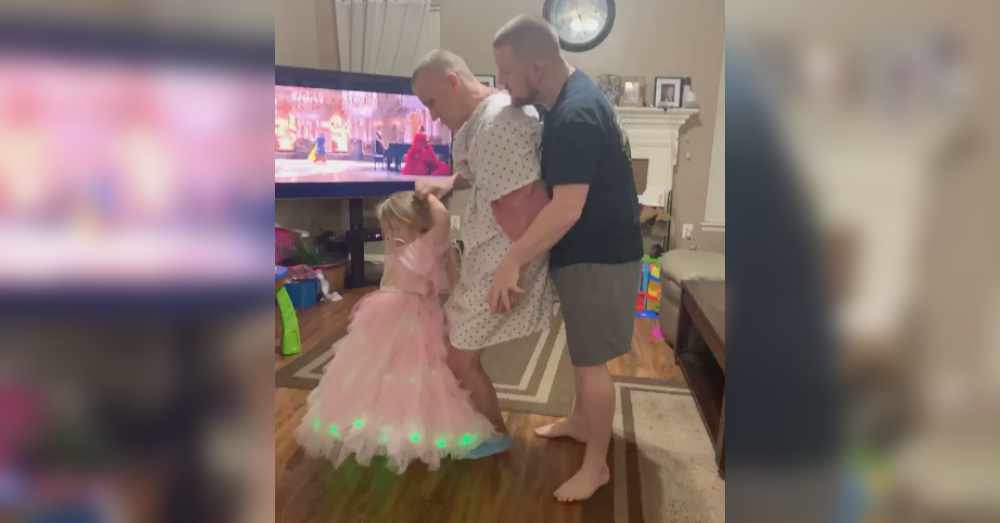 With Evans positioned behind his father and holding him up as he swayed from side to side, the elderly man was able to hold his young granddaughter’s hands and not only watch but also participate as she joyfully twirled to one of her favorite songs. Paisley’s brother also briefly joined in the action, and Grandpa Rick was visibly overjoyed, despite being unable to articulate his feelings at this stage of his disease. 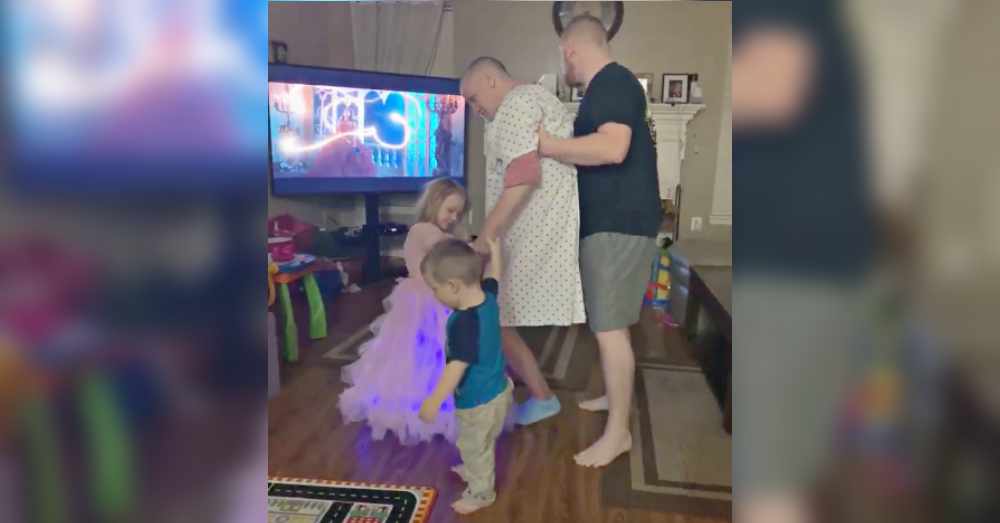 Since the video was posted on social media, it has been viewed nearly a million times. It’s also received thousands of likes, comments, and shares.

Thank you, Dean Evans, for being a hero not just when you wore the uniform but also in these little moments that mean the world to an old man and a little girl. This is surely a memory your family will treasure for years to come!

Check out this magical moment in the video below.