Hundreds of senior veterans showed what real soldiers are still made of at this year’s National Veterans Golden Age Games held in Detroit.

Over 900 veterans took part in the games’ 30th year, each showing dexterity and skill in basketball, cycling, track and field events, and even shuffleboard in the Motor City’s Cobo Center. 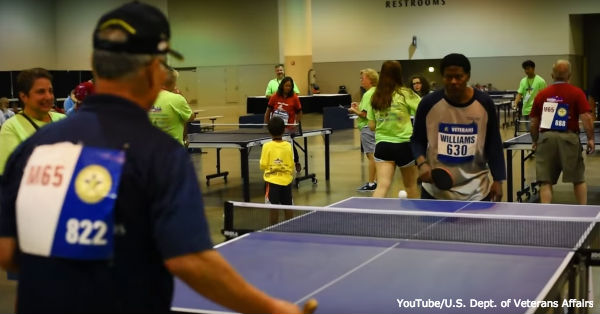 Some vets even came home with gold. The Northwest Herald reports that 88-year-old World War II veteran and Harvard resident Chester Parks wore the two gold medals and silver he won in the the 25-yard freestyle, 50-freestyle, and 25-backstroke as his community celebrated his return with a parade.

“I was absolutely overwhelmed,” Parks said. “I was crying, the sirens were going, the horns were blowing, all the neighbors all over this whole subdivision were outside.”

Parks had been preparing for the games since April but never expected to take so many medals.

“It was very competitive, and I enjoyed being with all the vets,” Parks said. “It was like being back in the Army.”

The National Veterans Golden Age Games is the only multi-event sports and recreational seniors’ competition for American vets. The program was designed by the U.S. Department of Veterans Affairs to improve the quality of life for all older veterans through adaptive rehabilitation. The games are open to veterans 55 or older who receive health care from the VA. 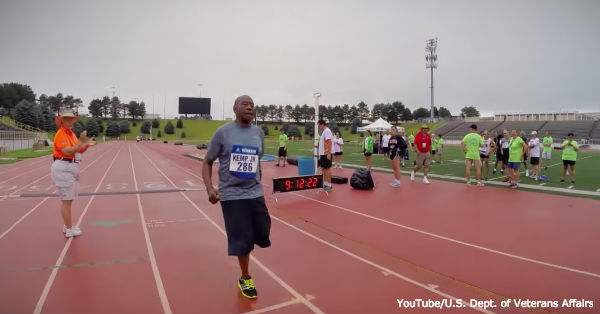 The opening of the games on July 12 gave veterans and volunteers a chance to work together and enjoy a fun few days in Detroit. Kimberly Morrow, a nearby Livonia resident who specializes in massage therapy, told The Detroit News that she was grateful for the opportunity to comfort the vets there, and hopes to some day work with the VA’s Hands for Heroes initiative, an organization of health care professionals donate time and skills to vets.

“I would be honored to play a part in relieving the post-traumatic stress veterans face,” Morrow said. “We can’t cure it, but we can help.” 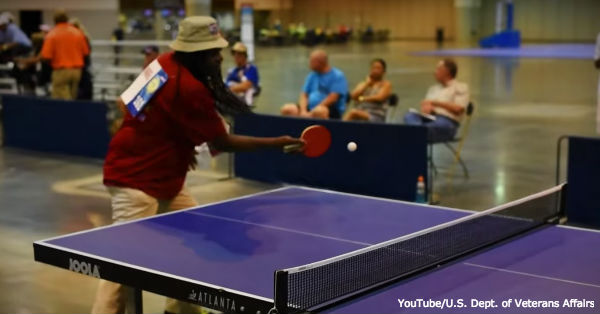 The final medalists from the National Veterans Golden Era Games were announced on July 14, but every participant in the games deserves a lifetime of respect. Follow this link to read more about the Invictus Games, which highlights wounded and ill service members from across the globe.