It can be so tough for someone to live without their soldier when they go overseas — and it can be hard on their pets, too.

JD Aument serves in the Army reserves, and he’s been overseas for the past nine months. When he’s home, he works as a firefighter.

He seems like an all-around good person — and his dog, Brindle, seems to think so too.

A few years ago, JD wanted to adopt a dog, so he went to an animal shelter. He found Brindle that day, and they’ve been best buddies ever since. 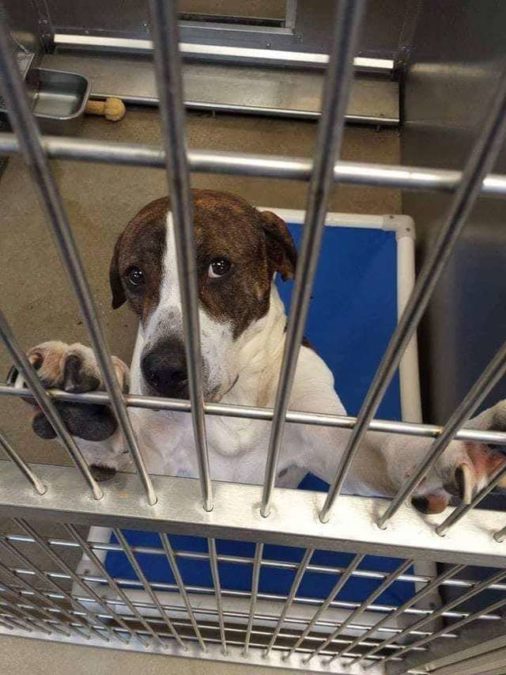 However, when JD was deployed, Brindle took it really hard. He just didn’t understand. All he knew was that his favorite human was gone, and he was heartbroken.

“He’s so sad without him here,” Rachel Marie Aument, who is JD’s wife, said. “He loves me, don’t get me wrong, but I’m not his person.”

And it’s not just Brindle who has felt his dad’s absence. Xander is the other family dog, and he misses him too. He’s more of a mama’s boy though, so he hasn’t taken JD’s absence quite as hard as Brindle. 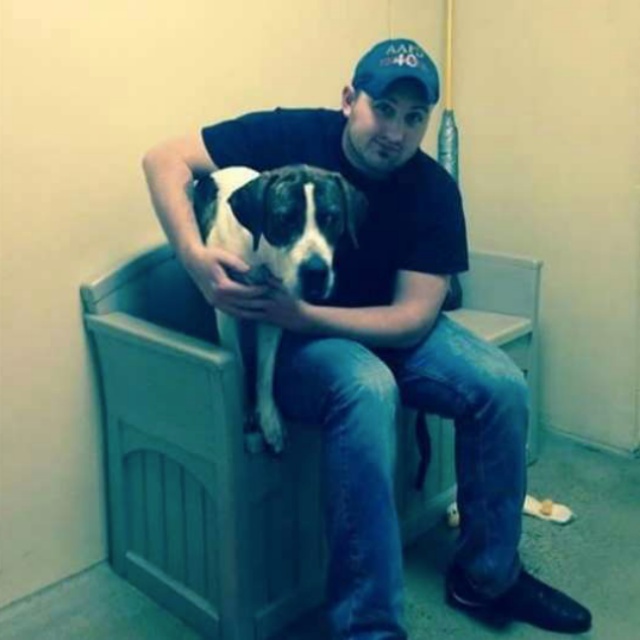 “He has days where he just sits at the front window, crying,” Rachel said.

Brindle has been waiting and waiting for his dad to come home — or at least a sign that he’s going to come back for him.

JD sent Brindle a special gift just for him: an unwashed shirt that still had JD’s scent on it. 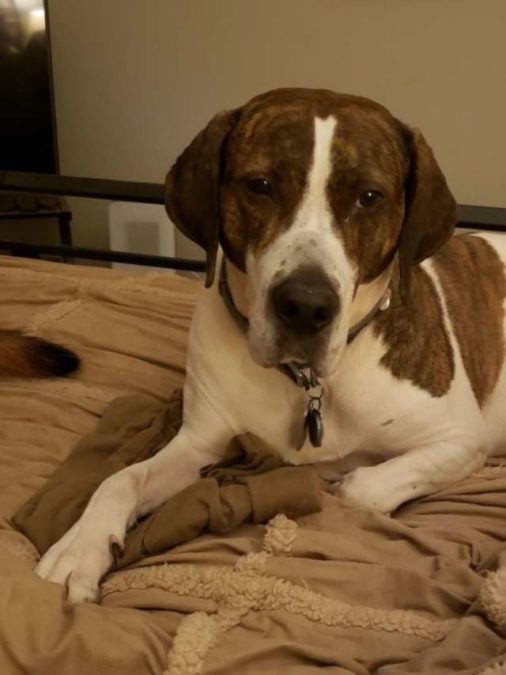 “He immediately knew that it was JD’s shirt. There was no doubt about it,” Rachel said. “I was crying so hard while recording his reaction.”

JD couldn’t be there in person, but his shirt clearly made Brindle feel like he was still around.

“He carried [the shirt] up to bed with him after the video and slept with it the rest of the day,” Rachel said.

Brindle probably would have continued carrying the shirt everywhere he went, but his mom came up with a better idea: she put it on him!

“I think he felt a little abandoned when JD left and the shirt helped reassure him that Dad still loves him and is coming back,” Rachel said.

The shirt should hopefully tide Brindle over until his dad comes home — and he won’t have to wait too much longer! JD is due back from leave in about a month. 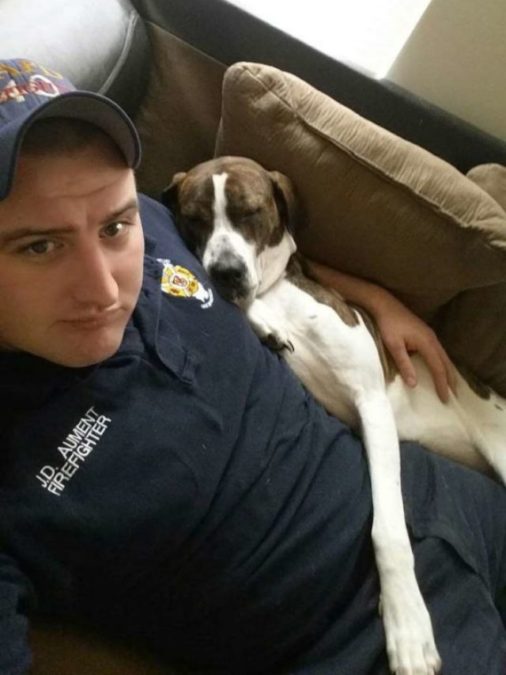 Thanks to his thoughtful dad, Brindle is feeling a bit better.

And so is Rachel!

“I miss JD so much and it was the first time any of us had smelled him in almost 10 months,” Rachel admitted. “I had to take a minute with the shirt for myself before I could share with Brindle.”

Watch this video to see Brindle sniff the shirt and realize it’s his dad’s. His reaction is everything.