On November 19, 1863, Abraham Lincoln addressed a large crowd in Gettysburg, Pennsylvania. He was there to dedicate a 17 acre piece of ground purchased and set aside to bury the 7,500 men who had perished in the fierce three-day struggle between the invading Confederate Armies of Gen. Robert E. Lee and the Union Armies of Gen. George McClellan that has come down to us as the Battle of Gettysburg.

On this 155th anniversary of that event, the Veterans Site offers a copy of the address that Lincoln gave at that event for your contemplation and personal reflection. It is one of the most beautiful speeches ever given in the English language and it is one of the most important speeches in American history. The words of the Gettysburg Address are for the ages. Their message is as important for us to reflect upon today as they were on the day it was delivered.

Lincoln wrote this address while traveling by train to the battlefield at Gettysburg. He was still editing it just before he gave it. He was preceded by a speaker who, in the tradition of the day, gave a two-hour-long address to the gathered crowd. Lincoln’s speech lasted only a few short minutes. We must remember that Lincoln was bearing the full weight and consequences of conducting the ongoing Civil War at the time. His mind was full of the sea of troubles that were in his charge. 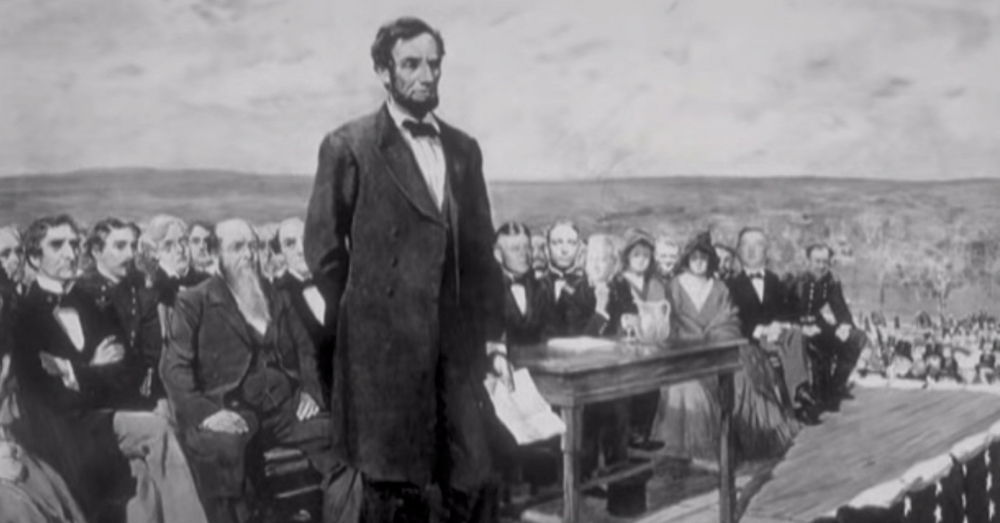 But we also see the quality of the mind of that great man in these words as well.

The Gettysburg Address was, in its own way, a distillation of the meaning and purpose of this great country that began in war from 1775 to 1783 and which was constituted as a new nation with the passing of the Constitution of the United Stated in 1787 and the election of George Washington in 1789. That Constitution set up a democracy unlike any the world had ever seen before.

This democracy, like all great human endeavors, started with an outline of great hope that was codified in the Constitution and the Bill of Rights. But, like all human institutions, it had its flaws as well, some of which would eventuate only 87 years later in the cataclysm of the Civil War. 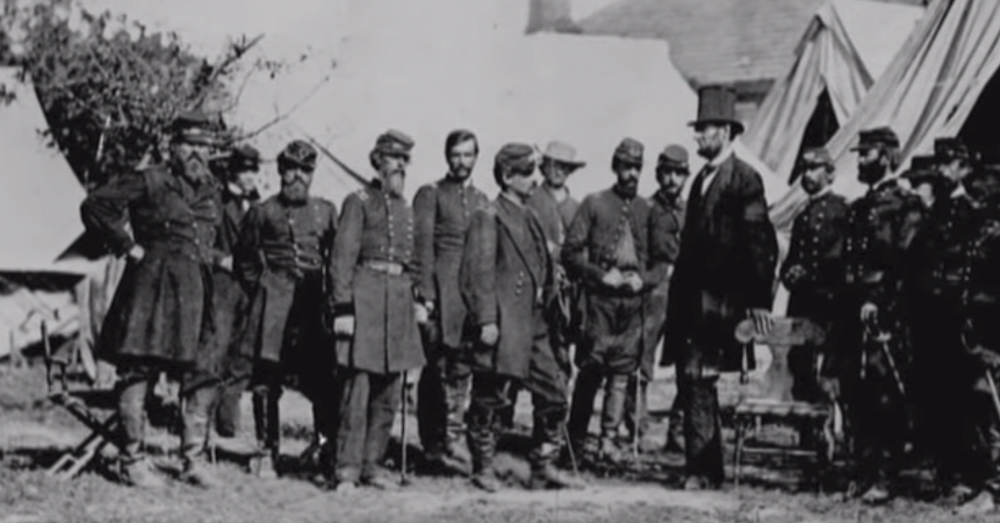 Source: YouTube/cparsons2005
Lincoln walks past service members on the way to giving his address.

Lincoln’s words honored not only those who fell at that monumental battle in the farm fields surrounding the small college town of Gettysburg, Pennsylvania, but it also defined more clearly than ever before the purpose and the dream of this nation. This country, as he so eloquently points out in his words, was born on the premise that “all men are created equal and the idea that this government, unlike all the other governments on earth at the time, was a government “of the people, by the people and for the people,” and that the great struggle of the Civil War was conducted in the hope that this nation should never perish from the earth. 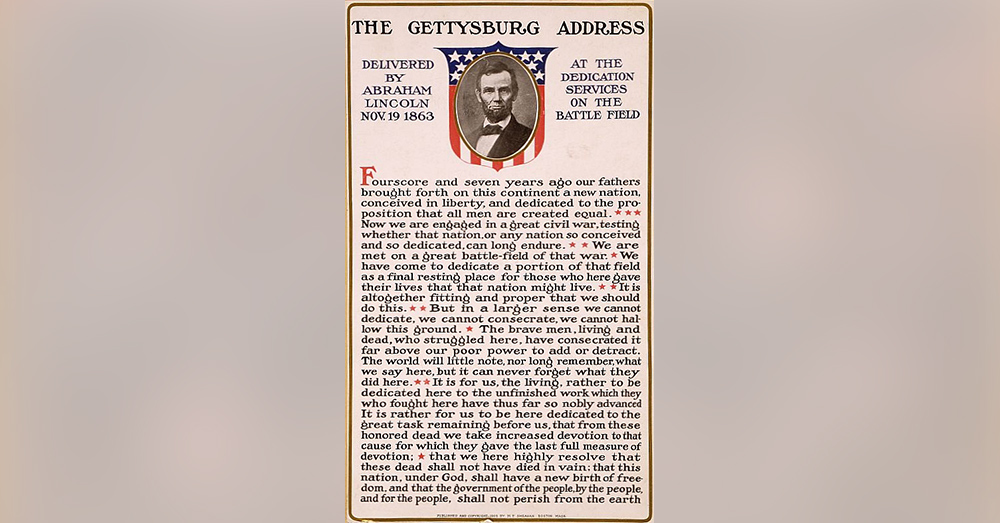 Please read and reflect on these beautiful words and make them come alive in your own sense of yourself as an American. We are never free from defending this great experiment in democracy.