At his August 4 retirement ceremony at Marine Barracks Washington, flanked by 200 Marines standing at attention, Defense Secretary Ashton Carter and Commandant Robert Neller spoke highly of Paxton and his service, and presented him with the distinguished service medal, signaling meritorious service in a public position.

“Jay Paxton made great changes possible when it was needed most,” Carter said. “He saved lives, countless lives.”

The Assistant Commandant General played a key part in the military’s logistical operations in 2009, getting more than 8,000 armored vehicles to forces operating in minefields overseas in a matter of 16 months. 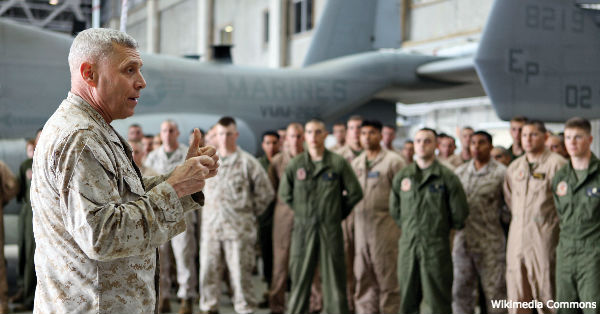 “He brought a field commander’s operational style to the E-Ring of the Pentagon, of all places, focusing on identifying solutions or assigning responsibility,” Carter said. “Answers like ‘It can’t happen,’ or ‘It’s too costly,’ or ‘It will take years,’ weren’t acceptable. Jay’s answer was always, ‘Figure it out and come back to me.'”

According to Neller, Paxton is a “tireless, selfless human being,” whose dedication to the job was peerless.

“The guy just knows his stuff,” Neller said. “He knows more about war than anyone I’ve ever met in my life as a Marine.”

As retirement official for Paxton’s ceremony, Neller commented on the auspiciousness of the occasion, and whether or not he had even earned the right to preside over the event.

“I kind of felt like a kid standing in front of Lou Gehrig or Cal Ripken, wishing I had a baseball,” he said. 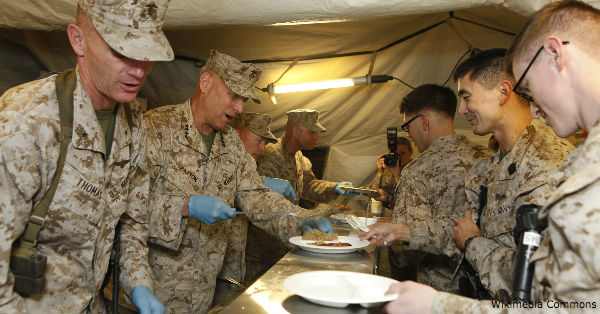 Paxton took on the role of Assistant Commandant of the Marine Corps in December 2012. He went to Cornell University and graduated with degrees in Civil Engineering. His first military commission came through Officer Candidate School in 1974, and through promotion would eventually command the Marine forces in Africa, Europe, Iraq, and the Atlantic. In all his humility, he still jokes that he only ever wanted to be a marine.

“The Marine Corps lied to me: I thought it was only three years, not 42,” he said.

Another retirement has recently left a mark on the American military. While Many fighter pilots have never seen Leslie Shook, her voice is heard all over the world. The Boeing employee retired after 20 years, a career that included her voiceover work as the alert heard by pilots in the cockpit of F/A-18 Hornets, the staple fighter jet of the U.S. Navy. She had one of the most unique jobs at the Boeing plant in St. Louis. Follow this link to read more about her story.