Maj. Gen. Harold J. Greene, a two-star U.S. Army general, was killed in Afghanistan in what appears to have been an “insider” attack. Fifteen other coalition soldiers were injured, including a German general.

The attack took place at a base east of the capital, Kabul. This base, the Marshal Fahim National Defense University, is a major training center for Afghan forces under the mentorship of U.S and coalition force trainers. It is often called the Afghan West Point. 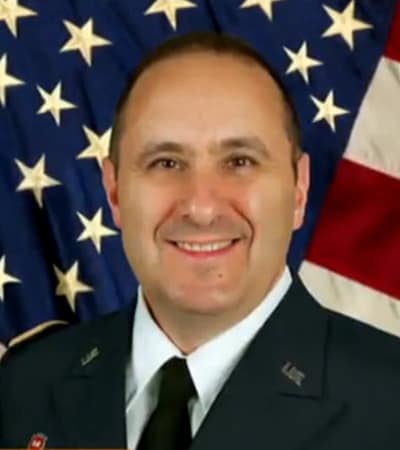 General Greene, a 34-year veteran of the Army, was killed by a gunman dressed as an Afghan soldier. An engineer by training, Greene was on his first deployment to a war zone. He was involved in the effort to prepare Afghan forces to take over full responsibilities for the defense of their nation after American and coalition forces are gone. He was, at the time of his death, deputy commanding general of the Combined Security Transition Command-Afghanistan.

Maj. Gen. Greene is the highest ranking officer to be killed in combat action since 1970, during the Vietnam War. Initial reports are still sketchy, but it is believed that the gunman opened fire from inside a building firing indiscriminately at a gathering of people outside. It is not certain that the general was the particular target the gunman was after.

These so-called “green-on-blue attacks” are not new. 2012 saw the highest number of them with the highest number of casualties. That year saw 60 coalition troops killed in 40 attacks, and most of those were Americans. These attacks have been reduced considerably over the intervening years. Last year saw it reduced to single digits and this is the first loss of this kind this year. This is, in part, due to a vetting process that has been introduced in the recruiting and training of Afghans from all over Afghanistan.

This kind of event tempts us to look at the dark side of the potential future of Afghanistan and its ability to defend itself. The media is not good at looking at the bright side possibilities. Bad news sells newspapers and keeps the 24/7 cable news ratings high. I am not in the loop on these things. I have no special insight into the U.S. or Afghan current assessment concerning whether the overall training of the new Afghan army and police forces can be called success or not, or whether they are more positive about it than not. I can only wonder if the media insight into that assessment is any better than mine. We, as always, will have to wait and see on that.

“American military trainers are dedicated to making a difference in helping the Afghan military to become a capable force in the effort to defend themselves against the Taliban.”

What I believe at my core is that the American military trainers are dedicated to making a difference in helping the Afghan military to become a capable force in the effort to defend themselves against the Taliban. I know that they are the best at this, and I believe that the vast majority of the Afghan people do not want to be under the rule of the Taliban ever again.

The two candidates for Prime Minister to replace Hamid Karzai are both committed to maintaining a positive relationship with the United States. Both have said that they would sign a force agreement to keep a number of U.S. forces in the country after the U.S. withdrawal at the end of this year. These forces would no longer be involved in active combat roles. Their role would be to continue the training of the Afghan Army and police forces.

These kinds of attacks fit typical Taliban tactics. But since 2012, security efforts have improved both on the part of the Afghan forces themselves and on the part of the coalition troops. I believe that the Afghan situation has a far better start and a greater chance at success than what happened with our precipitous withdrawal from Iraq. Of course, everything remains to be seen. But the training has been going on for a longer period of time. The Afghan forces have had more time to develop cohesive fighting units with some tested battle experience behind them. Though they have tribal issues, they have a mutual disdain for their former oppressors, the Taliban. Afghan women have begun to see more freedom and educational opportunities and have even had some success in the political and economic arenas. They do not want to go back to the dark ages with the Taliban.

We are saddened at the loss of the general, and we hope that those who were injured in this event will survive their injuries and come home. We offer our condolences to his wife and family. Mrs. Greene is herself a retired military veteran. The rank of the fallen hero is not important. All who have fallen have given their all and, in that sense, they share an equal rank: the rank of hero. God bless Major General Harold J. Greene and his family. We pray that those injured can recover quickly and completely and come home to their families.