Actor Gary Sinise is best known for two things: his role as Lieutenant Dan in “Forest Gump” and his unwavering support of our troops and veterans. And while his portrayal of the wounded Vietnam veteran solidified his resolve to work with active troops and wounded veterans, his support of the military goes back decades. Now he spends his time entertaining our troops and their families on USO tours around the world and helping servicemen and their families by running the Gary Sinise Foundation.

This year, Gary Sinise is being honored for his work supporting the military by receiving the George Catlett Marshall Medal, which is the highest award for public service given by the Association of the United States Army. According to the AUSA, the George Catlett Marshall Medal is given to one individual annually “for selfless service to the United States of America… in more than one area or under extraordinary circumstances.” Sinise was chosen to be the 2017 recipient of the Marshall Medal for his overall work with the military and veterans for years, his ongoing USO tour performances, and the incredible work done by the Gary Sinise Foundation. 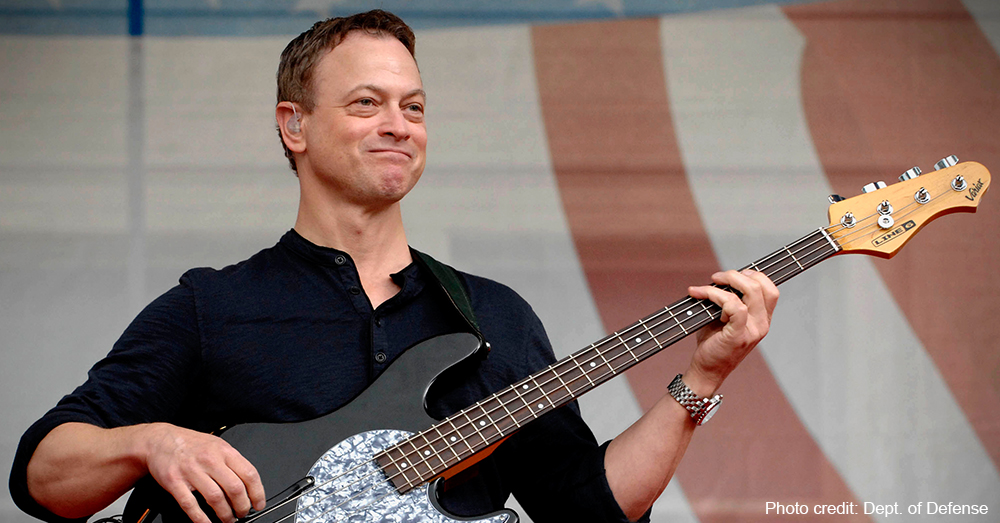 “I am honored to be invited to receive the George Catlett Marshall Medal from the Association of the United States Army,” Gary Sinise said. “It has been a great blessing to know there is something I can do to support the men and women in uniform who defend our nation and I will look forward to expressing my gratitude in person at the Marshall Dinner.”

The mission of the Gary Sinise Foundation, started in 2011, is to “serve our nation by honoring our defenders, veterans, first responders, their families, and those in need. [They] do this by creating and supporting unique programs designed to entertain, educate, inspire, strengthen, and build communities.”

Some of the programs conducted by the Gary Sinise Foundation include R.I.S.E (Restoring Independence, Supporting Empowerment), which builds and modifies homes to the specific needs of wounded veterans, and also provides mobility devices and adapted vehicles. The foundation’s Soaring Valor program brings WWII veterans to the National WWII Museum in New Orleans, where they are given a hero’s welcome and treatment, as well as a chance to tell their own stories of service to be preserved on film. Other programs at the foundation include First Responders Outreach, the Ambassadors Council, and the Invincible Spirit Festivals. 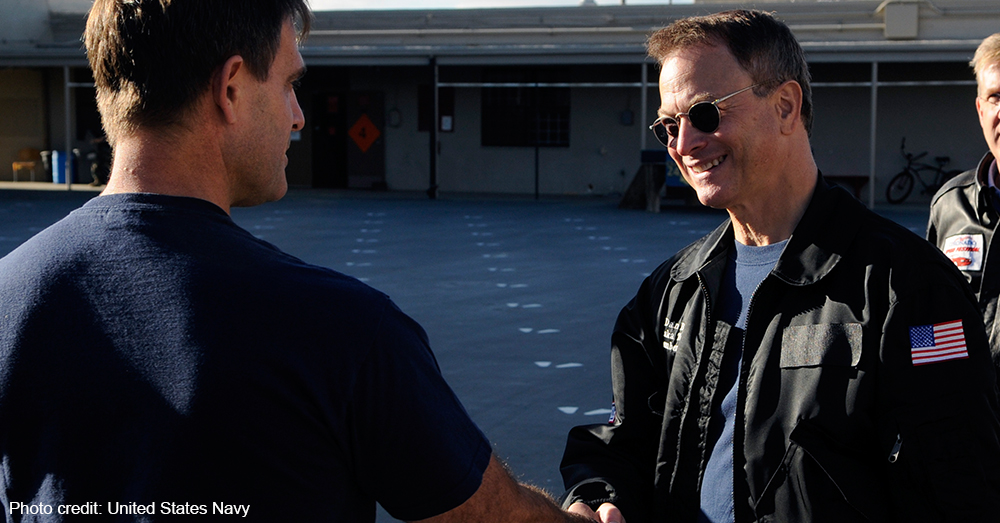 Gary Sinise has, over the years “become synonymous with supporting the troops,” and he is well-known throughout the military and veteran community. He has received multiple awards and recognitions over the years for his work with veterans, including the 2016 Bradley Prize and his recent honor from the FBI for his work building “smart homes” for wounded veterans, first responders, and others in need.

After the attacks on Sept. 11, 2001, Sinise formed the Lt. Dan Band, named after his famous movie role as a wounded veteran. Sinise and the band continually go on USO tours around the world to entertain the troops and their families, and to remind them that they are always remembered and supported by those waiting for them back home.

This year, the Marshall Dinner and award ceremony will take place on October 11 in Washington, D.C., where Sinise will receive the medal and be publicly acknowledged and honored for his ongoing and outstanding work. Previous recipients of the George Catlett Marshall Medal include Gen. Dwight D. Eisenhower, Harry S. Truman, Gerald R. Ford, and Bob Hope.

Watch the video below of Gary Sinise and the Lt. Dan Band’s visit to troops stationed in South Korea.