We often hear about the good work that some celebrities do, but every once in a while, we hear about someone who goes above and beyond. That is the case with Gary Sinise.

You probably know him because of his role as Lieutenant Dan from Forrest Gump but he has done much more with his life. His work has helped veterans who have been disabled as well as their families and given them a second chance at life. It was his role in that movie that inspired him to do more.

He won the National Commanders Award from the Disabled American Veterans (DAV) on August 21, 1994, from his role as that combat double amputee as well. The gesture was nice but it was the words on the award that really had an impact. “Your superb performance brought awareness of the lifelong sacrifice of disabled veterans back into public consciousness in a remarkably positive way,” it read.

In the 25 years since that time he has made it his mission in life to help American service members. 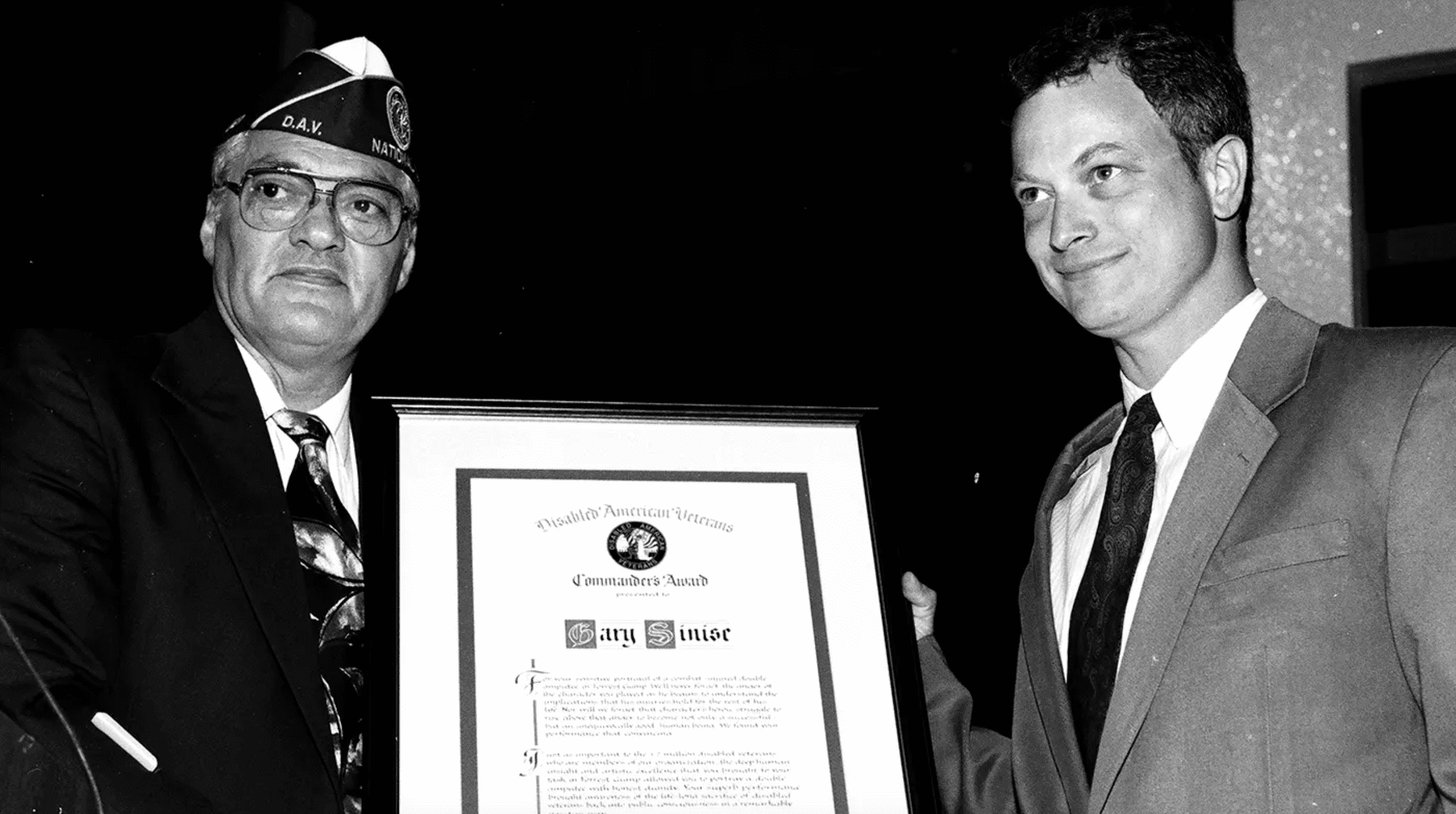 Disabled American Veterans, a non-profit organization for disabled military veterans of the United States Armed Forces has worked with Sinise for the past 25 years to help service members and their families. The Gary Sinise Foundation website shows that he has supported them in numerous ways during that time, including as their national spokesperson for 9 years. He was also on hand during the effort to build the American Veterans Disabled for Life Memorial in Washington, D.C.

The Gary Sinise Foundation posted a video to Youtube showing Dennis Joyner, a former national commander for the DAV talking about the actor and praising his dedication: “I don’t know of any other actor or actress that played a role and then adopted it as part of their personal life. Twenty-five years later, and he’s still at it,” he says in the video. Jim Sursely, another former national commander for the DAV, added, “It’s phenomenal when somebody’s willing to reach out like that and come and want to be a part of what we do with the DAV, and obviously somebody with that stature and recognition factor that Gary has.”

Speaking of his work with the DAV, Sinise said, “I love coming here to support the DAV. You meet veterans from all over the country, from many different conflicts… We get to entertain them and I get to celebrate them and show my appreciation for them. It’s something I look forward to every year.”

Sinise has helped the DAV for the past 25 years but he has been involved in helping veterans for some 4 decades. He spoke to Forbes this year and said that he has veterans in his family going back to WW1.

“After I met my wife’s brothers who served in Vietnam and her sister’s husband who also served in Vietnam, they really got me thinking back in the late 70s and early 80s. I felt a lot of compassion for our Vietnam veterans. So back then I started to try to support them in various ways right here when I was the artistic director of Steppenwolf,” he said, talking about the Chicago theater company he co-founded in 1974 along with Terry Kinney and Jeff Perry. He brought the play, Tracers to the stage in 1984 and allows veterans to see it for free 1 night per week.

“That was the genesis of that. Those were the seeds that were planted for what we do today here at Steppenwolf where every single one of our plays has a veterans night or we give a free performance to veterans. And because of that, I started supporting local veterans groups in different ways. Those were the early seeds that were planted for going into the 90s after I played Lt. Dan and [began] supporting the DAV-Disabled American Veterans,” he revealed. He also raises about 30 million dollars every year to help veterans.

“I mean certainly the government has a big responsibility to take care of our veterans before they fall into the cracks, but unfortunately they do fall into the cracks. There are 27 million veterans out there, something like that and they’re all over the country in small towns and places all over. So I think citizens have and can take some responsibility. It’s a good feeling to be able to pat these veterans on the back and let them know that I’m not waiting around for the government to help them, that there is some responsibility that I can take as a citizen who benefits from the sacrifices they make in defense of freedom. The government should always do more but we can do more too. We can make sure that if they are going to fall through the cracks we’re going to catch them and support them,” said Sinise.