Everyone knows that the Medal of Honor is not given out lightly.

Those who receive this award for valor have done things that stand out even a bit above the countless uncommon acts of valor that are carried out by many on so many fields of battle.

This Medal of Honor story though has some unusual twist to it.

Gary Beikrich’s story was strikingly familiar to those of most of his peers. After graduating from high school, he went off to college, mostly because the girl he was dating at the time said she was going. It wasn’t long after they started college that she broke up with him and, like so many of us, he really did not have any real direction, or settled goals as yet, so he dropped out of college and joined the Army wanting to be a Green Beret. 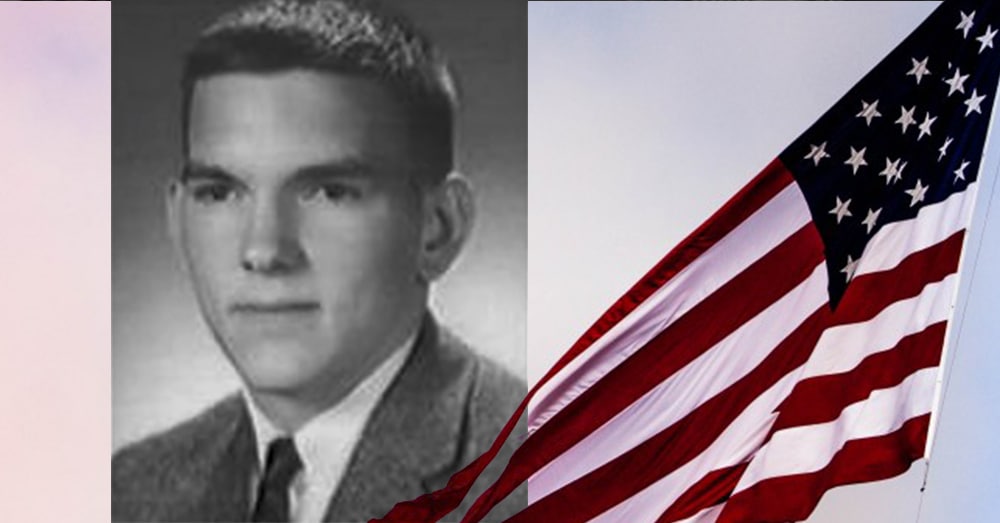 Source: YouTube/MedalOfHonorBook
Gary Beikrich was a member of the 5th Special Forces Group.

Though you can’t join specifically to be a Green Beret, Beikrich was able to get into this elite force, specifically the 5th Special Forces Group, and was trained to be a medic with them. Most people might not realize that in Vietnam, Special Forces teams were assigned to live with and to teach and to train local indigenous people to be able to defend themselves against the Viet Cong and NVA who were constantly harassing them and forcing them to fight for them.

Beikrich’s team was assigned to a Montangard village in Kon Tum Province of the Republic of Vietnam. The Montagnards are an indigenous, minority tribe of mountain people who have lived in the mountains of Vietnam, Laos, and Cambodia for probably thousands of years, but were often discriminated against by the Vietnamese. 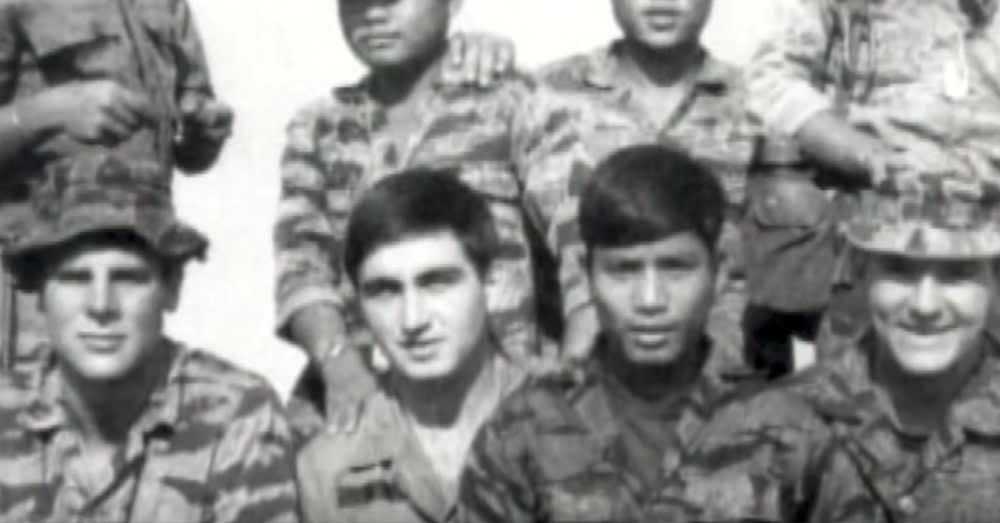 Source: YouTube/MedalOfHonorBook
In the Special Forces, Beikrich lived with and trained native Vietnamese on how to fight.

Beikrich loved his work with this indigenous mountain tribe. The Special Forces team lived with them, ate with them, trained them, and became friends with them. Beikrich became so engaged with the Montangards that he says he “went native” often not uttering an English word for days at a time.

On April 1, 1970 a massive force of NVA soldiers began an intense and well coordinated attack on his village.  The fighting was fierce and during it, Beikrich was struck in the back by a piece of shrapnel from a 122mm artillery shell. It lodged in his back and against his spinal cord causing an injury called a “spinal cord concussion.” This made him immobile temporarily from the waste down.

Two of his Montagnard friends picked him up and carried him from one wounded Montagnard or Special Forces team member to another, until he finally collapsed from his own bleeding and exhaustion. He was medevac’d out of the village after the battle and eventually back to “the world.” 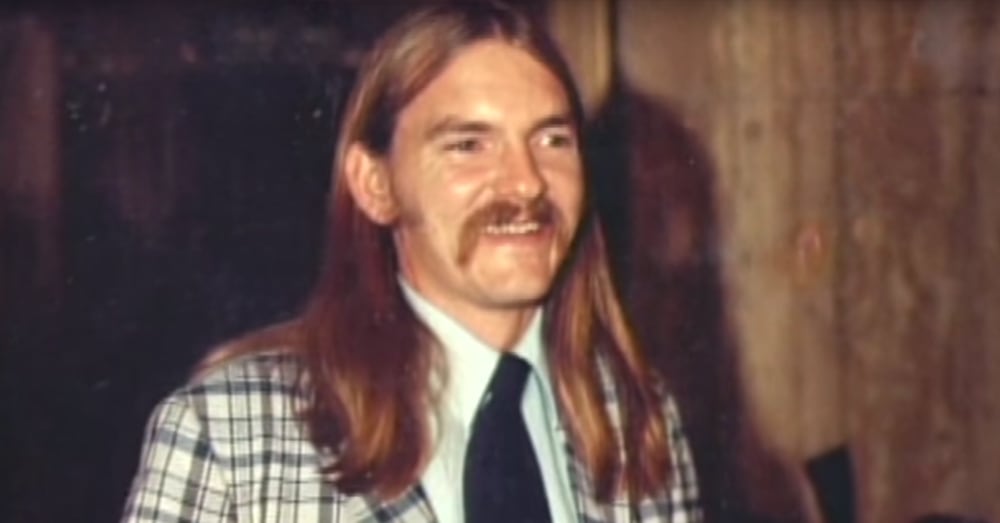 Source: YouTube/MedalOfHonorBook
Back home Beikrich hoped to be a doctor, but later dropped out of med school.

Beikrich would recover from his wounds and was discharged from the Army. He went back to school, this time to be a doctor. He loved what he had learned and could do as a medic and wanted to take that training and experience into a career. But, as many of us will remember, being a Vietnam veteran on a college campus in those days was not easy.

Beikrich experienced verbal and physical harassment from his fellow students. This, on top of the usual issues of PTS, caused him to react in a way that is familiar to many of us. 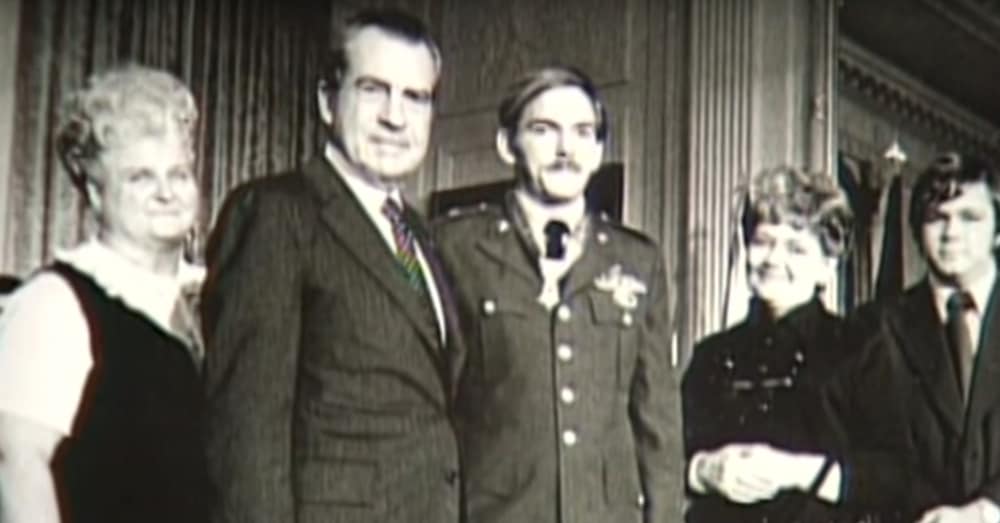 Source: YouTube/MedalOfHonorBook
Beikrich was given his Medal of Honor by President Richard Nixon.

He packed his van and “got out of dodge.” He ended up finding a cave up in the Green Mountains of New Hampshire near Mt. Washington.

Beikrich began to live in that cave. It was safe, quiet and away from the hassles, the frustrations, the pressures of civilization. One day, he went down into the nearby village to collect his mail. In the mail that day was a telegram requesting that he be at a certain place, at a certain time, on a given day, to receive a phone call from Washington, D.C.

When he got the call that day, he found out that he was going to be awarded the Medal of Honor for his actions in the Montagnard village with his 5th Special Forces team on April 1, 1970.

Listen to his telling of the story here in this video.

Though coming out of a cave in the wilderness to receive the nation’s highest award for bravery might sound strange to most, there are things in Gary Beikrich’s story that are very familiar to many Vietnam veterans.

The Veterans Site wishes to send its thanks and respect to Sgt. Gary Beikrich for his courageous commitment to his Special Forces team members and to his Montagnard friends that day in Vietnam.