After 15 years of search, the wreck of the 17th-century Spanish galleon Santo Cristo de Burgos was finally found!

The timbers and hull of the legendary Beeswax Wreck were recovered from sea caves off the Oregon coast near Manzanita. The timbers are believed to be part of the Santo Cristo de Burgos, a Manila galleon that was sailing from the Philippines to Mexico in 1693.

But, for some reason, it veered off course and disappeared without a trace. Among its precious cargo were Chinese silk and porcelain, along with blocks of beeswax for making candles used in Catholic masses and services.

For centuries, from the time of the Native American tribes, there have been stories about a ship loaded with treasure that sunk in the dangerous waters of Oregon.

For so long, waves continued to carry pieces of wood, blue-and-white porcelain, and blocks of Asian beeswax ashore, baffling so many people as to where they came from. There was also a time, in the 1920s, when a part of a wooden ship’s upper deck could be seen at the mouth of Nehalem River close to the city of Manzanita.

Beachcombers over the decades kept collecting these pieces of Chinese porcelain and other artifacts deposited by the waves on rocky crevices or buried under the sand. Some of these people even attempted to seek their origin.

These tales of sunken treasures and Spanish galleons were regular features in Oregon newspapers. According to the locals, this mysterious shipwreck on their coast was the most likely inspiration for Steven Spielberg’s 1985 movie, The Goonies.

Scott Williams, an archaeologist with the Washington State Department of Transportation and president of the Maritime Archaeology Society (MAS), is one of those who people who got deeply intrigued by stories of the legendary Beeswax Shipwreck.

The archeologist founded MAS, composed of volunteers dedicated to unraveling the centuries-old mystery. But, at that time, they were unsure if the sunken Spanish galleon was the Santo Cristo de Burgos, which vanished in 1693, or the San Francisco Xavier, which got lost in 1705.

But a geological study in the Nehalem River helped the team to realize that the wreck was the Santo Cristo de Burgos, since the remains were already buried underneath sediments prior to the deadly tsunami that hit Oregon in 1700. 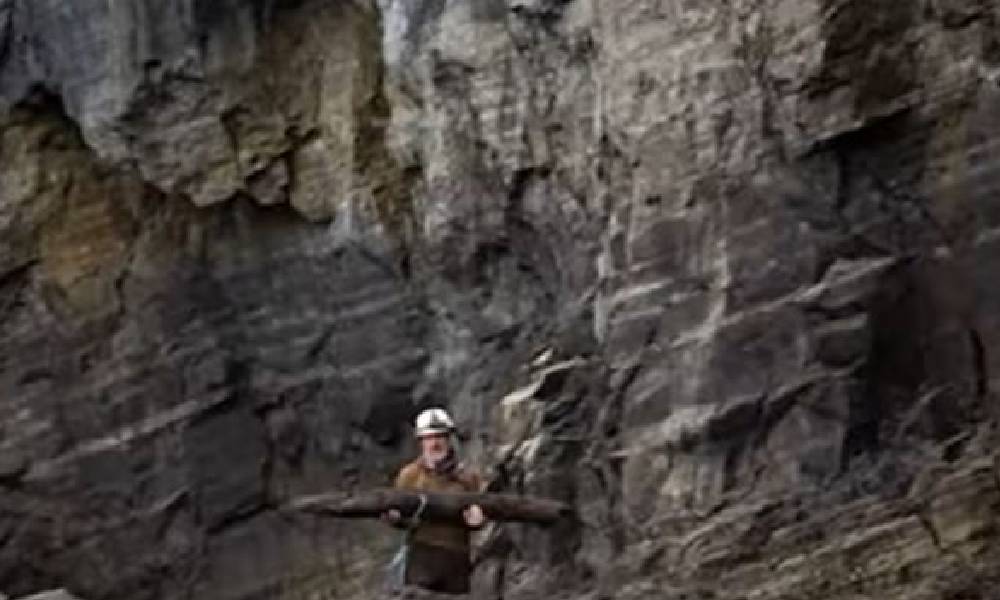 But searching for the exact location of the shipwreck offshore was another arduous challenge. They kept on surveying the areas near the Nehalem river, but their remote-sensing tools were not able to pick up any solid proof.

That was until a local fisherman named Craig Andes contacted them. He is among those who have been collecting artifacts from the shore since childhood. He told MAS about the pieces of old wood he had seen inside sea caves in 2013 and requested for a sample he had with him to be analyzed.

The results showed that the wooden pieces came from Anacardiaceae, a tropical hardwood species in Asia. Moreover, they learned that the hardwood tree was cut down around 1650 based on radiocarbon dating. All these were proof that the wood remains came from Santo Cristo de Burgos.

Their next move was to recover the wreck from the perilous sea caves where Andes found them. MAS enlisted the expertise of SEARCH Inc., with the vital mission partly funded by the National Geographic Society through a grant.

On that historic day, MAS and SEARCH Inc. were joined by more experts and authorities from Tillamook and Clatsop Counties Sheriff’s Offices and the Oregon Parks and Recreation Department, along with rescue crews from the Nehalem Valley Fire Department.

They only had 90 minutes to complete the mission before the return of the dangerous tide that could trap them inside the caverns.

It was a success!

What everyone felt upon the completion of their mission was indescribable.

Williams felt so impressed and relieved. Andes was overwhelmed with joy and amazement as he touched one of the timbers where a piece of metal was still inside a big hole despite the passage of centuries.

According to Robert Kentta, cultural resources director for the Confederated Tribes of the Siletz and a member of the Siletz Tribal Council, the historic discovery “confirms that our ancestral people knew what they were talking about. They related oral histories in a way that just spoke the truth.”

Today, the timbers are at the Columbia River Maritime Museum in Astoria for documentation and conservation.