Drones have become a common tactical weapon in the air over the battlefield since 9/11. They have become an integral part of surveillance as well as weaponry.

With the rapid growth of drone technologies, however, these early iterations may become antiquated as quickly as they came into their own. Boeing and others are coming up with in the form of new technologies every day now.

At present it takes several human beings to launch and control individual drones. As this video argues, in the near future the plans are to have a single F-35 pilot controlling anywhere from 10 to 100 drones from that single platform.

This boggles the mind in many ways. The drone capabilities are advancing so quickly that they are becoming more and more able to “think” on their own, to recognize and avoid, or to confuse radar and to react to other battlefield vagaries instantly. 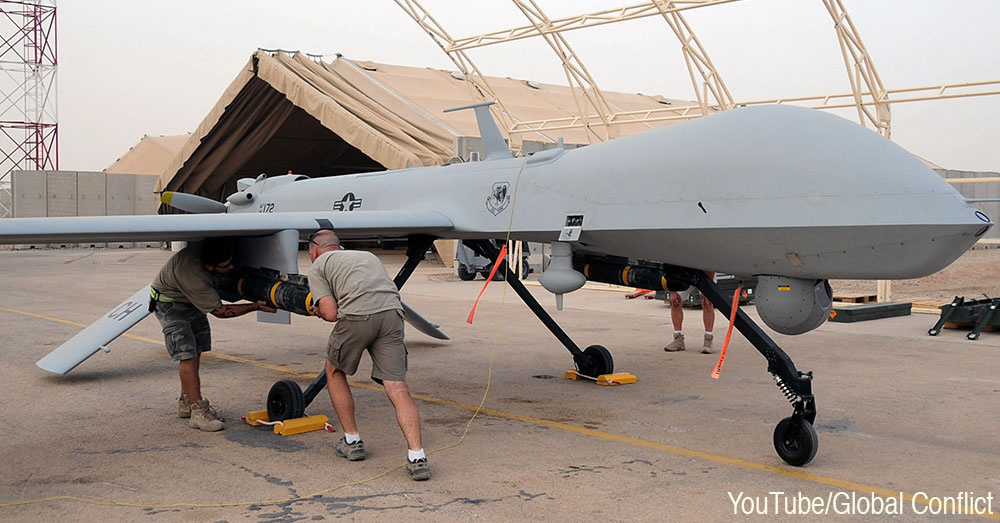 This video is about the F-35 and its not too distant in the future abilities to control an entire battlefield situation, both in the air and on the ground. Recently Boeing was able take off, fly at supersonic speed, and to land an F-16 Falcon completely by remote control technology.

Watch this video and get a sense of the rapidly approaching future of airborne war fighting capabilities. It is clear that we have the technological genius to make the fighting of wars ever more distant and clinical.

Such powerful and advanced remote technological abilities raise some very interesting moral questions. For example: With fewer human assets needed to be placed in direct, intimate and dangerous situations, and with controllers operating at great distances, even on the other side of the planet, will that make war fighting less personal, less emotionally charged, and therefore more readily entered into?

The fact of the matter is that the future is here in many ways and the speed at which it is developing is indeed, mind-boggling.