70 Hostages Were Just Freed In A Raid Against ISIS in Iraq!

The terrible force and cost of war has come home to the military community and the nation again. On October 22, 2015, news outlets revealed that a U.S. Army Special Operations soldier had been killed in a raid to free hostages being held by ISIS in Kirkuk Province, of Iraq. The name of that soldier has been released by the Department of Defense: Master Sgt. Joshua L. Wheeler, 39, of Roland, Oklahoma. 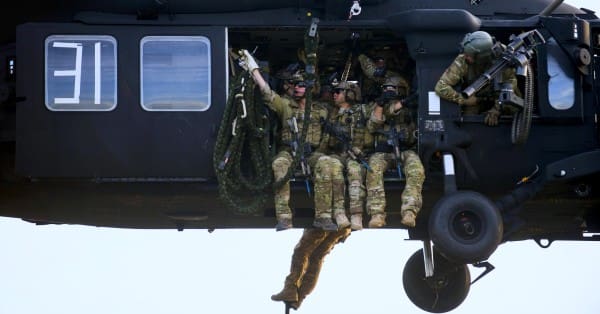 This fine soldier entered the U.S. Army in 1995 and served as an infantryman with the 75th Ranger Regiment. While serving with this unit, he was deployed three times, serving in both Iraq and Afghanistan. He then served in the United States Army Special Operations Command (USASOC) and was deployed, get this, 11 times, again in both Iraq and Afghanistan. He was serving with USASOC at the time of his death.

According to The Army Times, Wheeler, along with a team of fellow special operations troops, was training and supporting Kurdish peshmerga fighters who were conducting a pre-dawn raid against an ISIS stronghold in Kirkuk Province, near the town of Hawijah. According to the Pentagon Press Secretary, the Kurdish regional government requested they free some hostages that were being held and threatened with imminent death by ISIS militants.

They were able to free 70 hostages, including over 20 members of the Iraqi security forces.

They killed fifteen ISIS militants and captured five, according to Defense Department officials. The Pentagon Press Secretary also said that the raid recovered valuable intelligence from the militants. Master Sgt. Wheeler and five peshmerga fighters were wounded by small arms fire during the raid. Master Sgt. Joshua Wheeler died of his wounds later.

Wheeler is the first American soldier to die in combat in Iraq since troops were withdrawn in 2011. Army General Lloyd Austin, commander of Central Command, is quoted in the Marine Times saying, “Our gratitude and heartfelt condolences go out to this young man’s family, his teammates and friends.”

The Veterans Site wishes to add its condolences to the family, teammates, and friends of Master Sgt. Joshua Wheeler as well. Your courage and your sacrifice on behalf of your nation will not be forgotten. You are an example of the kind of dedication and selfless service that is the foundation and the strength of our United States military. We mourn your loss and honor your service.

Rest in Peace, good soldier. You did your duty well.