After service, many discharged young men and women look to expand their opportunities at college. The G.I. Bill has helped make that dream possible since 1944 but there’s also a disturbing trend in the number of vets losing out on the promise of that bill. 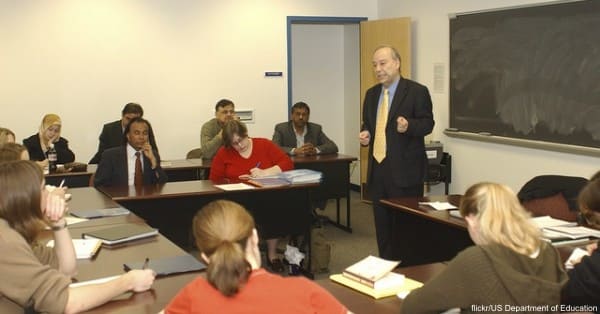 For-profit colleges have been singled out in recent years for taking advantage of veterans attending school under the GI Bill. Marketed as an ideal environment for veterans, these schools promote their flexible scheduling, online classes, and valuable career training. The reality is that many veterans attending for-profit schools have found they still don’t have a degree after their benefits have been spent. So far, 37 state attorneys general have started investigations into for-profit colleges in their states. The organizations that have come under fire face charges inadequate disclosures about accreditation.

“Servicemembers, veterans, spouses, and family members have become highly attractive prospects to for-profit colleges, and many schools have put significant resources into recruiting and enrolling students eligible for these benefits,” the Committee on Health, Education, Labor, and Pensions (HELP) report’s executive summary.

In April 2015, Corinthian Colleges, which includes Everest College, Heald College and WyoTech schools, closed its 28 campuses, leaving about 16,000 students without a degree or credentials to back up the classes they had already paid for. During this time, while student enrollment the top eight for-profit schools dropped, enrollment of veterans increased.

Recruiters for the University of Phoenix in Louisville, KY said during a deposition that they were told to enter army bases “surreptitiously” to find military personnel that could be sold the promise of a for-profit college degree. GI Bill Tuitions do not count against the schools’ annual financial aid funding, which means they can make a lot more money by enrolling veterans. According to a Senate education committee report from 2015, about 25 percent of Post-9/11 GI Bill payouts has gone to for-profit colleges, and that includes $1.7 billion just in the 2012-13 school year. 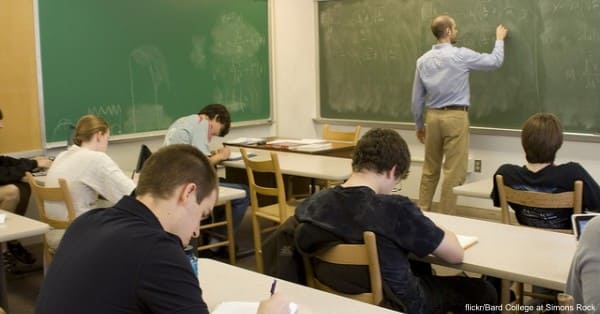 To help the veterans who have been financially misled, the Veterans’ Student Loan Relief Fund was created by World War II vet Jerome Kohlberg, a key player in the passing of the Post-9/11 GI Bill. The fund accepts applications for grants of up to $5,000 for qualified active-duty military, veterans and family members who believe for-profit education companies have deceived them.

“There are too many for-profits that are more interested in getting the dollars, picking up the revenue and adding to their bottom line”

Some former students have vowed not to repay their for-profit college tuition debt, and congress introduced the Military and Veterans Education Protection Act in 2015, which would count GI Bill money used for tuition toward the limit on Federal revenues that for-profit schools are allowed to receive. The bill was assigned to a congressional committee on June 24, 2015, which will consider it before possibly sending it on to the House or Senate as a whole.

“There are too many for-profits that are more interested in getting the dollars, picking up the revenue and adding to their bottom line,” said Military and Veterans Education Protection Act sponsor Tom Carper, a vet himself who attended college under the GI Bill. “They’re more interested in that than they’re interested in making sure a GI—man or woman—gets the kind of education that will allow them to provide for themselves and their families for the rest of their lives.”

It’s important that people and organizations be held accountable for interfering with the educational opportunities of our veterans. By the same token, the acts of those who pave the way for service members to achieve their goals should also be recognized. Read more about what a law in Florida is doing for veterans in college, and if you know a veteran, pass the word along.