Most Vietnam Veterans may not know this brave man’s story. His fellow POWs not only remember him, but have a deep affection and respect for him to this day.

His name is Doug Hegdahl. He was the most unlikely of war heroes, but he was a true, effective and valuable hero in every way. He became a hero by playing the fool. Here is his story.

Hegdahl joined the Navy, like many other young men have forever done, to “see the world.” On April 6, 1967, just a few months after joining, he was a Seaman Apprentice on the Cruiser, USS Canberra, off the coast of North Vietnam. That day the Canberra was shelling targets in North Vietnam and Hegdahl went topside to get a view of the action. As he stepped on deck, one of the ship’s 5-inch guns fired and he was blown overboard by the blast, unseen by any of his fellow crewmen. He was not reported missing for two days.

He floated on the South China Sea for about 12 hours before he was picked up by Cambodian fishermen who treated him kindly, but turned him over to North Vietnamese militiamen. The militiamen clubbed him with their rifles and beat him severely. They took him to the Hanoi and he was taken to the infamous POW camp known as the Hanoi Hilton.

From the beginning, Hegdahl began acting like an illiterate country bumpkin, a fool. It took a few days for the North Vietnamese captors to begin to take the bait. He convinced them so well that they assigned someone to teach him to read and write. They thought he would be very manipulable and would be useful for propaganda purposes. But they soon gave up. He proved to be “unteachable.” As a result, the camp authorities gave him freedom of movement in the camp. They came to think of him as a harmless, if useless presence.

This is when Hegdahl became a real asset to his fellow POWs. You see, he was no fool. He was able to commit small acts of sabotage in the camp. For example, he put dirt into the gas tanks of 5 trucks used by the camp guards. He had gummed up the engines so completely that all 5 had to be towed out of the camp.

But Hegdahl’s greatest asset was his prodigious memory. He began to memorize every one of his 256 fellow POW’s names, their personal information, their capture dates and the methods of capture. He did this by using the tune for the nursery rhyme, “Old McDonald Had a Farm.”
In August 1969 the North Vietnamese offered Hegdahl a chance to be sent home, along with two other POWs. The POWs had by this time vowed to each other not to accept any early releases. If they were released they would do so together. For this reason, Hegdahl did not want to accept the opportunity. But his cellmate, Dick Stratton, and the other POWs saw his release as a real advantage for them. 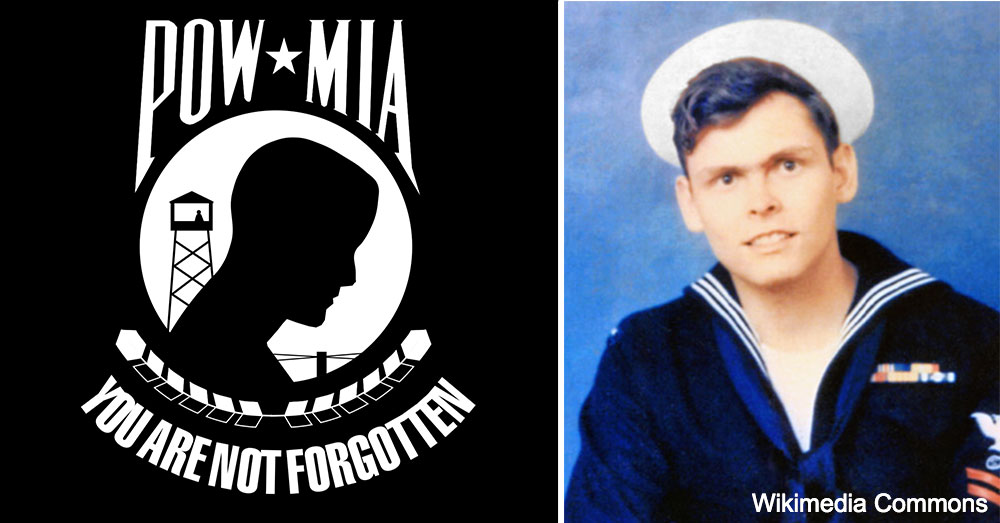 They knew why the North Vietnamese wanted to release Hegdahl. To them he was useless and offered no advantage to them, save for a the possible good PR they might gain from releasing this “fool.” But his fellow POWs knew better. He could be their voice. He was a first hand witness to the torture and abuses they were experiencing, and he had their names and information and could get that out to the U.S. authorities.

Hegdahl was understandably hesitant and it took a direct order from his cellmate to convince him to go. Stratton told him, “You are the most junior. You have the names. You have the first hand torture stories behind many of the propaganda pictures and news releases. You know the location of many of the prisons.”

So, Hegdahl was released and this is when he became a true warrior.

This is how he fought the war in Vietnam without bullets and did so with great effect. When he came home, his information became crucial to the lives of his fellow POWs. He was even able to give the military and intelligence authorities names that they did not have on their MIA lists. In 1972, Ross Perot sent him to Paris to confront the North Vietnamese Peace Talk Delegation with the information he had. It was out in the open.

The North Vietnamese had been “fooled” by a play actor. The truth about the conditions of the POWs, where they were held, and what kind of treatment they had endured was made known to the world. They could no longer deny the facts. In the end, they were forced by this information to arrange the release of all of the remaining POWs held in North Vietnam.
After the war Hegdahl became an instructor for the Navy’s SERE (Survival, Evasion, Resistance, and Escape) Program. Seaman Apprentice Doug Hegdahl was no fool. He was a true warrior and a real hero.

The Veterans Site offers its deepest respect and thanks to Doug Hegdahl for his courage, intelligence, tenacity and faithfulness to his fellow POWS. You were one hell of a good sailor.