According to a story on CBS News Baltimore, there is yet another silent killer besides Agent Orange for Vietnam veterans to be concerned about. This silent killer is a parasite called a fluke worm that can live for decades in a person’s liver before any symptoms show up. And when symptoms do show, it is essentially too late to be treated effectively.

One gets this fluke worm by eating raw or undercooked fish. Apparently this disease is endemic to rivers in Vietnam. It is said that these flukes effect up to 25 million people worldwide.

According to the CBS Baltimore piece, the disease “can be treated easily and effectively with a handful of pills if it is caught early on,” but if not it can develop into a rare and deadly form of cancer that affects the bile duct. If untreated, the fluke can live for decades in the human body without any obvious externally visible, or internally detectable symptoms. Eventually, though, it can cause this rare bile duct cancer. 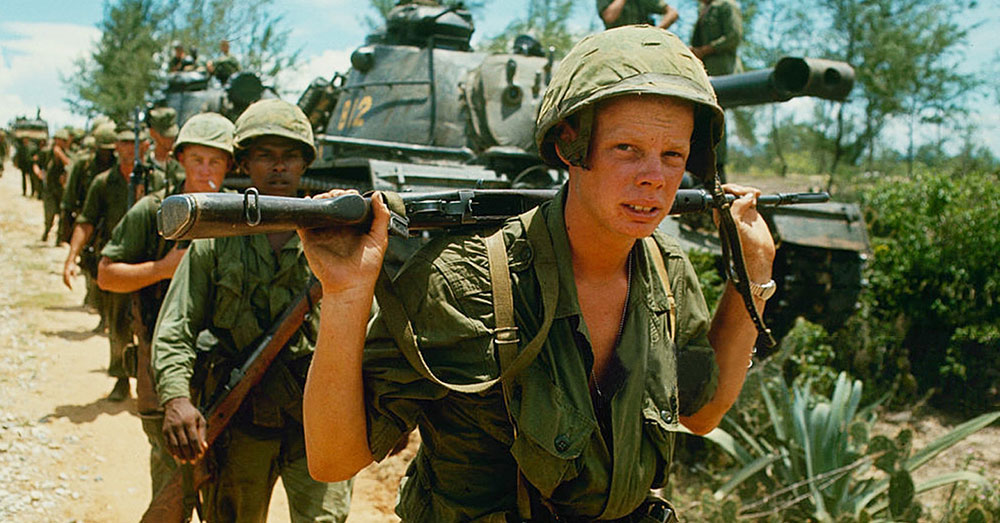 When symptoms do occur they are most evident in the form of severe pain. When this happens, the patient may have only months yet to live.

A study was done by a tropical disease specialist at Seoul National University in South Korea that was participated in by 50 Vietnam veteran volunteers at the Northport VA Medical Center in New York. They volunteered to participate in the study by giving blood samples. Of the 50 blood samples given by these volunteers, nearly 20 percent of them came back positive or bordering positive for liver fluke antibodies.

If any Vietnam veterans remember having eaten raw or undercooked fish while in Vietnam, it might be a good idea to get this checked out. Over the last 15 years some 700 veterans were found to have the rare bile duct cancer. Of these about half did not file claims for benefits, because they did not know that it was related to their time in Vietnam. 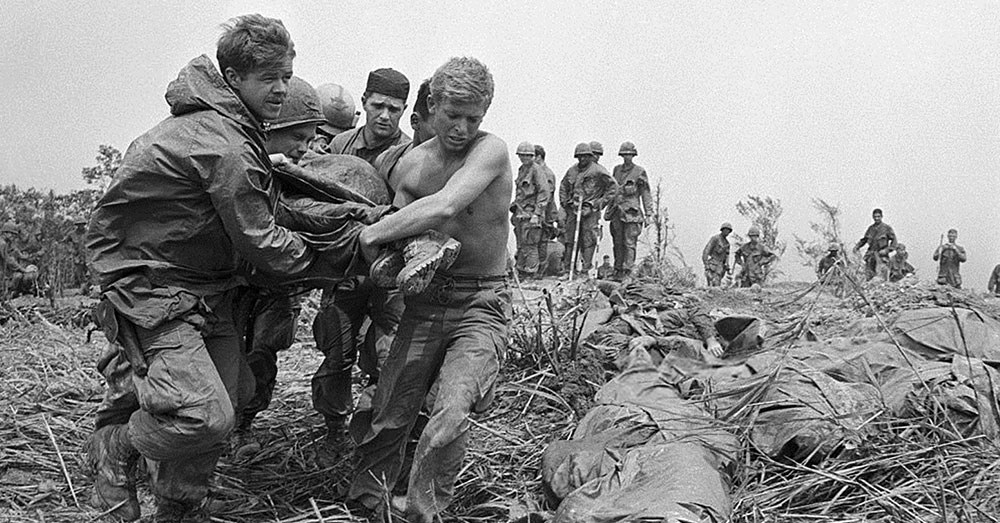 Source: flickr/manhhai
Poncho-covered bodies of American soldiers killed in action lie on a hill near Khe Sanh as troops carry the bodies of the dead to waiting evacuation helicopters.

Mike Baughman, a 65-year-old Vietnam veteran, was one of those who did apply for the benefits. He was denied three times before he was finally awarded benefits of $3,100 per month by the VA.

According to the CBS Baltimore piece, he said, “Personally, I got what I needed, but if you look at the bigger picture with all these other veterans, they don’t know what necessarily to do. None of them have even heard of it before. a lot of them give me that blank stare like ‘You’ve got what?’” 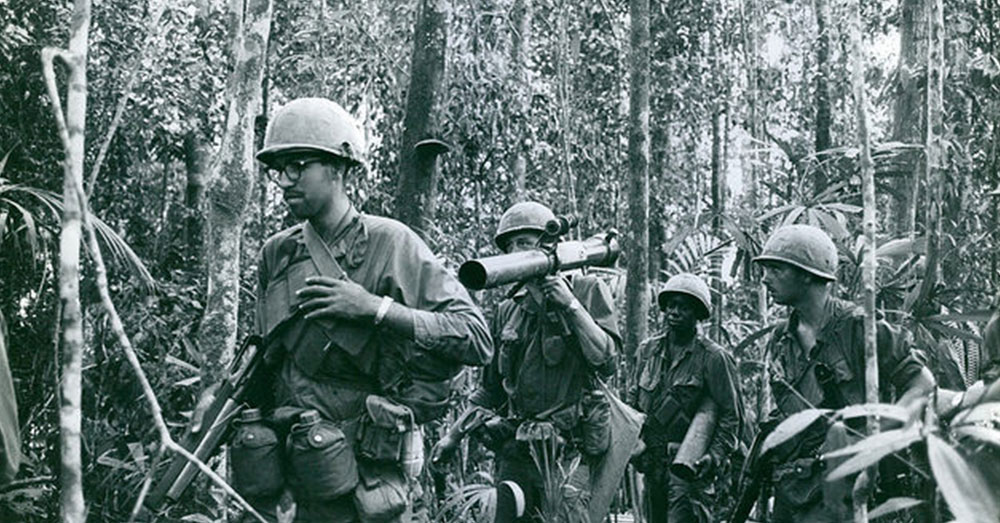 Source: flickr/manhhai
U.S. soldiers raking through the jungle to go after enemy in Vietnam.

Now that this disease has been discovered to have clear links to Vietnam, there should be no having to “fight” for the benefits that belong to all whose health has been affected by this disease because of their service in Vietnam. This goes for the various illnesses that are connected to the defoliant Agent Orange too. We need Congress and the VA to pick up the ball on this before it is too late. We served our country. Now it’s time for our country to take up its responsibilities toward those of us who have been negatively affected by these diseases that are directly related to that service.

Vietnam veterans need to get this checked out, especially if they remember having eaten raw, or uncooked fish while in Vietnam. If it is found that you have the antibodies for the liver fluke in your system, there may be time to treat it before it produces symptoms. 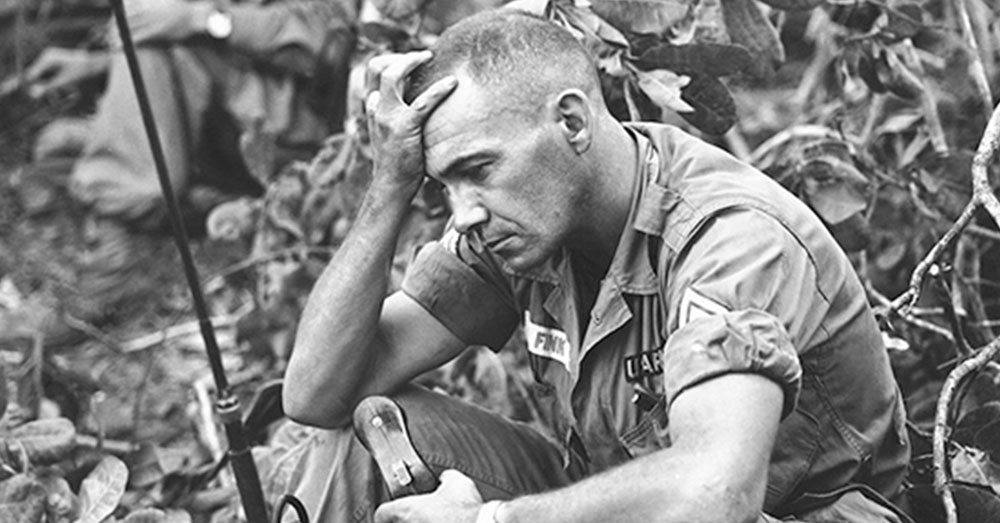 Source: U.S. Army
Sgt. Philip Fink calls in support during The Battle of Dong Xoai while assigned as an advisor to the 52nd Vietnamese Ranger Battalion.

One of the veterans who participated in the blood trials out of the Northport VA Medical center was shocked by the news from the study. He immediately scheduled further tests and two cysts that could have evolved into cholangiocarcinoma, the rare bile duct cancer, were found on his bile duct. They have been removed and he is presently doing well.

Again, to all Vietnam veterans, the Veterans Site encouraged you to get this checked out. Your service gives you the right to do so.