History is a complex, many-layered reality. Every one of us is a part of it, but some among us rise up above the common realities to soar with the eagles. Lt. Col. Floyd Carter is one of them.

Carter was born in Yorktown, Virginia in 1923, at a time when Jim Crow laws made blacks second class citizens in their own country. But he rose above the limitations of poverty and discrimination to attend Tuskegee University in Alabama, where he joined the famed Tuskegee Airmen of U.S. Army Air Corps in 1944. 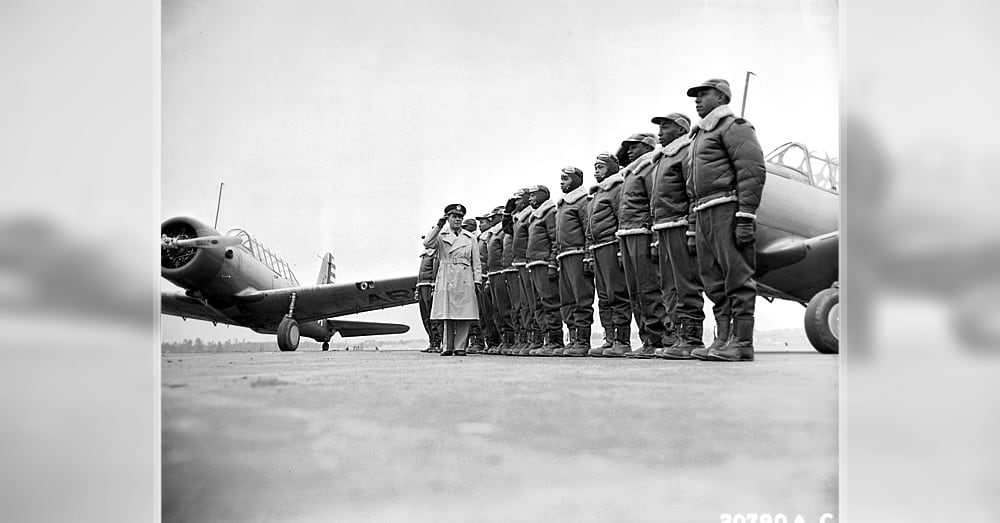 When Carter joined the Army Air Corps, the historical reality was that the Army was still a segregated institution. The Tuskegee Airmen were formed as an all-Black unit in the Army Air Corps. Their acceptance as pilots was slow in coming, but with their service in Europe during WWII they gained not only opportunities to fly combat missions, but the utter respect of the bomber pilots they escorted in missions over Germany and German-held territories.

Carter served as a 2nd Lt. bombardier navigator during WWII. The allies began to call 332nd Fighter Group, the Tuskegee Airmen’s unit, the “Red Tails” because they had painted the tails of their aircraft red to identify their unit. Their flying skill and incredible courage in defense of the bombers during raids garnered awed respect. Indeed, because of their reputation for fierce determination and aerial fighting skills, they became the bombers’ favorite escort squadrons. Their story is well told in the recent movie “Red Tails” with Cuba Gooding, Jr. and Terrence Howard. The Red Tails flew P-51s, P-51B and D Mustangs. The Tuskegee Airmen graduates also flew in the 477th Medium Bombardment Group including the 616th, 617th, 618th and 619th Bombardment squadrons. Their motto was “Spit Fire.” 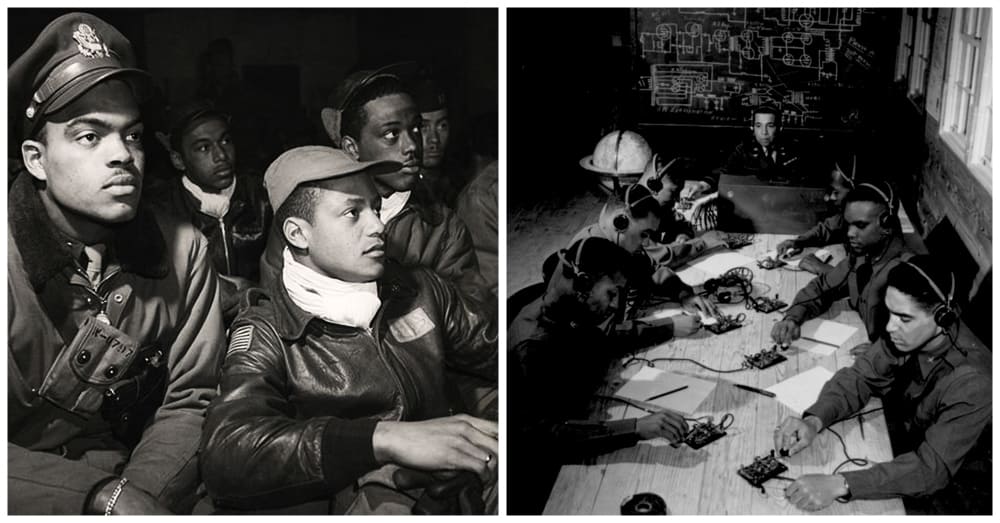 Carter flew with the Red Tails for the last year of WWII. When the war was over, he joined the Air Force Reserve in 1947, and would be called up the next year to lead the first squadron of supply-laden planes into Berlin in the Berlin Airlift of the Cold War. He would fly planes into Berlin from 1948-1949. He would be called up again to fly during the Korean War. He was called to active duty one final time to fly supplies and troops into Vietnam during the 1968 Tet Offensive. He retired from the Air Force in 1974 after 30 years of service to his country.

He also joined the New York Police Department in 1953, earning his detective’s gold shield within 3 years. While serving with the NYPD he would often be called upon to be a bodyguard for visiting dignitaries and heads of state. He retired from the NYPD in 1980 after 27 years of service to the city of New York.

In 2007, Carter and some of the surviving Tuskegee Airmen received the Congressional Gold Medal from President Obama at the White house in honor of their service and for breaking down the barriers of segregation.

Carter died recently at the noble age of 95. He is survived by his wife, Atherine, and his children Floyd Jr. and Rozalind. He met Atherine at Tuskegee University, where she was part of an all-female repair crew for the Airmen. They were married on the base in 1945, a marriage that would last for 73 years. Lt. Col. Floyd Carter is one of those who flew with eagles in the pages of history during WWII. He was a man of great integrity, courage, and commitment to service in war, as an NYPD detective, and as a good father to two children. His son Floyd said of him in a New York Daily News article, “He’s got a lot of history. He went from the outhouse to the fine house. The Lord blessed him.”

The Veterans Site wishes to send its condolences to the Carter family. We honor the memory of Lt. Col. Floyd Carter for his service to God, country, and family. He was truly one of the Greatest Generation and will remain a model to all of us concerning service to country, the duties of citizenship and family. Spit Fire, good Tuskegee Airman. You are now soaring with the angels.