A group of volunteers are bringing awareness to the high rate of suicide in the veteran community by using large flag displays across the country. Known as Flags for Forgotten Soldiers, the group finds locations to display 660 American flags — one to represent each veteran suicide victim per month in the United States, according to the VA’s 2013 study.

“THESE 660 FLAGS REPRESENT THE NUMBER OF VETERANS WHO DIE BY THEIR OWN HAND EVERY MONTH,” an accompanying sign reads next to the flags, followed by the Veterans Crisis Line info.

Still, the Flags for Forgotten Soldiers volunteers are working to raise awareness about the suicide epidemic within the veterans community, and spread the word about the help that is available to any veterans who are in need. Their large flag displays are an amazingly effective, eye-catching way of getting people’s attention. 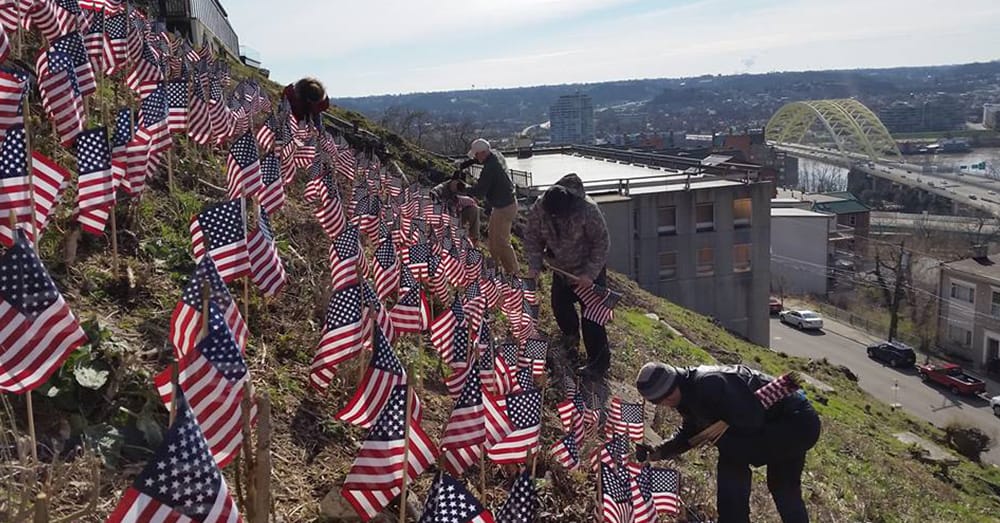 The large flag displays also show the huge number of veterans who die by suicide every month, a staggering number visualized when all 660 flags are placed together.

Flags for Forgotten Soldiers has now displayed their almost all 50 states across America. According to the group’s Facebook page, they hope to have displays in all 50 states by the end of the year. 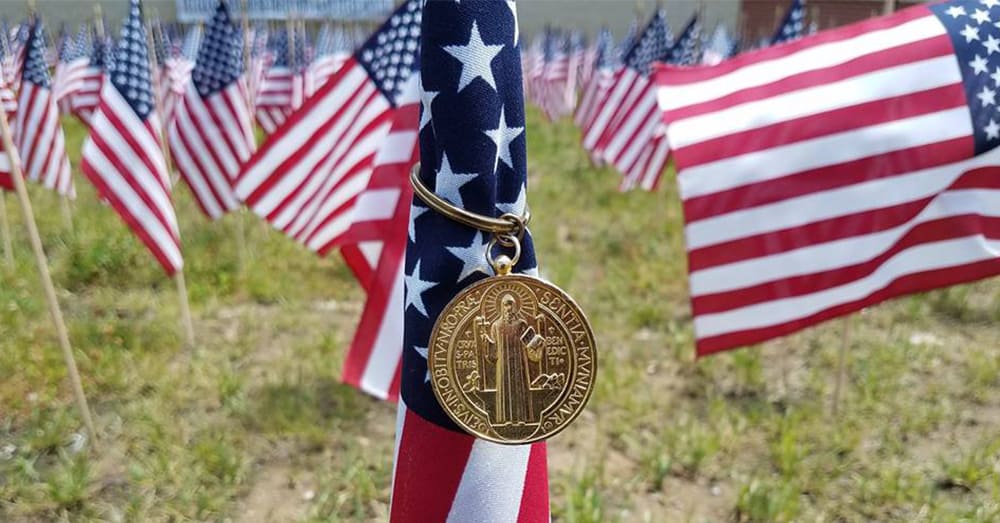 The Department of Veterans Affairs found in a 2013 study that 22 veterans commit suicide every day in the United States. A follow-up study in 2017 lowered that number slightly to 20 veteran suicides per day, but that number is still shockingly high.

By bringing more awareness to the issue, Flags for Forgotten Soldiers is hoping to get more support for veterans in need and reach those who are at risk and need help.

Watch this great interview with Flags for Forgotten Soldiers below!

Learn how you can prevent veteran suicides on the next page!