Making the decision to join the military is a moment a lot of veteran Marines may remember.

Their First Salute is a moment they all do.

When Marine officers are first commissioned, they choose a mentor, someone whose leadership they respect, and who has played a role in their decision to enlist.

In one of the most important ceremonies a Marine will participate in during their military career, the newly minted officer returns a salute, their very first at that rank. Marines call it the “Silver Dollar Salute.” 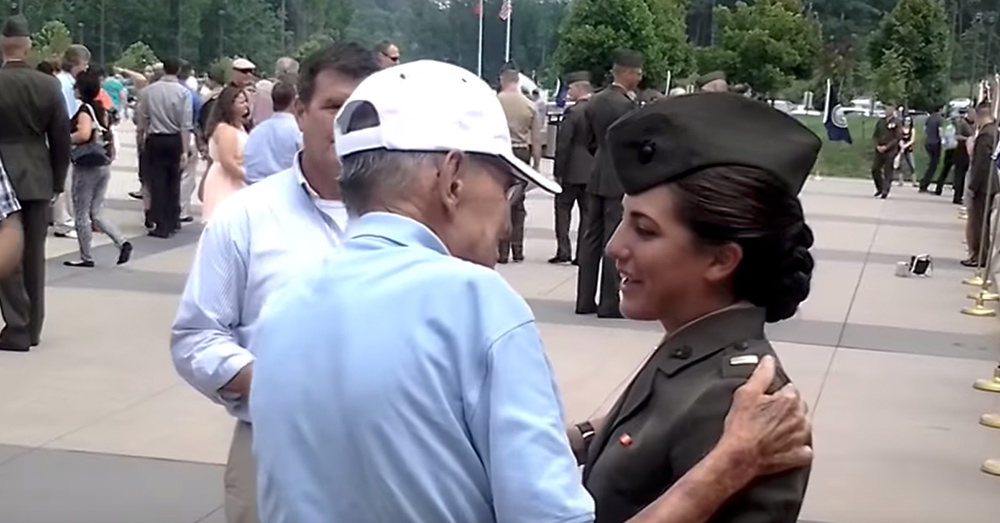 This is always an emotional event, but few First Salutes have been as moving as that of Charlotte Williams, as she was commissioned as a 2nd Lieutenant. Williams chose her grandfather, retired USMC Staff Sergeant James Williams, as mentor. 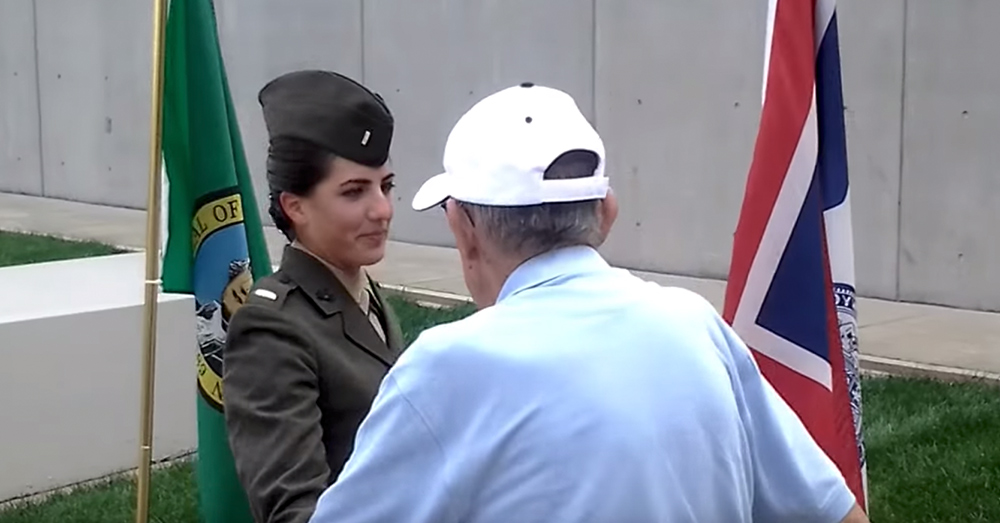 Source: YouTube/Dave Williams
Williams recieved her commission at the National Museum of the Marine Corps in Quantico, Virginia.

The elder Williams saluted his granddaughter as she stepped forward at the National Museum of the Marine Corps in Quantico, Virginia, then made an unusual request. 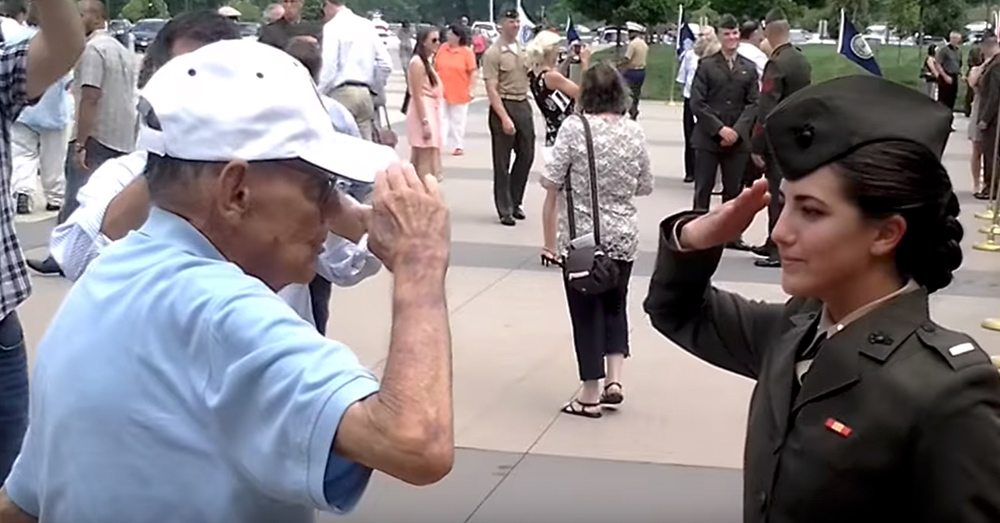 Source: YouTube/Dave Williams
This was a “Silver Dollar Salute” Williams will never forget!

Watch this heartrending moment in the video below.