One thing a student of warfare learns is that all the preparations and war planning you do, generally gets tossed out the window as soon as the first shots are fired.

Wars are dynamic realities with their own vagaries and unplanned surprises, they are not academic exercises. You cannot fight a war solely on the lessons learned in previous wars. With that in mind, the Army is training its new 68W Healthcare Specialists (medics) in battlefield medicine practices that may be necessary on the potential battlefields of the future.

One of the technologies that we have been using to great success in terms of saving lives by getting the wounded back to first class medical and surgical facilities very rapidly is our airlift transportation, our MEDEVAC helicopters, and other platforms. Because of our air superiority in the conflicts we have been involved in since Vietnam, our airlift assets have contributed to record levels of survival rates from serious battlefield wounds. 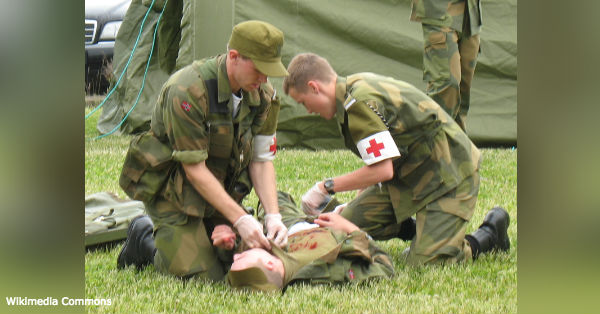 According to We Are The Mighty, in planning for the possibility that airlift operations may be hampered for unexpected, or unprepared for reasons in some future conflict, the Army’s top surgeon, Lieutenant Gen. Nadja West indicated that the new Army 68Ws, “will have to be armed with sophisticated sensors to measure a patient’s vital signs, be trained to use new lifesaving equipment like tourniquets that can wrap around a patient’s waist or chest and be given technology that will allow them to ‘reach back’ from the battlefield to surgeons in the rear who can deliver expert advice from the operating room.”

West said the Army is planning to train their frontline medical personnel to be able to provide more sophisticated, prolonged medical care in battlefield settings, if airlift assets are not available, or are unable to be utilized.

The incredibly high rates of survival from wounds that in other wars were not survivable is because of the ever more detailed medical training of the medics in the field, but more importantly, because of the ready use of helicopters and the other assets available to our troops. Since there is no guarantee that this would be the case in possible future wars with say, Russia or China, the Army has decided to begin training their field medical personnel for that potential possibility. In such circumstances field medics are going to have to know how to prevent the loss of limbs from prolonged use of tourniquets, or learn techniques for preventing damage to the brain or other organs from fluid buildups. 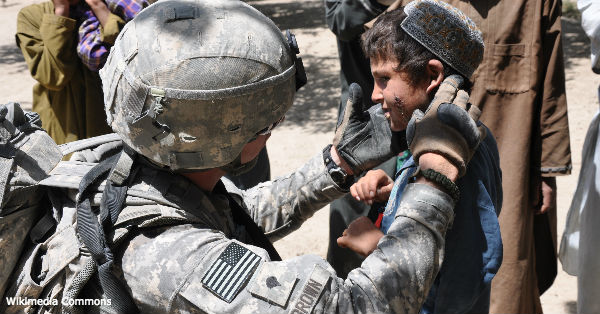 Field medics are going to need basic training in vascular surgery, or to at least have enough training that they will be able to understand and execute procedures in the field relayed to them by surgeons in the rear. This means that the Army is going to be developing more sophisticated and reliable communications equipment for such purposes. These technologies are already available and in use in large hospital systems around the country, but will have to be made practicable on the battlefield of the future. The combat medic may also be equipped with sensors that can be applied to a patient in the field that will monitor vital signs and other information and send that information to the doctors in the rear so that they can forward critical advice to the medic in the field.

These new 68Ws will not be “mini-doctors” so much as they will have the equipment, the technologies, and the basic medical training to be able to perform the necessary critical health care to their soldiers under battlefield circumstances when and if the MEDEVAC capabilities are not immediately available to them. As a former Fleet Marine Force Corpsman who served with Marines in Vietnam, it is clear to me that this new field medical training is far more advanced than the very good training we got in Hospital Corps School and Field Medical Service School during Vietnam. 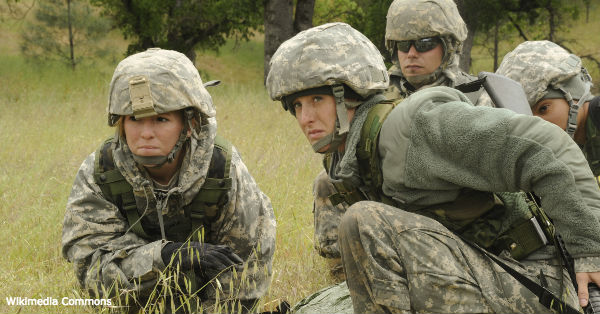 The combat medic has always been an important part of the battlefield environment. Their commitment to care and the survival of their brothers on the field of battle has always been a rich and crucial role in the military story. This new training that the Army is going to be giving to their new 68Ws will make them an even more effective part of the survival successes of their soldiers/Marines in future wars. If the past is any indication, these training techniques will probably become part of the training of future First Responders in the civilian sector as well.

The relationship between the field medic/Corpsman and his/her brother soldiers/Marines is like no other. It is a fact that the combat medic will go to hell and back to save his wounded soldiers/Marines. And the same is true in reverse. It is a brotherhood forged in the crucible of battle and it is a brotherhood that lasts well beyond their time together in the field of battle. This new training will only enhance that bond.

The Veterans Site wishes to honor all those who have served as Medics/Corpsmen in all our military branches. Your courage and your commitment to the lives of your brothers and sisters-in-arms on the field of battle, or aboard ship, has been proven countless times. We thank you and honor your service.