This video will introduce you to a young woman who knows who she is and her meaning and purpose in life. As a 5-year-old child, she was taken to an air show by her parents. When she saw the fighter jets flying over, she knew that was what she wanted to do. Her parents did not try to rid her of that thought. Instead they told their little girl that she could be a fighter pilot if that was what she wanted. That made all the difference in that little girl’s mind. She kept that dream alive. 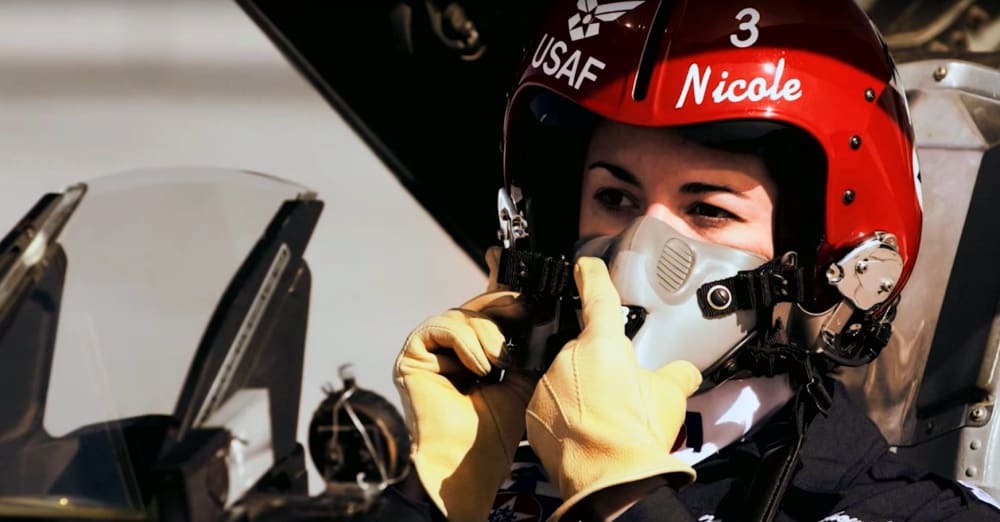 Lt. Col. Nicole Malachowski is an inspiration. She is a model of commitment, effort and skill. Her love of flying, her dedication to her goals, as well as her obvious skills, have brought her to great heights (pun, intended) in the United States Air Force. She truly is one of the best.

When she grew up, she was accepted at the Air Force academy and then trained as a fighter pilot. She was an exceptional pilot too. In order to fly with the elite Thunderbirds, you need a minimum number of flight hours. It took Lt. Col. Malachowski 10 years to accrue the necessary number of hours. The dream of that 5-year-old child was fulfilled when she actually became a U.S. Air Force fighter pilot, but it was exceeded when she was chosen to become a member of the elite Thunderbirds team.

She truly is a role model. She is a role model for women and for all of us. Her dedication, not just to duty and honor but to excellence in everything she does makes her so.

We here at The Veterans Site wish to thank Lt. Col. Nicole Malachowski for her service and for showing us what dedication toward honorable goals looks like. To her and to all who serve now, or who have served with the United States Air Force, we say: