The video below is about the women who serve in one of the Navy’s most gloried and important units; the Mobile Construction Battalions, otherwise known as the “Seabees.” You will get to see several of the women who are currently serving and to hear their enthusiasm for the Seabees in their own words. You will see that they are intelligent, skilled, and very proud to be a part of this elite, storied, and highly decorated unit in the United States Navy’s arsenal.

Being a part of the Seabees is an honor.

Their history goes back to WWII. The motto of the Seabees is: “We build, we fight.” The Navy’s Mobile Construction Battalions were born in 1941 when Rear Admiral Ben Moreell (Chief of the Navy’s Bureau of Yards and Docks), aware of the looming threat of war both in Europe and in the Pacific, recommended that such units be established within the Navy.

The Navy began recruiting civilians from the construction trades. These early units were placed under the authority of the Navy’s Civil Engineer Corps (CEC). The experiences of WWII, Korea, Vietnam, Bosnia, Iraq, and Afghanistan (as well as the skilled aid they have provided around the world in times of natural disasters) have resulted in the development of more sophisticated and varied skill sets. The Seabees have grown with every experience to become one of the Navy’s most elite and highly valued units. 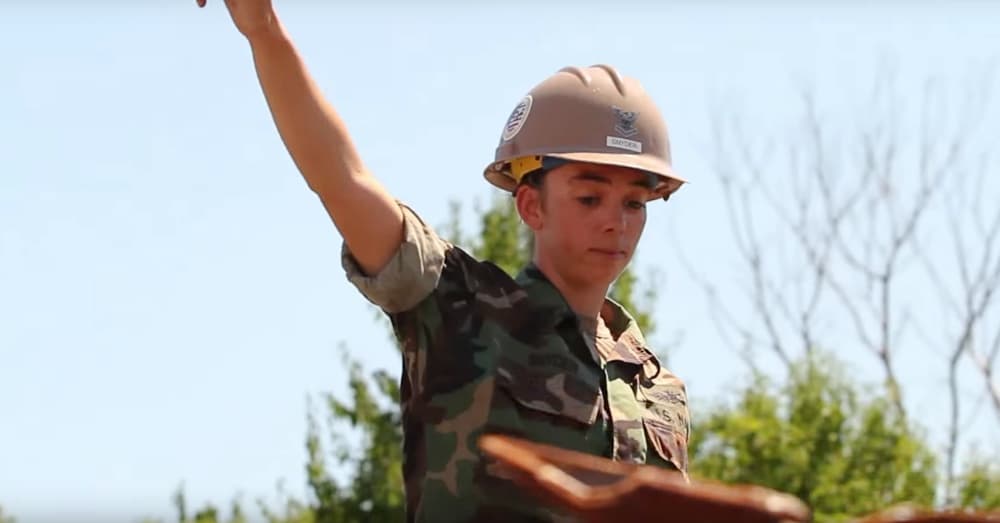 Women began to find positions in the CEC as far back as 1974. But it was in 1994 that women were fully accepted into the Mobile Construction Battalions, the Seabees. Since that time they have become and integral part of every element of the Seabees mission. They are in the highest of leadership roles and are represented in every one of the skill sets of this Naval unit.

They are trained in the skills of combat, just like their male counterparts. Because of the nature of their primary functions, the Seabees are often a vital part of combat operations in combat zones. Female Seabees have proven themselves to be up to the challenges of the Navy’s Mobile Construction Corps. You will see that the women in the video are excellent examples of Honor, Purpose, and Challenge.

sends its respect to all those who are currently serving and to all those who have served in the the Seabees since its inception. We honor the women who have brought honor to the Corps and who help in its purpose, who accept and partake in this unit’s great challenges in times of war and in times of peace around the world.