We are all familiar with the phrase, “All gave some, some gave all.”

It is to those who gave their all in service to their country, who made the ultimate sacrifice, whose blood has soaked into the soil from Lexington and Concord, to Gettysburg and Antietum, to Beleau Wood, Normandy, Iwo Jima, the Chosin Resevoir, Khe Sanh and Hue, Fallujah and Helmund Province of Afghanistan, that we owe our freedom and our greatest praise.

Most of those who fell fighting with and defending their brothers on the battlefield against those who threatened the innocent, and those who were determined to destroy democracy around the world, most often fell anonymously. Their names are unknown to most of the world. They are remembered by their families and those who fought with them, but are unknown to most of the rest of us. Yet it was their sacrifices that freed the nation from tyranny, that held it together when rebellion arose, who saved whole cultures from the dictatorships of power hungry tyrants. 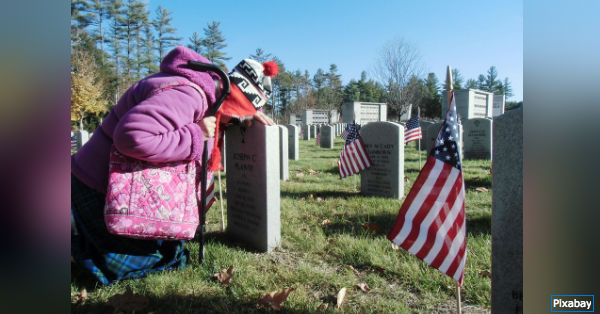 Many have fallen thousands of miles away from home defending people they did not know. Yet they made their ultimate sacrifices in service to a noble idea, and in defense of the men on either side of them.

It is up to us who are the beneficiaries of their sacrifices to remember them and honor them by doing what is necessary to keep the ideas of freedom and democracy alive and well in the world today.

Let us take some time today to remember the fallen. Let us remember, too, thier families. Their lives, given in defense of the Constitution of the United States of America, represent the great and terrible cost that was paid for the freedoms we all enjoy.