The Tet Offensive of 1968 began at Khe Sanh on Jan. 20, 1968, a good week or more before it exploded over the length and breadth of the Republic of South Vietnam.

On Feb. 6, 1968 the village of Lang Vei was hit hard by a large force of North Vietnamese troops supported by tanks and artillery. 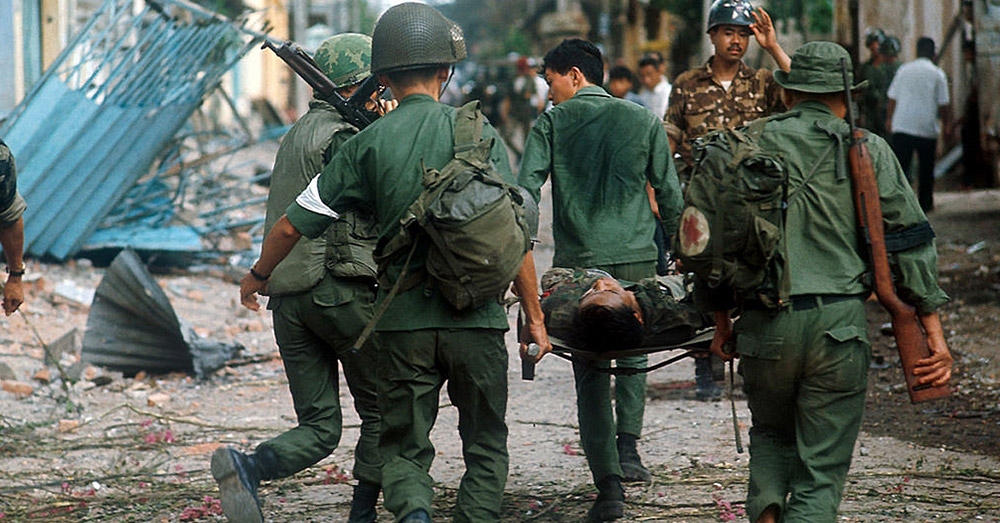 Source: flickr/manhhai
Vietnamese forces during the Tet Offensive in 1968.

They were up against superior numbers of well-trained, equipped, and armed NVA. When Ashley, Jr. and his men first arrived, he began calling in and directing airstrikes and artillery support to keep the NVA off of the Lang Vei base. He then organized his men and led them in five separate assaults against the enemy forces, still calling in the air and artillery support. Each time, he exposed himself without regard to his own well-being, leading his small assault force under heavy machine gun fire. 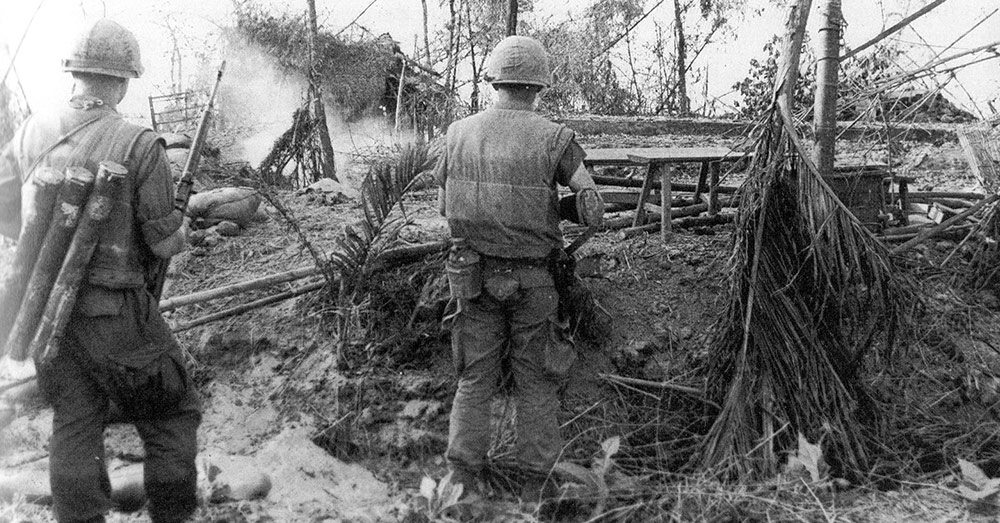 Source: Wikimedia Commons
U.S. Marines move through the ruins of the hamlet of Dai Do after several days of intense fighting during the Tet Offensive.

They were so close that the NVA troops were throwing hand grenades at him and his men. It was an up close and personal fight.

As he advanced, he also had to contend with satchel charge booby traps that the enemy had hastily placed in many of the bunkers that they had already taken. During one of the assaults, Ashley was hit by machine gun fire, but continued to lead. On the fifth assault, he called in air support so close to his own position that the enemy was forced to move back and it gave his men the opportunity to take control of the summit. 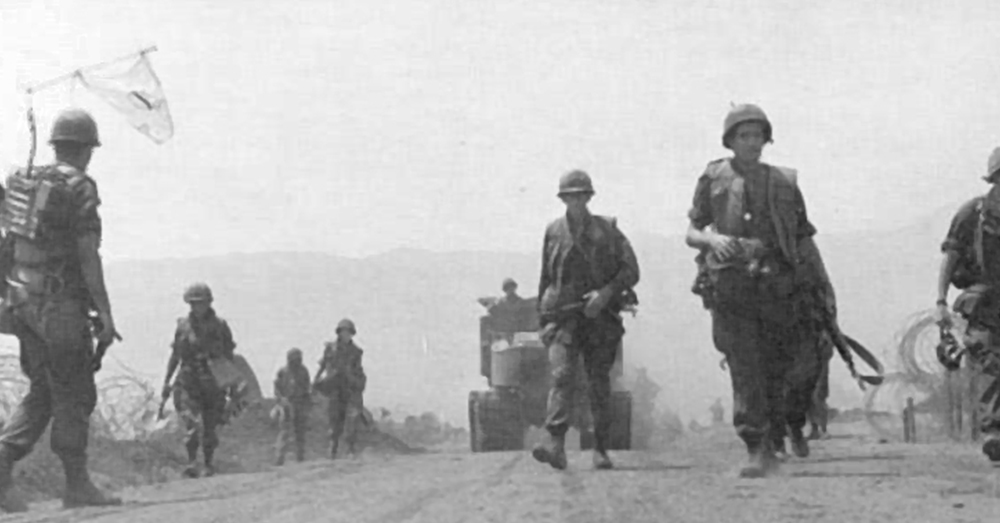 There, he finally fell unconscious from the bleeding of his wounds and was carried off the summit by his comrades. Unfortunately, he was killed by an enemy artillery round that landed near where he had been taken for eventual medevac.

For his unselfish valor in those actions that day during the Battle of Lang Vei, Sfc. Eugene Ashley, Jr. was awarded the Medal of Honor. He became the first Black Special Forces member to receive the nation’s highest medal for conspicuous bravery in the face of the enemy. 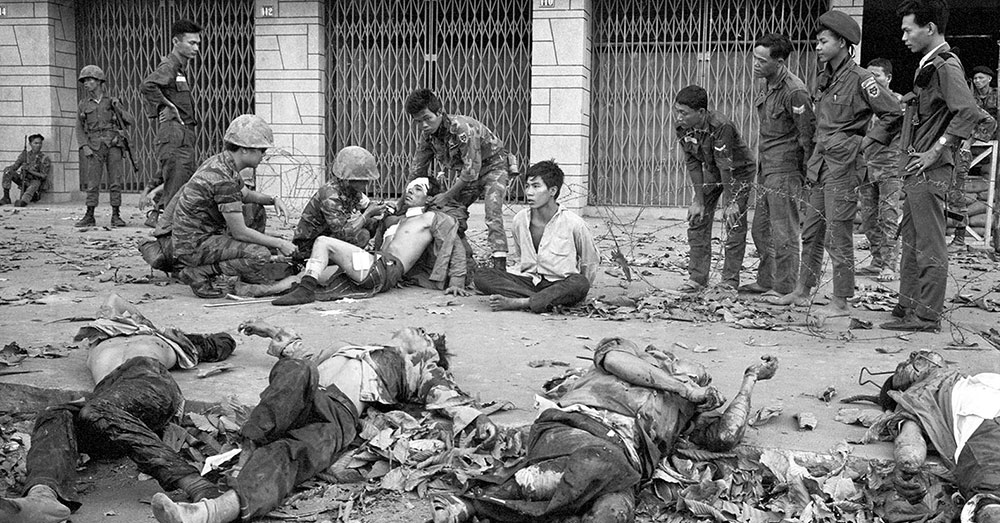 Eugene Ashley, Jr. was born in South Carolina around 1934, but his family soon after moved to New York City. He graduated from Alexander Hamilton High School in NYC, joined the U.S. Army in 1950 and first saw action in Korea. 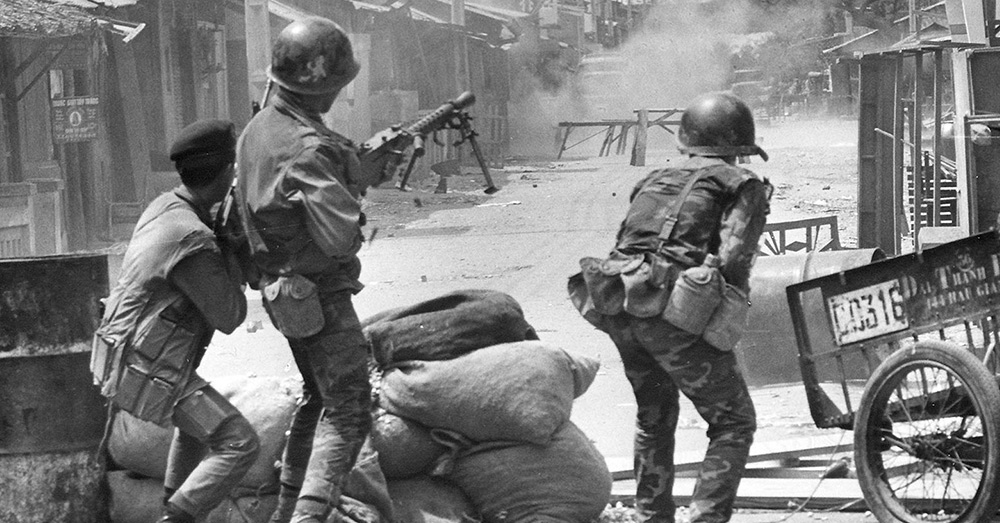 Source: flickr/manhhai
South Vietnamese Rangers and police fire automatic weapons at trucks and people in the streets of Cholon, the Chinese sector of Saigon, during the Tet Offensive, Feb. 7, 1968.

The Veterans Site honors the memory of this heroic Special Forces soldier, Eugene Ashley, Jr. His honor, his character, his dedication to his fellow soldiers, both American and South Vietnamese, and to his country, are a model for all of us to look up to and to emulate.

Rest in peace good warrior. We have the watch. We will not forget!