The True Story Of The Man Who Went AWOL, Changed His Name, And Earned Two Medals of Honor

Today’s story has a few twists and turns in it, each of them adding up to the history of one hell of a Marine. His name? Well, I’ll leave that, as Paul Harvey used to say, “to the rest of the story.” But the ultimate fact of this story is that this Marine was one of only 19 in U.S. military history to be a double Medal of Honor recipient.

He was born Ernest August Janson on Aug. 17, 1878. Under that name, when he came of age, he enlisted in the United States Army and served for 10 years. Then, something must have happened that apparently caused him to go AWOL from the Army in 1910. Shortly thereafter, he enlisted in the United States Marine Corps under the name Charles Hoffman. When this four year enlistment was up in 1914 Hoffman was honorably discharged with the rank of corporal.

Within a few days, “Charles Hoffman” enlisted again in the Marine Corps and was made a sergeant. 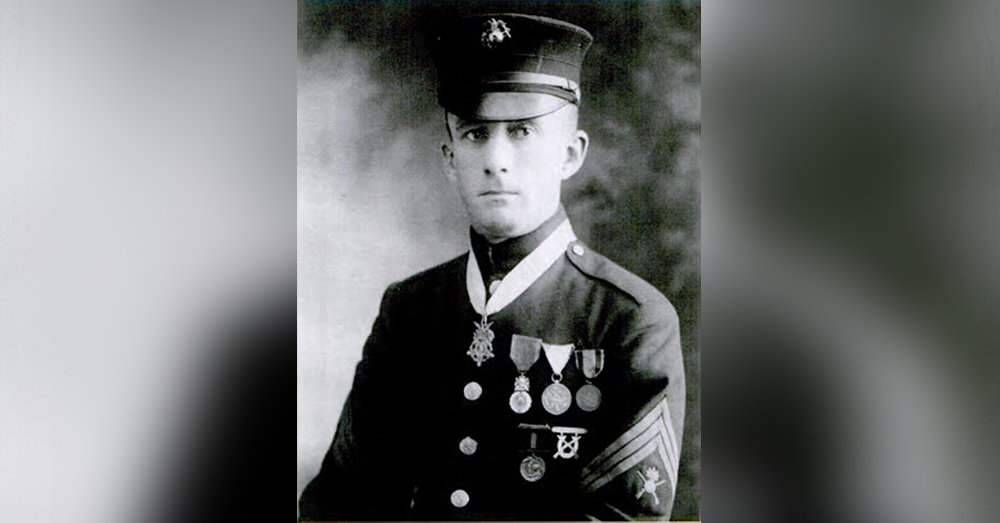 While in the Corps at this time he served mostly on various Navy vessels until May 1917. He was given orders to go with the 5th Marine Regiment to France to help in the effort to defeat the Germans. This was toward the end of WWI. He was raised at that time to the temporary rank of Gunnery Sergeant for the duration of the war. The 5th and the 6th Regiments of the Marine Corps were ordered under the Army’s 2nd Division to Belleau Woods in June 1918 to push back the Germans. Hoffman was 39 years old at this time, one of the oldest men in the unit.

His unit was assigned the mission to move forward from the American lines and to take Hill 142 and to hold it. They did this, but the Germans were not keen on this, and they counterattacked by sending a unit of light machine gunners to throw the Marines back off of that strategic hill.

Hoffman saw a group of 12 Germans with five light machine guns advancing on his location. He warned his unit of their approach, then charge against them alone. He rushed at the dozen advancing Germans with his bayonet and killed two of them.

To those Germans, he must have appeared like something out of hell, because the rest of them with their superior firepower, turned and fled from the field. 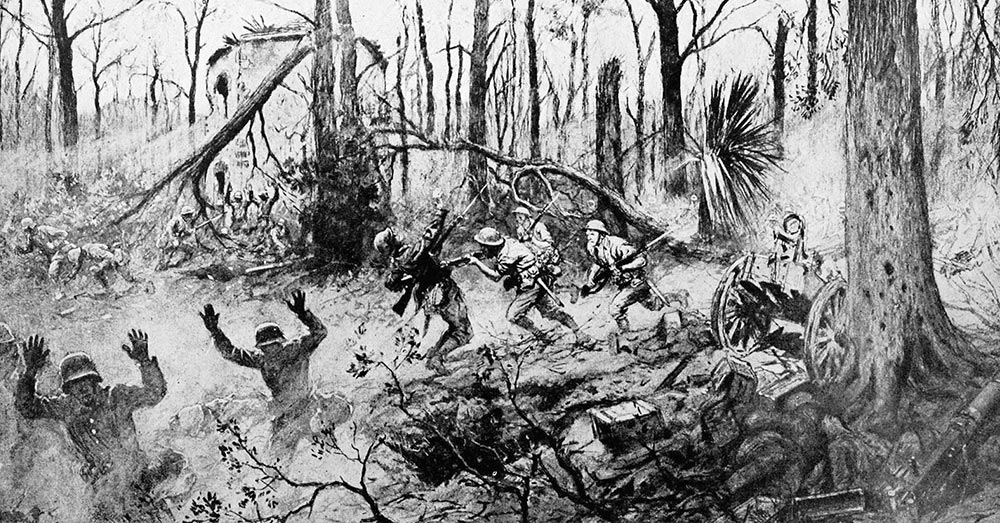 Source: Wikimedia Commons
World War I: The fight of the U.S. Marines in Belleau Wood. From the painting by the French artist Georges Scott.

It was for his actions in this incident that he would receive both the Army and the Navy Medal of Honor. This was because the 5th and 6th Marine Regiments were fighting under and within the Army’s 2nd Division, and because the Marine Corps falls under the United States Navy.

The rules have since changed so that this no longer happens. The Medal of Honor is listed under the name Charles Hoffman. It was the first to be awarded to the American Expeditionary Forces.

Belleau Wood saw the highest casualty rates in the history of the Marine Corps up to that time. The 5th and 6th Regiments suffered 1,087 KIA or WIA in the first full day of battle. This casualty rate would not be overtaken until WWII. 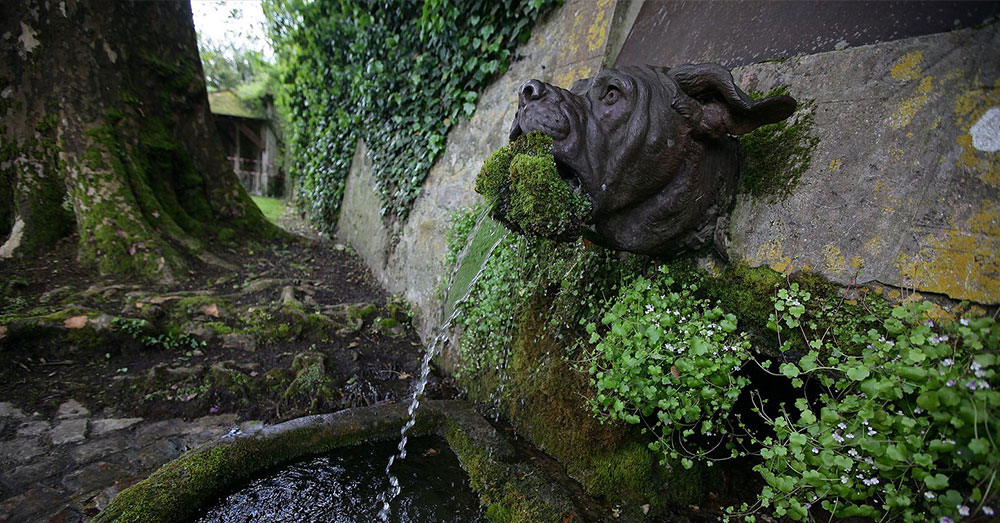 Source: Wikimedia Commons
The Devil Dog Fountain in the Chateau of Belleau, France.

Hoffman would return home and recover from his wounds at a Naval Hospital in New York. He was again honorably discharged in 1918. But he was not done with the Marine Corps. Hoffman would actually enlist two more times, mostly serving as a recruiter in New York, before retiring from the Marine Corps as Ernest Janson in 1926 at age 49 as a Sergeant Major. Hoffman had changed his name back to his birth name in 1921. 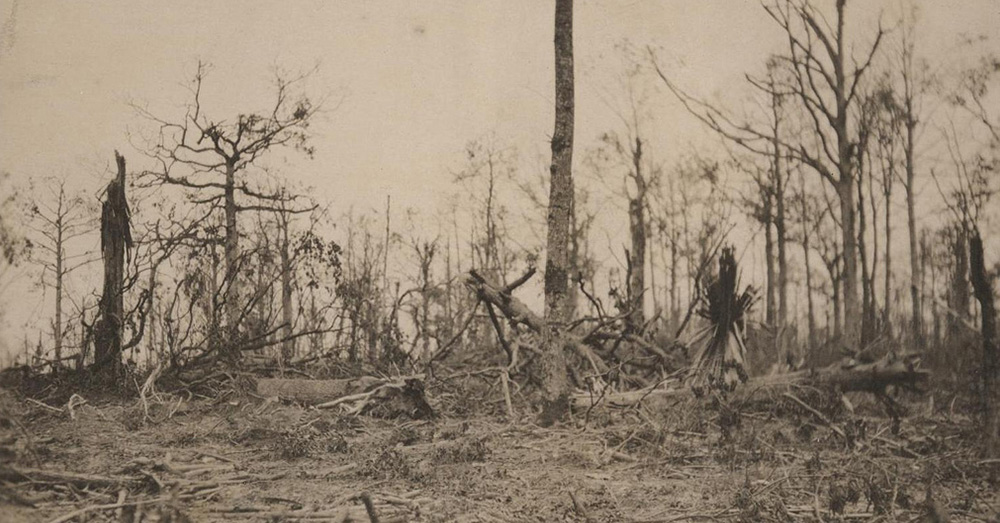 Source: flickr/USMC Archives
Every tree in Belleau Wood bears the scars of battle.

Ernest Janson/Charles Hoffman lived one adventurous life. He clearly loved the Marine Corps. He couldn’t stay away from it. He died on Long Island in May 1930, and is buried in Evergreen Cemetery in Brooklyn.

The Veterans Site honors the memory of this perpetual Marine, Ernest Janson/Charles Hoffman. He, along with all the Marines in the 5th and 6th Marines in WWI truly earned the nickname “Devil Dogs.” Every one of them was awarded the Croix de Guerre by France for their heroic and determined battlefield efforts in France at the end of WWI.