Edward Tipper, a paratrooper in the 101st Airborne Division’s famous Easy Company in World War II and one of the last surviving members of the “Band of Brothers,” has passed away at age 95. Famous for his D-Day heroism with the rest of the Normandy Invasion troops, he spent the majority of his life inspiring others as a high school teacher in Colorado.

A recipient of the Purple Heart and Bronze Star, Tipper was a hero of exceptional caliber. He volunteered to be a paratrooper after the attack on Pearl Harbor. He parachuted into Normandy on D-Day. He was subsequently wounded by an explosion and was hospitalized for a year. Tipper even received the French Legion of Honor Medal, France’s highest military honor.

D-Day occurred on June 6, 1944, with the Allies storming the beaches of Normandy, France. From land, sea, and air the U.S. military led the assault on five beachfronts along with troops from the United Kingdom, Canada, and other countries. The 101st Airborne Division parachuted onto Utah Beach. It was an intensely bloody and hard-fought battle, with an estimated 10,000 Allied casualties, but the Allies’ victory there paved the way for the liberation of the Western Front and the eventual defeat of the Nazis. 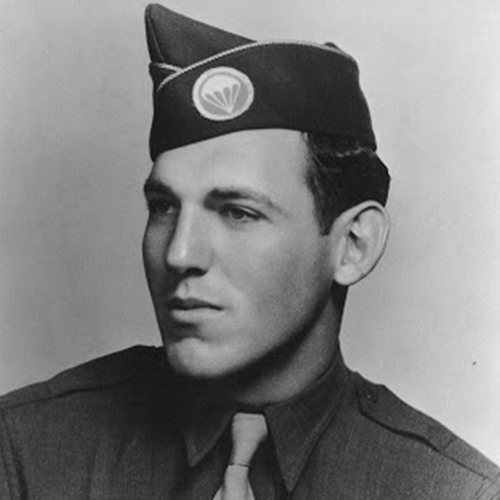 Tipper was part of the original Easy Company, comprised of 140 men. They were joined by various other divisions, including the 82nd Airborne Division, the 4th Infantry Division, and the 90th Infantry Division on Utah Beach. After the victory, the U.S. troops made their way into France. It was here that a mortar explosion severely injured Tipper, breaking both his legs and injuring his right eye.

While in recovery at military hospitals for a year, Tipper was told by his doctors that he would never fully recover. In fact, he was given an actual list of things he would not be able to do again. That didn’t sit well with the paratrooper from Detroit, Mich. “He was defiant above all,” said his daughter, Kerry Tipper. “He just refused to accept people’s limitations.”

That fighting spirit led him to pick up handball at the University of Michigan, once he was discharged from the hospital. His daughter said, “He didn’t really care about handball. He just wanted to be able to do it.” In fact, Kerry said her father pushed limits to stay active his entire life and even remained an avid skier into his 80s.

Despite his heroics and personal sacrifice for his country in WWII, it was in civilian life that Tipper found the most joy and pride. Kerry Tipper said of her father, “His greatest sense of pride and accomplishment came from being a loving son to his mother. It came from his near 30 years of teaching. From his years traveling the world. And finally, from the 34 years he gave to his small, but adoring family.” 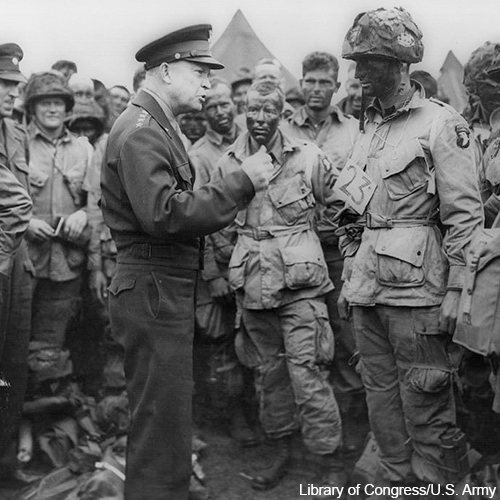 After the war, Tipper got his undergraduate degree from the University of Michigan, his master’s degree at the University of Northern Colorado, and then attended the Colorado State College of Education. He became a high school teacher of English Literature, first in Iowa and then in Colorado, for nearly 30 years.

Tipper and the other members of the Easy Company, 101st Airborne Division were immortalized in the book by Stephen E. Ambrose and television miniseries, both titled Band of Brothers. Actor Bart Ruspoli portrayed Edward Tipper in three of the series’ ten episodes.

In 1951, on the occasion of his retirement, General Douglas MacArthur said before Congress that “old soldiers never die, they just fade away.” After his actions on D-Day and the injuries that followed, Pvt. Edward Tipper faded away from the Army to lead a life of education, teaching, and family. We remember Edward Tipper with respect and gratitude for his courage on the battlefield and his dedication as a teacher and family man.