Military-Woman Boards Plane, Man Gives Up His First Class Seat For Her 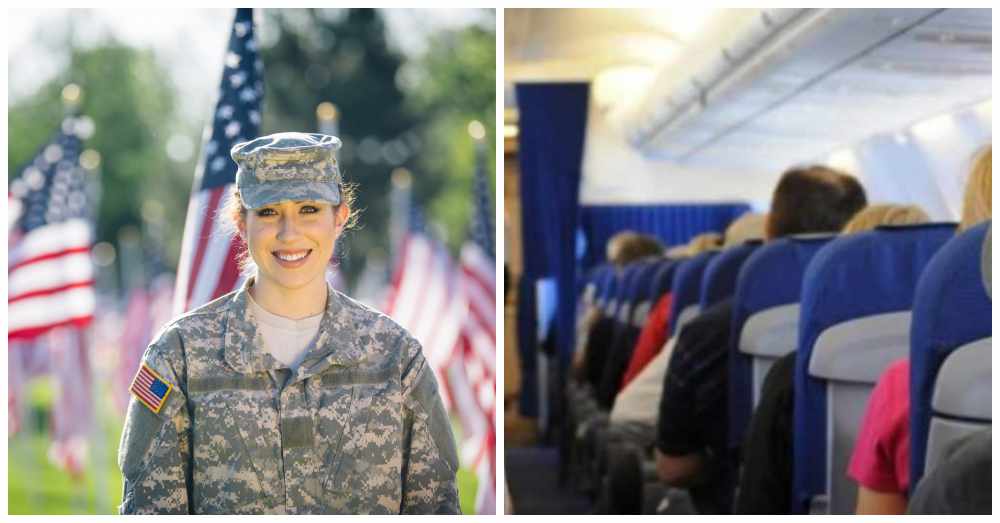 A woman named Jessica Titus recently witnessed a beautiful act of kindness towards our military personnel. A man, who remains anonymous, had been sitting in a first-class seat when he noticed a female army officer heading for a middle seat in coach. He immediately got up from his seat and said, “Sorry, ma’am, I’m in your seat.”

The woman, who also remains anonymous, said that there was no way he could be sitting in her seat, because her ticket said 31B, a middle seat in coach. But the man walked away, leaving the army officer with a new first-class seat while he took hers in coach. The officer was touched and so was Jessica, which prompted her to send the story to the Facebook page of Love What Matters. 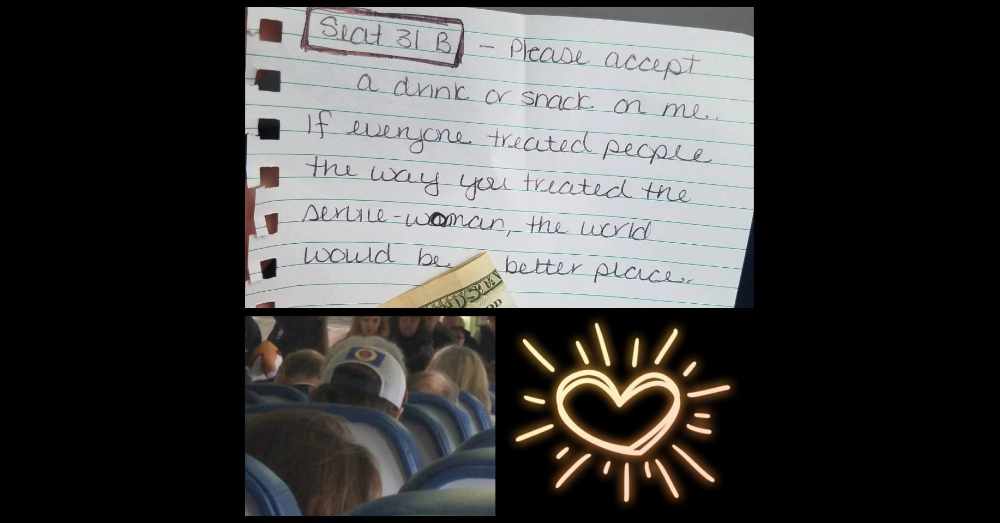 Jessica was so incredibly moved by the man’s beautiful act of kindness that she decided to whip up a little something to keep on paying it forward. She prepared a note for the man now sitting in 31B.

The note said, “Please accept a drink or snack on me. If everyone treated people the way you treated the service-woman, the world would be a better place.” The man respectfully did not accept her money, but he did express just how grateful he was that he was able to inspire someone else to pay it forward. 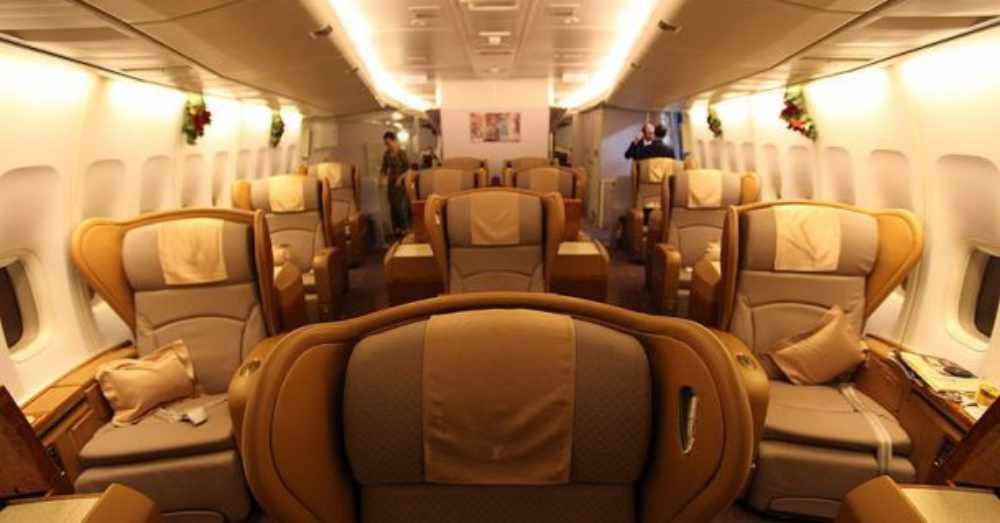 The post on the Love What Matters Facebook page has since gone viral, garnering almost 40,000 Facebook reactions, almost 300 comments, and just over 3,000 shares. Many people have been sharing their thoughts on the beautiful story, some of them even sharing their own experiences of someone doing this for them.

A woman named Kate Nixon wrote, “Someone did this for my husband and me on our flight back to Kansas from California. Forever grateful for people’s appreciation for our service men and women, especially my husband.” 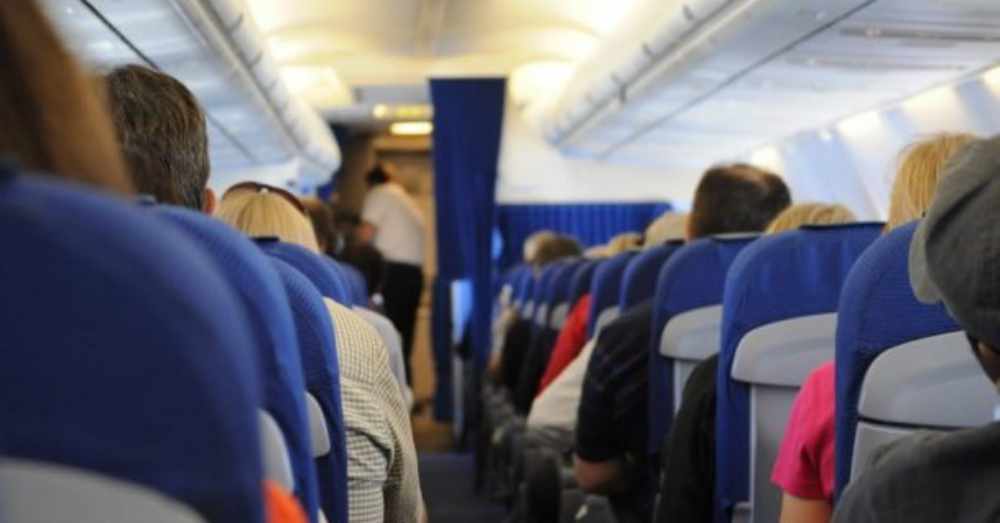 Another Facebook user by the name of Allie Beeston says, “Respect is never wasted…lead by example…live by good deeds…love unconditionally and never be afraid to step aside to honor others.”

One of the top comments says, “It’s not politicians or celebrities who are making America great. It’s people like this man. “Ordinary” people doing extraordinary deeds to help their fellow man. Thank you, sir. And thank you to the servicewoman he helped.” 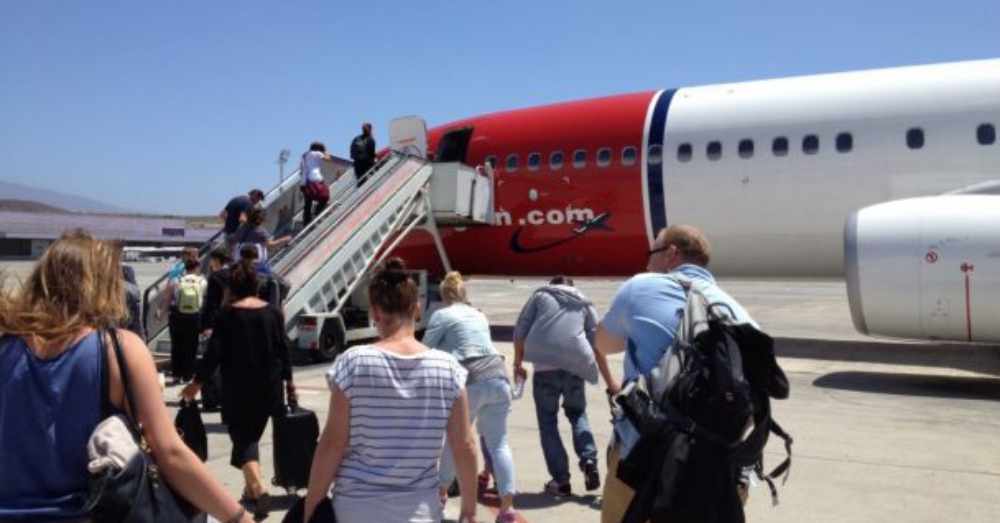 Be sure to SHARE this article if this story reminded you of the good people out there in the world.

Check out the news coverage below on a new series called “The Kindness Effect,” where people continue to pay it forward when inspired by acts of kindness, just like Jessica in this story was: