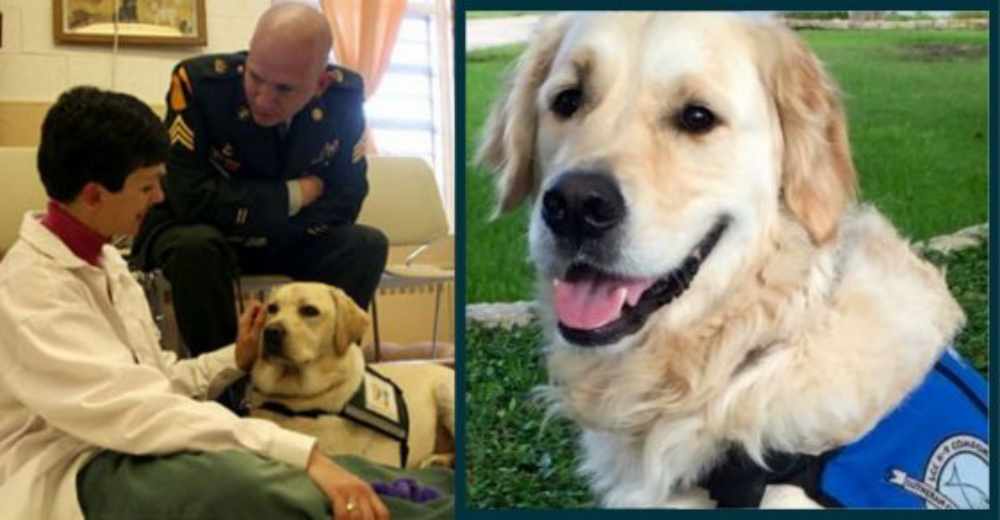 One disabled veteran by the name of Bill Campbell acquired a service dog, Pax, after he was deemed 100% disabled due to a concussive brain injury. Pax was a yellow labrador, trained specifically to help Bill tend to his everyday needs. He was trained at a women’s correctional facility, so Bill took it upon himself to reunite his service dog with those who trained him.

Campbell also struggles with PTSD and anxiety, as happens to many veterans after they leave the military. Pax was able to help restore a sense of freedom and identity with Campbell again, and he felt incredibly grateful. He wanted to say thank you by bringing Pax back to Bedford Hills Correctional Facility for an emotional reunion. 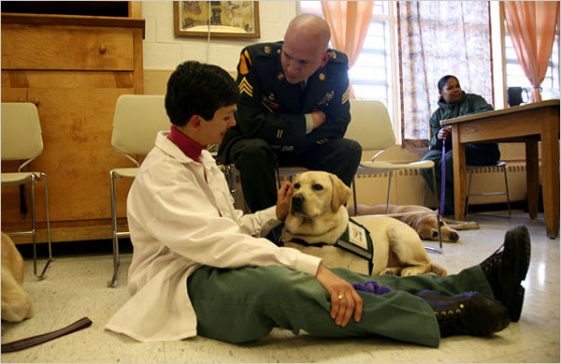 When Pax saw his old trainer, Laurie Kellogg, at the correctional facility, he bolted directly to her. He remembered exactly where he was and who Laurie was. Pax was super excited to see his original trainer again, and she welcomed him in for a hug with open arms! It was an electrified reunion between the two.

As the photo shows, Campbell sat down with the women in the facility to talk about Pax and his impact. But Laurie knows firsthand what Pax can do for someone who is struggling. She says, “I too had P.T.S.D. After years of domestic violence. I too had flashbacks. Pax knew.” 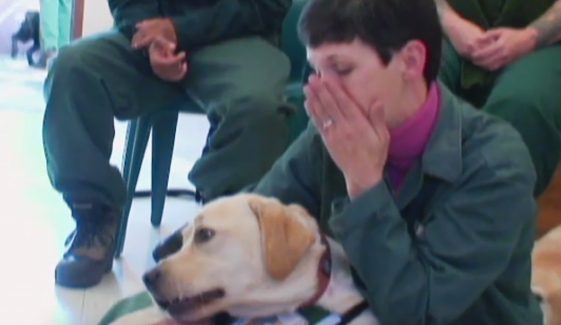 “I knew he would make someone feel safe. He made me feel a sense of freedom in a place I was supposed to feel anything but,” Laurie explains.

She did not want to give him up, but she knew that Pax had a special gift to give to someone else in need.

Laurie is part of a 27-woman group that trains dogs for the Puppies Behind Bars program. When Pax originally left Laurie to go to Campbell, she would keep his old water dish just to preserve the memory of the service dog she loved so dearly. 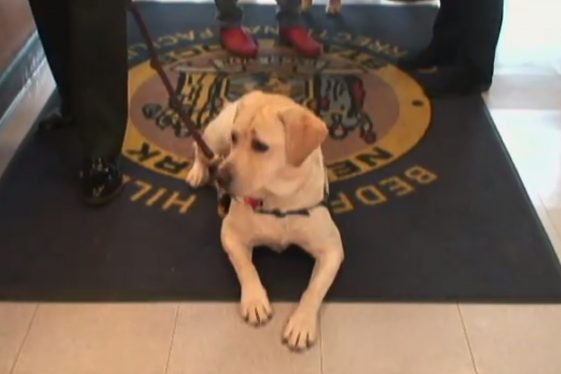 Laurie continues, “I never thought I’d see him again. If they opened the doors and let me out of prison, I wouldn’t feel this good.”

Those are some bold words for our good furry friend Pax here! What a beautiful story. Take a look at the full video footage below to see Pax interact with both Campbell and Laurie!