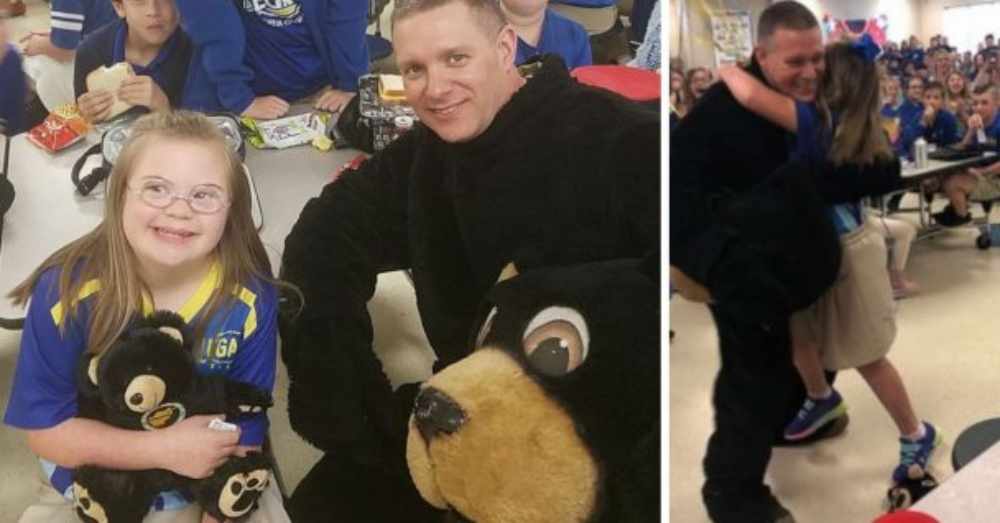 One military father surprised his daughter in the sweetest way! Air Force Lieutenant Colonel Keith Cowell had been deployed for ten months in Afghanistan and decided to become his daughter’s school’s mascot in an effort to surprise her. His daughter, Kindle Rose, had no idea what was coming, and she was extremely shocked and happy!

Cowell said that the plan was formed courtesy of his wife, who began to devise the plan with the school resource officer and principal. The whole school was involved and very supportive of the plan. 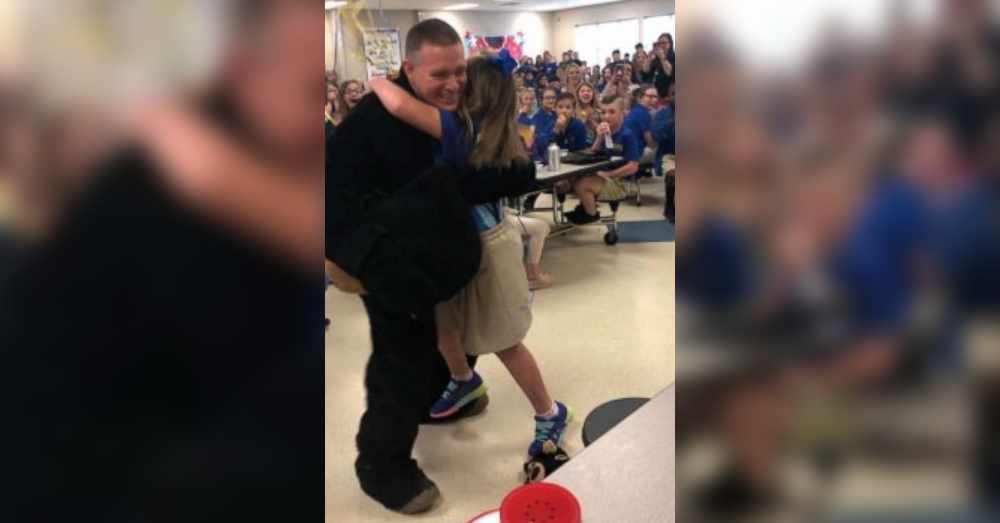 “She loves surprises. She’d been looking forward to [me coming home] for weeks,” Cowell revealed to Good Morning America. 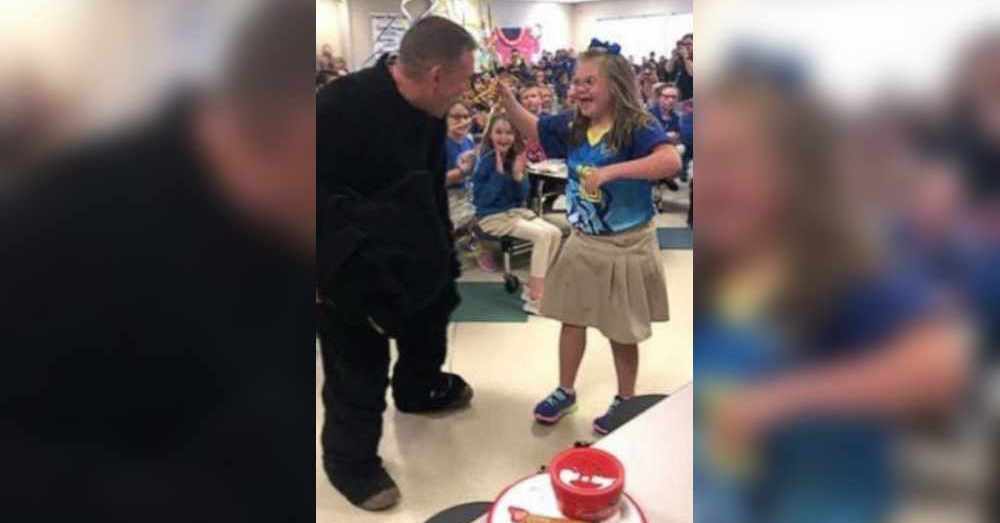 Cowell began walking through the cafeteria where his daughter and all the other school kids were. He was shaking hands with the kids and high-fiving them. He was carrying a bouquet of balloons and a teddy bear before he stopped in front of Kindle and presented her the gifts. He then revealed who he actually was and the entire cafeteria was clapping and cheering.

“It was precious. It was sweet. Everybody was crying,” the school principal said. “It was a tender moment. I was glad that I got to be a part of it.” 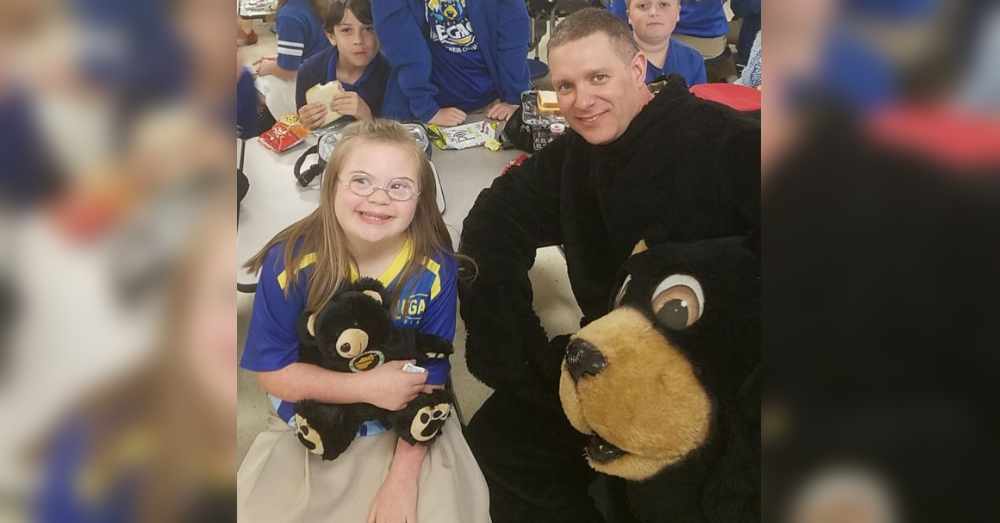 Cowell opened up about how great it was to see his daughter’s reaction to him being inside the mascot costume. “I was excited to see her reaction. We just can’t harp enough that the people were all excited and crying to see that Kindle was gonna get this happy moment, and that was really cool to see.”

Family members have even vouched for everyone else that the moment was incredibly emotional and everyone pretty much lost it. 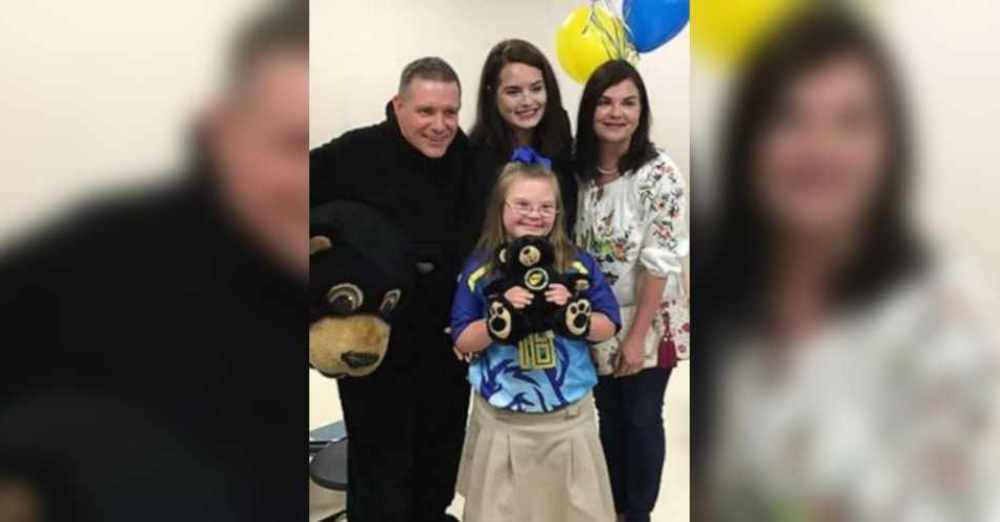 The principal of the school posted the video of the touching reunion on the school’s Facebook page with the caption, “Today we had the honor of hosting a precious reunion for one of our Legacy students as her daddy returned home! So thankful for his service to our country.”

Be sure to SHARE this article if this story warmed your heart as it did ours!

Check out the full reunion video below:

Air Force Family Gets Huge Surprise At Baseball Game: Click “Next” below!