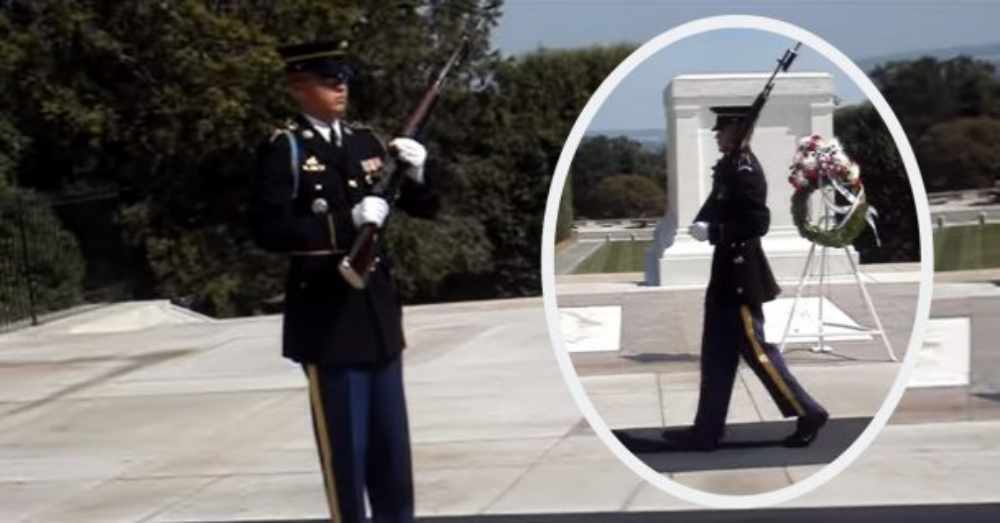 A video is going viral of a service guard calling for the crowd’s attention as they disrespectfully laugh and show a lack of attention to the ceremony. The guard demands silence and respect from the crowd, which he immediately earns, as he leaves everyone completely speechless.

Any ceremony that involves honoring our servicemen and women demands the utmost respect, silence, and appreciation. Many of the commenters on the video agree that the soldier did the right thing by demanding attention. The video has amassed almost 14 million views so far. The ceremony took place at the Arlington National Cemetery, and it was a ceremony for the Tomb of the Unknown Soldier who served our country in battle. 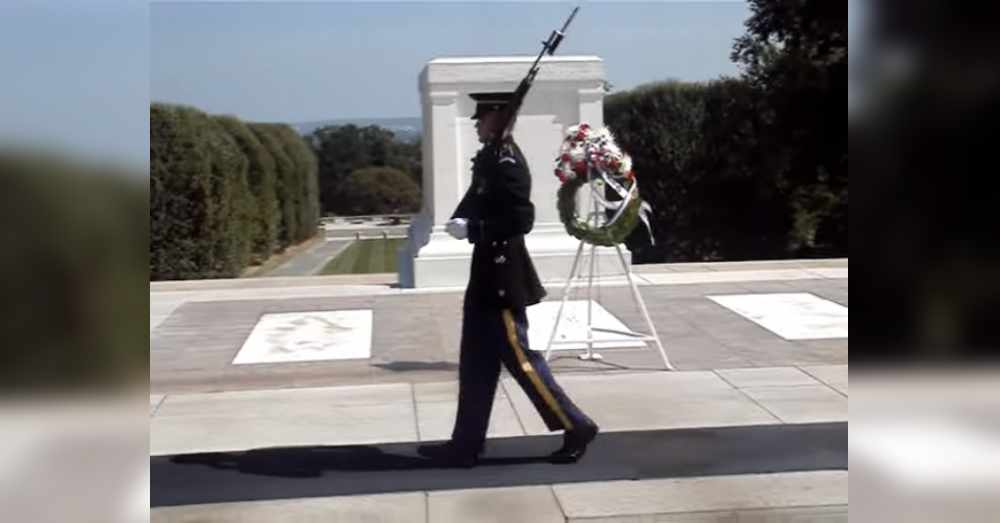 One commenter said, “The people who guard this tomb are essentially the top 0.1% of soldiers and are distinguished above their peers for their military dedication. I would not disrespect them.”

Another said, “No matter what your beliefs/ideals are, a burial site is no laughing matter! You might not agree with what they fought for, but precious lives were taken, and that is an awful thing! Show respect, or just be silent! If you need to, you can still express your feelings about these matters on the right forums. And this goes for all the tombs all over the globe!”

Please SHARE this article if you agree with what the service guard did in demanding respect during this important ceremony.

Check out the full viral video below:

Learn The History Of The Tomb of The Unknown Soldier: Click “Next” below!