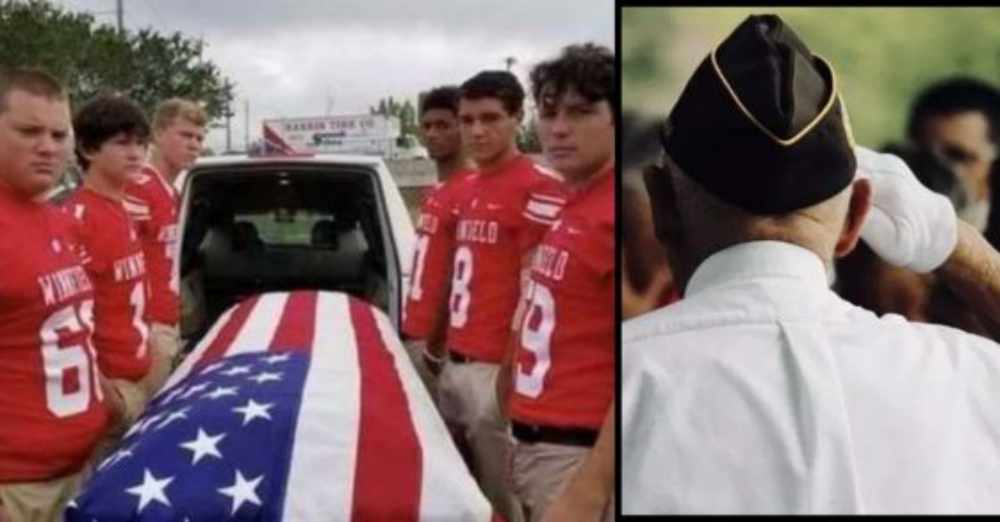 Thomas Hunter was a war veteran who served from 1942 to 1949, and much of that front and center in the battlefield. He risked his life so that so many others to have freedom. He even served during the D-Day invasion of World War II. By the end of the war, Hunter would go on to live a normal life, but his memories of war always stuck with him.

Hunter did not marry, but he was very happy in the company of his six siblings. However, he never guessed he would grow old and not have many relatives beside him. But that’s exactly what happened. On September 12th of last year, Hunter passed away at the age of 93. His surviving nieces did not know who would be able to carry their uncle’s casket. That’s when 6 teens in a different kind of uniform stepped in. 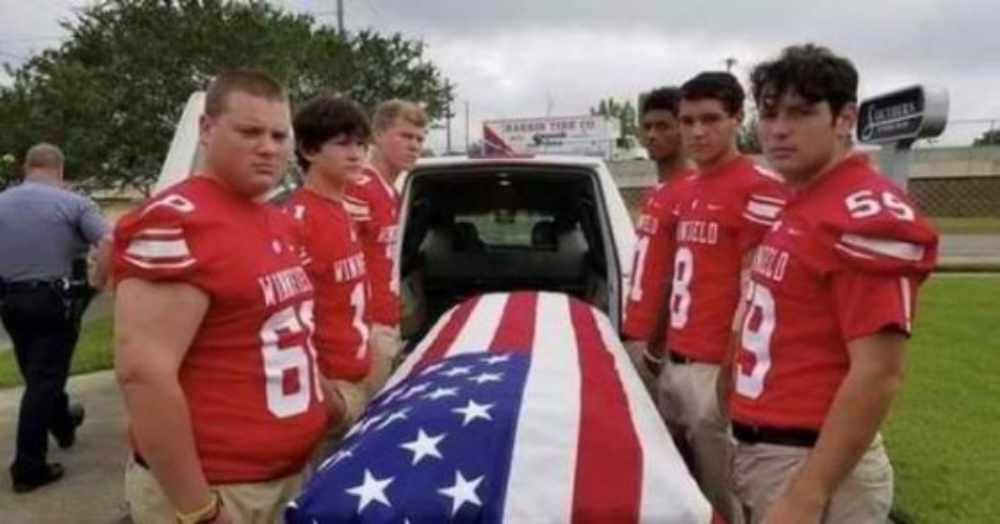 Bryan Price, the director of the funeral home, reached out to the local football coach, Lyn Bankston. He was able to help by recruiting some of his finest players to help carry the casket of this honorable veteran. They, of course, were happy to help. The men from the football team who helped carry Hunter’s casket were Brett Jurek, Justin Lawson, Matthew Harrell, T.J. Homan, Lee Estay, and Christian Evans.

“These are all young men who are leaders in our program and our community. They know the sacrifice Mr. Hunter made and it meant something to them,” Bankston explains.

The young men were more than happy to help 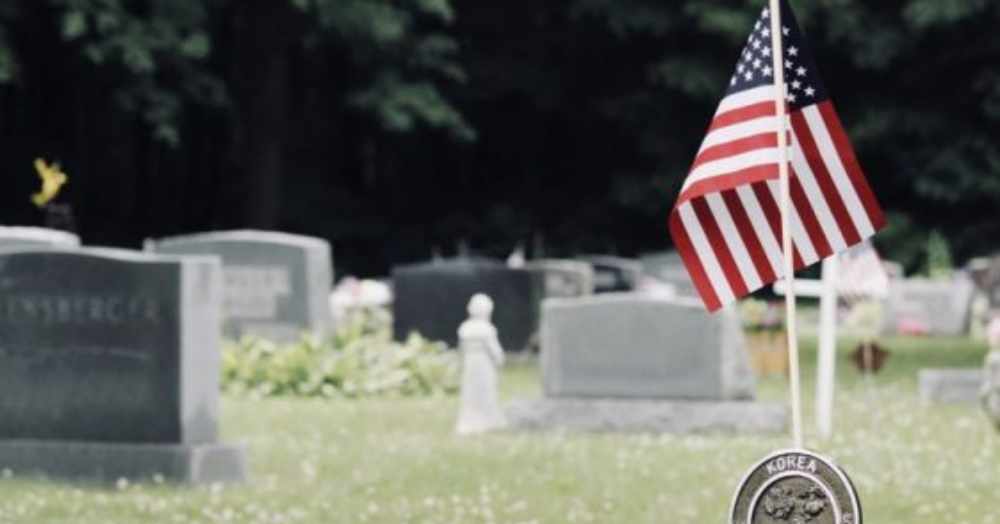 The young men on the football team didn’t have military uniforms to wear to the funeral, so they asked permission to be able to wear their football jerseys. Bankston agreed, and the young men wore their school colors proudly.

“The kids asked if it was appropriate for them to wear their jerseys, and I said, “Absolutely, because you and this program stand for exactly what Mr. Hunter stood for when he was serving this country,” Bankston shares. 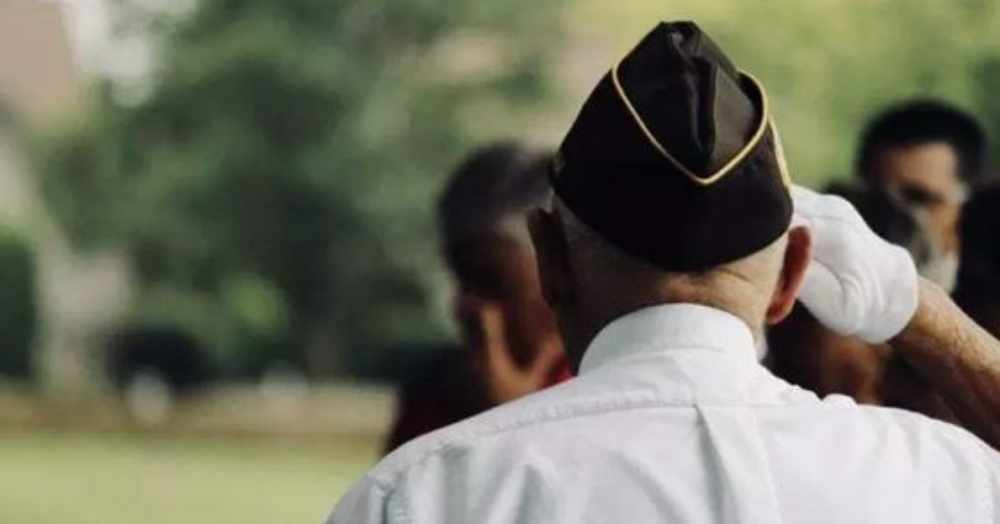 U.S. Rep. Ralph Abraham acknowledged the gesture of these gentlemen during his speech on the House floor:

“They didn’t know this man, but they knew that every veteran deserves to die with dignity and be honored for the sacrifices he made in defense of this nation,” Abraham said. “I think the actions of these young men speak volumes about what’s truly important – country, community, family, God.”

A huge thanks to these young men for stepping up to the plate and carrying this war veteran’s casket! Especially when no one else was available. It is truly an act not only of kindness but of honor. Check out the video.

Veteran Carries Fellow Marine Up A Mountain After He Lost His Legs In Afghanistan: Click “Next” below!